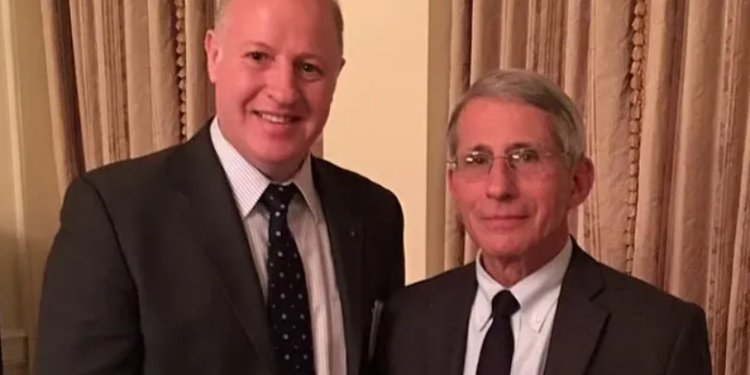 U.S. health officials have given Peter Daszak’s hugely controversial research organisation EcoHealth Alliance another $650,000 (£580,000) grant to experiment on Covid-like viruses – despite widespread suspicions including among U.S. Government officials that similar work sparked the pandemic. The Mail has more.

Such research, known as ‘gain of function’, can see viruses deliberately engineered to become more dangerous to humans.

EcoHealth Alliance’s five-year experiment will investigate “the potential for future bat coronavirus emergence” in Asia, with scientists set to trawl caves in Myanmar, Laos and Vietnam in the hunt to prevent another viral crisis.

The grant was awarded last month by the National Institute of Allergy and Infectious Diseases (NIAID), which is still run by Dr. Anthony Fauci.

Dr Fauci is known to be close to Dr Daszak, who thanked the American Government’s departing chief medical adviser for downplaying theories that Covid may have been created in a lab.

EcoHealth Alliance is said to have received $60million (£53.5m) in federal cash over the past decade. Some of this money was funneled straight to the Wuhan Institute of Virology…

Daszak’s group, which bizarrely evolved from a save-the-manatees non-profit to a top champion of viral gain-of-function research as it chased federal funding, has long been at the centre of questions about the origins of Covid.

The lengthy report that was published in Vanity Fair, based on dozens of interviews and more than 100,000 leaked internal documents, detailed how EcoHealth operated in a world of “murky grant agreements, flimsy oversight, and the pursuit of government funds for scientific advancement, in part by pitching research of steeply escalating risk”.

The report did not offer conclusive evidence as to whether Covid leaked from the Wuhan lab that worked closely with EcoHealth, or was transmitted to humans by an animal in a “natural spillover” event, as Daszak has long insisted.

But it does outline the lengths to which Daszak – and Dr. Fauci, whose agency helped fund his research – went to try to cast doubt on the lab-origin theory and downplay the potential role of risky research that EcoHealth supported in Wuhan.

In 2014, the National Institute of Health approved a $3.7million grant to EcoHealth titled Understanding the Risk of Bat Coronavirus Emergence, the purpose of which was to create a sort of pandemic early-warning system.

The research involved gathering bat coronaviruses in China and studying them at the Wuhan Institute of Virology (WIV), as well as mixing components of SARS-like viruses from different species to create a novel chimera that was able to directly infect human cells…

Facing a funding shortfall when certain grants expired, EcoHealth in 2018 submitted an even more ambitious research proposal to the Defense Advanced Research Projects Agency, or DARPA.

The plan titled Project DEFUSE involved partnering with WIV to engineer bat coronaviruses to be more deadly, by inserting genetic features that are similar to those found in SARS-CoV-2, the virus that causes Covid.

In their response, DARPA officials slammed the plan as risky for failing to address significant ethical legal and social concerns, refusing to issue the $14.2million grant.

Stop Press: Michael Senger has written about this story here.

Cut Gas Use by 13% to Avoid Blackouts This Winter, IEA Warns Europe