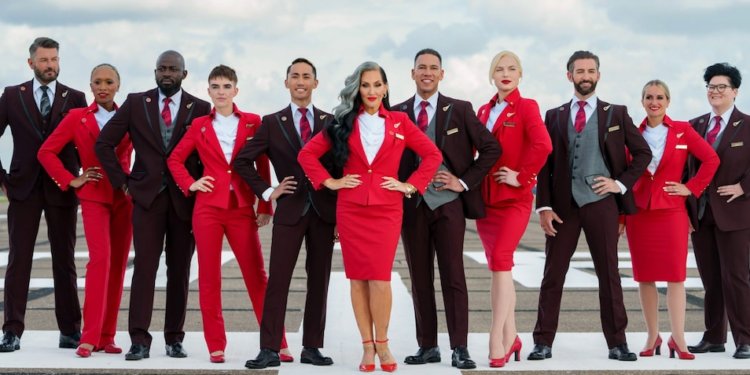 Virgin Atlantic is allowing male cabin crew and pilots to wear skirts and women to wear men’s suits so staff can “express their true identity” at work. The Telegraph has more.

The Sir Richard Branson-owned airline is dropping rules that require its employees to wear “gendered uniform options” in a U.K.-first for the aviation industry.

And the changes will not be limited to Virgin Atlantic staff. In a signal that the days of passengers being referred to as “Mr” and “Mrs” are coming to an end on flights, the carrier has changed its ticketing system to allow gender neutral markers.

Juha Jarvinen, Virgin Atlantic’s commercial chief said the airline wanted staff “to embrace their individuality and be their true selves at work”.

He added: “At Virgin Atlantic, we believe that everyone can take on the world, no matter who they are.

“We want to allow our people to wear the uniform that best suits them and how they identify and ensure our customers are addressed by their preferred pronouns.”

Historically known for its strict standards on dress code, height and age requirements, and a ban on displaying tattoos, the airline industry is evolving to better reflect changes in social norms.

I think it means woke norms. Most people aren’t excited by the awkwardness of relating to people in fancy dress (and wondering what’s motivating them) while trying to have a restful flight.

Virgin Atlantic also said it is amending communication preferences to ensure customers are addressed by their ‘preferred pronouns’ across all “touchpoints” in the airport and on-board flights. I suggest telling them that your preferred pronoun is “His Royal Highness” or some such. If readers have any other amusing suggestions for poking fun at the nonsense, add them in the comments below.

Who Sabotaged the Nord Stream Pipelines?