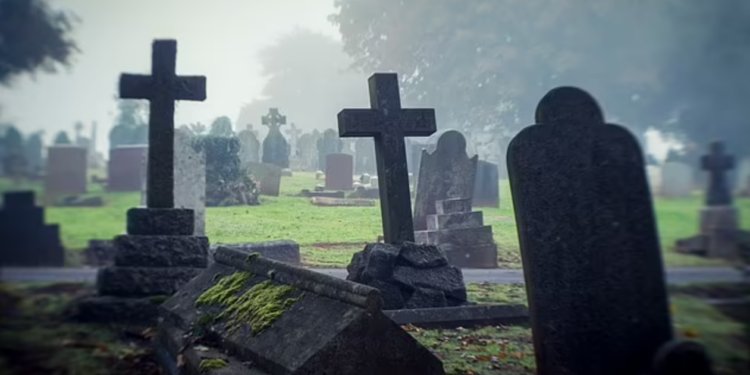 Undertakers in Australia are experiencing high demand for their services with people dying in abnormally high numbers in a “worrying” trend doctors can’t explain. Daily Mail Australia has the story.

Martin Masson, who is managing director of Tribute Funeral Services in the western Melbourne suburb of Ravenhall, said there is no shortage of work for him and others in the industry as official figures confirm Aussies are dying at a higher rate in 2022.

“We have certainly seen an increase in the need for our services as have done a lot of other directors.”

Mr. Masson believed more working age Australians are dying but doesn’t have specific statistics to back this.

“We certainly have seen a distinct shift back to people in their 60s, 50s and even late or mid 40s and even younger,” he said.

Mr. Masson revealed he had been asked a number of times about increased death rates but had no particular explanation other than Covid being “let rip”.

“Processed food, our lifestyle, staying up late, drinking, stress and that’s been very evident through the past couple of years,” Mr Masson said

“These all go into causing deaths, whether that’s premature or at their time I don’t know.”

The Australian Bureau of Statistics (ABS) confirms Australians have been dying at rate higher than normal this year. When mortality rates climb above historical averages, without being explicable by having an ageing population, they are termed ‘excess deaths’.

“There has been excess mortality recorded in 2022 across all months, with both the number of deaths and the rate of death generally higher than historical averages,” an ABS spokesperson told Daily Mail Australia.

Covid was a substantial proportion of those deaths with 862 deaths “directly attributable to the virus in May”.

However, there were also more than the expected number of deaths from dementia, diabetes and ischaemic heart diseases. Cancer deaths had also increased but in line with an ageing population. The ABS said those dying were still largely over 75.

Peak doctors’ body the Australian Medical Association (AMA) told Daily Mail Australia it was ‘worrying’ that deaths are climbing and it reflected what is being seen overseas.

“We have seen the ABS statistics that mirror a worrying trend in other countries like the U.K.,” AMA President Professor Steve Robson said.

Britain has seen a 10% increase above what would be the expected number of deaths since April. The main causes have been cited as circulatory diseases and diabetes. Prof. Robson said it was unclear what was driving the excess deaths in Australia.

“There needs to be some research into why this is happening,” he said. However, he pointed to some “likely factors” that could be a hangover from the Covid period of isolation and restrictions. A major likely cause was that people either couldn’t or were scared of seeing a doctor because of infection risk.

Similar trends have been seen across Europe.

Can any readers think of any other possible causes of increased deaths?