The Real Inconvenient Truth: Arctic Sea Ice Has Grown Since 2012 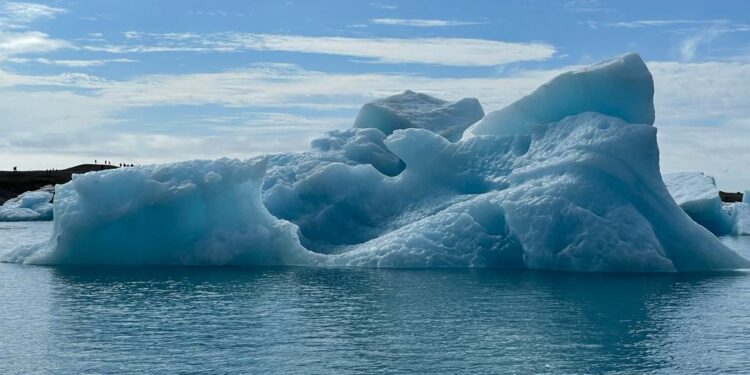 Global warming paused, polar bears thriving, more coral on the Great Barrier Reef than you can shake a stick at – it’s been a difficult gig for climate alarmists of late. But there is always the melting Arctic ice, and the prospect of the Greenland ice sheet slipping off its perch and ending up in your front room. Alas, even that old standby is looking shaky, with evidence gathering that the ice is no longer melting as fast as in the recent past. On August 16th, summer sea ice in the Arctic was at its third highest extent since 2007.

According to the U.S.-based National Snow and Ice Data Centre (NSIDC), the northern sea route along Eurasia “may not become ice free” this year for the first time since 2007. Preliminary estimates by NSIDC suggest a 30% chance that sea ice will cover five million square kilometres, something that has not happened for eight years.

The cooling trend has been apparent for some time. Earlier this year, the Daily Sceptic reported that the coverage of Arctic sea ice was now very close to the 1991-2020 average, well above the 2012 low point and higher in 2021 than the previous year. According to Copernicus, the EU’s weather service, the 2021 March sea ice extent was just 3% below the 30-year average. March is the maximum extent of sea ice in the Arctic. Recent figures show March 2022 was slightly higher. In his recent Global Warming Policy Foundation climate report, Emeritus Professor Ole Humlum noted: “The trend towards stable or higher ice extent at both poles probably began in 2018 and has since strengthened.” Observational records of Arctic ice go back to the start of the 1800s, and display moving cycles of both temperature and ice extent.

As if on cue – how much longer can we run this stuff? – the Guardian and the Washington Post ran stories about the Greenland ice sheet melting and causing major sea level rises. Research published in Nature Climate Change journal was said to have shown that “global heating to date” will cause sea levels to rise by 27 cms, as a claimed 110 trillion tonnes of ice will melt. Extra helpings of alarmism were also available. Cherry-picking the one-off record melt year of 2012, and assuming it will become a “regular occurrence”, delivers a “staggering” 78 cms sea level rise. And as if this was not enough, the Guardian also reported that “other scientists” had warned that a significant part of the Greenland ice sheet “was on the brink of a tipping point”.

Back on Planet Sanity, the U.S. meteorologist Anthony Watts noted that the claims of Greenland ice melt raising sea levels “are just modelled hokum”. The assertion that sea levels would rise by 27 cms was “false and easily disproven”. In his view, it is the “same old scare story” we were told by the UN in 1989, in which a senior UN environmental official warned that entire nations could be wiped off the face of the earth by rising sea levels if the global warming trend wasn’t reversed by 2000.

Watts notes that there is no time frame for the 27 cm of claimed rise (although the authors of the paper suggest it could happen between now and 2100). How can peer reviewed climate science be so imprecise? He notes that 110 trillion tonnes is ”scary” for most people, but when actual recent ice loss is compared to the full Greenland ice sheet, the loss is said to be so small “that it is almost undetectable”.

In a related article, Watts says that climate activists, including government bureaucrats, claimed that the ice sheet was melting six times faster than it was 30 years ago. This claim, improved to seven times, was recently repeated by Matt McGrath and the BBC. But 30 years ago, the Greenland ice sheet was barely melting at all. “Six times almost no ice loss is hardly an example of a climate change crisis,” observes Watts. Over the last couple of decades, claims of Greenland ice melting have been used to bolster fears of runaway sea level rises, says Watts. He adds that satellite images and recordings going back to 1993 show sea levels rising at a mere 1.2 inches per decade, and this is not significantly different to typical rises recorded since the mid-1800s.

Of course, all these scare stories are politicised science pushing the command-and-control Net Zero agenda. Let us put it in a wider paleoclimatic frame to see how dramatic effects are sometimes produced by natural variation. An interesting paper has just been published by two glaciologists in America, Laura Larocca and Yarrow Axford, that found that over half of the Arctic’s glaciers and ice caps (GICs) that exist today did not exist or were smaller 10,000 to 3,400 years ago. At the time, atmospheric carbon dioxide ranged between 260 to 270 parts per million, compared to the current 410 ppm.

The paper is summarised by the No Tricks Zone science site, which notes that 80% or more GICs were smaller than today, or absent from 7,900 to 4,500 years ago. This was noted to be the peak of the interglacial Arctic warmth, when temperatures were many degrees warmer than they are today.

The Arctic’s modern ice extent is “among the largest of the last 10,000 years”, it is reported. The largest GIC extent of the Holocene has been seen in the last millennium. This is said to suggest that any reduction in GICs in the last few centuries “is but a partial return to a former period of much greater warmth”.

Hold the front page: Treble tipping points all round.

Did Boris Scuttle Peace Talks Between Ukraine and Russia?