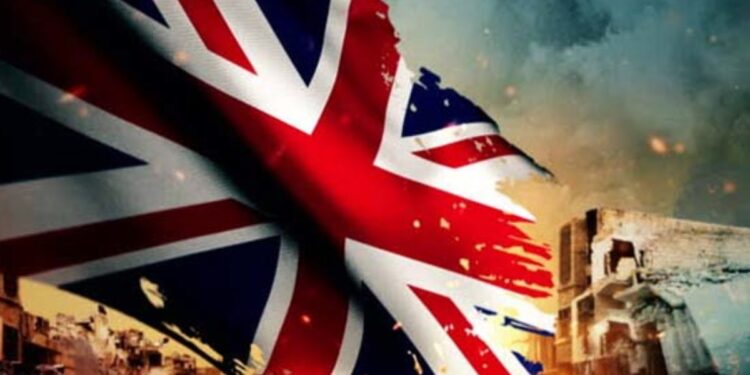 Aris Roussinos, the Foreign Affairs Editor of UnHerd, has written an interesting piece in which he sets out the problems currently besetting Britain quite persuasively, but then suggests a somewhat eccentric solution: AngloFuturism.

Let’s begin with the diagnosis:

Just a few years ago, to be concerned with national resilience was to be seen as some kind of crank at best, and some kind of nativist radical at worst. Even at the height of Covid, to diagnose the fundamental problem facing Britain as one of eroded state capacity was often viewed by liberal commentators as some kind of quasi-Stalinist state worship, dangerously close to either fascism or communism.

Today, however, the British state’s inability to provide the most basic of functions – stopping crime; providing adequate healthcare, housing and functioning utilities like energy and water – are the central plank of political discussion. We have won the argument, yet there has been very little reflection on what this means, or how we have reached this dismal state of affairs. Worse, the people who brought us here are still in charge.

But what is the alternative? In their 2015 book Inventing the Future, the Left-wing writers Nick Srnicek and Alex Williams used the example of the Seventies crisis, which ushered in our current political and economic model, to examine the way in which one governing ideology can supersede its predecessor as the common-sense frame of political argument, and become hegemonic. The previous, dominant Keynesian framework had no immediate answer to the economic crisis of the time, and thus ceded ground to the free-market ideology of neoliberalism, which had created an ecosystem of think tanks and journalistic popularisers biding their time for a moment of crisis: “The neoliberals… had both a diagnosis of the problem and a solution.” As a result, they observe: “Government officials who were uncertain about what to do in the face of crisis found a plausible story in neoliberalism.”

The fundamental problem facing Britain today is the collapse of this chosen model, the fruit of a previous, lesser era of crisis. Instead of shoring up the state’s resilience to the pressures of an increasingly unstable world, the reliance on market forces has left the Government increasingly unable to impose order, provide functioning healthcare, keep the lights on or put roofs over people’s heads: a state that cannot provide these basic functions is really no state at all. We are witnessing the death spiral of the world created after the Seventies crisis; even conservatives now understand that things cannot continue as they are. To argue in favour of the current system is now the marginal and eccentric position: half the ideological battle has already been won.

And yet, no single viable alternative model is waiting in the wings; both parties are ideologically inflexible, far more so than voters. The most likely outcome is Westminster’s desperate political preservation of a rapidly collapsing system in which no one believes. The model has failed, but the people who imposed it, who genuinely believed in it and somehow still believe in it, remain in power.

There have been no consequences for their decades of failure, and the detachment of voters from the people who represent them has never been greater. This is a deeply dangerous, unstable situation, which has already given birth to conspiratorial political religions, such as QAnon, Russiagate, and the Great Reset, which will doubtless multiply as living standards continue to plummet and politicians continue to fail. They seek to discern some underlying logic or rationale to events, when there is only incompetence and a dying political system bereft of ideas. At a moment of grave national crisis, we require a statesman of historic stature, with the vision and will to steer us out of disaster. Instead, we’re getting Liz Truss.

But in reality, it no longer matters whether Truss or Sunak wins the battle to enter No 10. No one believes that either has any answers to the problems facing us, and the paper-thin dividing line between them is merely the narcissism of small differences. Similarly, the increasingly bitter battle over political control of the American state conceals the fact that whichever party wins will find themselves at the mercy of global forces they can no longer control. Across the Western world, the red lights are flashing in the cockpit, but no one knows how to fly the plane.

I’m not as down on Truss as Aris. Has what he calls “the free market ideology of neo-liberalism” really failed? At the risk of sounding like a die-hard Communist clinging on to his faith in the face of repeated failure, real free market liberalism hasn’t been tried in this country – and if you think the current energy crisis is the result of too much deregulation – of letting market forces rip – you haven’t been paying attention.

But no matter. Let’s now take a look at Aris’s solution.

As the Marxist thinker Wolfgang Streeck warns: “We are facing a long period of systemic disintegration, in which social structures become unstable and unreliable, and therefore uninstructive for those living in them…” It is a time, perhaps lasting centuries, when “deep changes will occur, rapidly and continuously, but they will be unpredictable and in any case ungovernable”. Life in such a society “offers rich opportunities to oligarchs and warlords while imposing uncertainty and insecurity on all others, in some ways like the long interregnum that began in the fifth century CE and is now called the Dark Age”.

How are we to manage life in this hard new world, for ourselves and our children? The survival of the British state, our ark in the coming storm, is paramount. Yet whether the British state will even exist at the end of the decade is still a matter of helpless conjecture. We must demand a wartime level of mobilisation focused on state resilience: we are now far beyond nudges and quick fixes. This is a campaign for the basic functions of the state: streets that are safe to walk, homes to live in, healthcare for those in need, universal access to food, warmth and shelter.

As Milton Friedman put it: “Only a crisis — actual or perceived — produces real change. When that crisis occurs, the actions that are taken depend on the ideas that are lying around. That, I believe, is our basic function: to develop alternatives to existing policies, to keep them alive and available until the politically impossible becomes the politically inevitable.” That time has now come. Of necessity, in a world without a convincing successor ideology, this new model of politics must be pragmatic and non-ideological. Centred on restoring the basic functions of statehood, it must unite Labour voters as well as Tories, socialists and conservatives. It is a call, I propose, for Anglofuturism.

“Anglo”, because Britain should survive as an entity focused on the health and prosperity of the people, and not merely as a theme park for international capital. Through shifting domestic industry abroad and encouraging mass immigration of low-wage labour at home, policymakers were able to create the illusion of prosperity, conjuring the outward form of a middle-class existence even as it demolished its foundations. But this world has now gone forever, leaving us poorer and less resilient.

The “futurism” is for the understanding that unlike our current political class, this approach looks beyond the electoral cycle. It is the idea that the state, and the nation, have interests to be safeguarded over the course of generations, and that infrastructure should be built now to secure the lives and prosperity of our descendents. “Futurism” also because it harnesses the optimism and high modernism of the post-war era, a vanished world of frenetic housebuilding and technological innovation where British scientific research could lead the world, and produce higher living standards through its fusion with well-paid, high-skilled labour.

The Anglofuturist vision of Britain is one where every county town has its own Small Modular Reactor providing clean, abundant nuclear energy. It is a country where cheap and reliable high-speed rail darts across the country, through the new towns where everyone who wants can have their own warm and spacious home, past the small family farms which provide the country’s food security. In the clean skies, electric airships move freight across the country; in our seas, teeming with fish, vast arrays of domestically-manufactured wind and wave power stations, the product of a revived industrial strategy, unite British ingenuity and manufacturing capacity in clean power generation that is the envy of the world.

Hmmm. I like a lot of that – a small nuclear reactor in every town, high speed rail, food security, and who could possibly object to “streets that are safe to walk, homes to live in, healthcare for those in need, universal access to food, warmth and shelter”? But how does Aris think we’re going to pay for all these nice things? The reason the state has become so hollowed out isn’t just due to woeful mismanagement by mediocre politicians and officials who are hamstrung by a moribund ideology and have no better ideas. It’s also because we’ve run out of money. Absent a magic money tree, I cannot see much future for Anglofuturism.