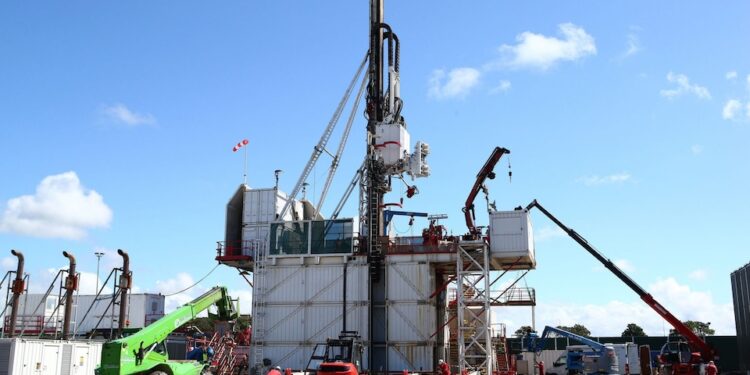 Fracking should be given the green light immediately to ease bills next winter, the Treasury will tell the new Prime Minister. Camilla Tominey in the Telegraph has more.

Whitehall officials are drawing up a “three winter” strategy to help families with soaring energy costs between now and 2025, the Telegraph understands.

They are working on options including short, medium and long-term proposals that will be presented to Downing Street early next month.

Work is under way to determine which measure could be rolled out immediately and in place this autumn, when the energy price cap will rise to over £3,600.

Treasury officials are also examining ways in which the U.K.’s energy supply could be bolstered in time for next winter.

“There is even one fracking company who reckons they could even get some energy into the market by next winter if they were allowed to get cracking straight away,” said a senior Government source.

The firm, based in the north of England, has told the Treasury that if it is granted a fracking licence immediately, it is likely to be able to inject new supplies into the market by January.

A “moratorium” on fracking has been in place since November 2019, but both Tory leadership candidates have said they would support it in areas where local people are willing to see it take place.

The Conservative manifesto in December 2019 said the party “will not support fracking unless the science shows categorically it can be done safely”.

What Facebook Should Do About COVID-19 Misinformation – Absolutely Nothing

“Bravo to the Lockdown Sceptics, Smeared for Daring to Defend Freedom”