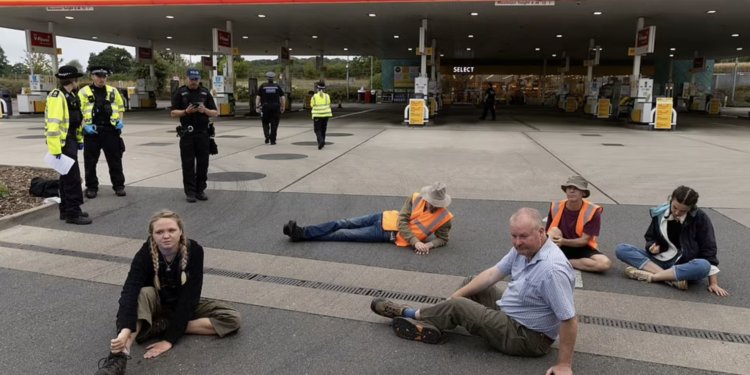 Around 32 activists from Just Stop Oil have blocked Clacket Lane, Cobham and Thurrock services, and also claim to have disrupted petrol and diesel supplies from local depots since yesterday. The depots affected included Navigator, Grays and Kingsbury.

At least 31 people were arrested this morning across all four sites, including the services on each side at Clacket Lane. In a statement, Surrey Police said activists have damaged fuel pumps and glued themselves to the forecourts.

Three petrol stations remain completely closed, both the eastbound and westbound sites at Clacket Lane in Surrey, and Thurrock in Essex. Fuel is available from some pumps at Cobham services, which are now fully reopen, but some remain unusable due to damage.

Just Stop Oil has carried out a series of actions in recent months to try and pressure the government to take more action to transition to a low carbon economy amid the climate crisis.

Protesters have previously blocked roads and other fuel stations across the country, and last month glued themselves to several priceless pieces of art in London’s museums.

Some activists are now facing the UK court system for these and repeatedly blocking various sections of the M25. Several protesters, who the group say acted peacefully, have been remanded in custody while they await trial, which will likely take months. This may be delayed even further after criminal barristers voted to strike from September earlier this week.

Britain has been brought to a standstill by climate activists since before the pandemic, with mass Extinction Rebellion protests targeting London and other major cities since 2018, Insulate Britain activists storming motorways to stop traffic, and more recently Just Stop Oil protesters sabotaging fuel pumps and depots in their campaign against fossil fuels.

Stop Press: Extinction Rebellion is about to embark on a national tour – in diesel buses. You couldn’t make it up. Guido has more.