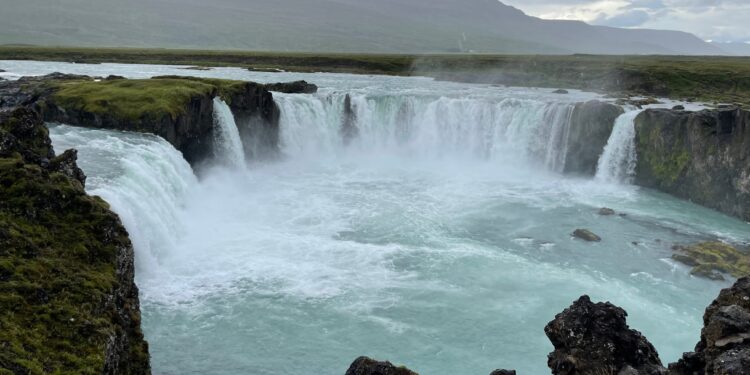 Does anyone still recall the excitement in late 2020 when the vaccines against COVID-19 were finally in sight? The trial results were excellent, promising an end to the pandemic in 2021. The main worry was the availability of the vaccines and of course equitable distribution between countries.

I believed in the narrative myself, even if scientists I know and trust had voiced doubts about the vaccines’ effectiveness against infection I saw no reason not to believe the trial results. In early 2021, when worries arose regarding vaccine sourcing for the Icelandic population, I even took part in an attempt to have one of the manufacturers arrange a population-wide trial in Iceland, similar to what Pfizer did in Israel. Today I’m very glad we didn’t succeed.

Soon it will be two years since the trial results were out. The virus still ravages the world, though it may have become less deadly. Data on infection, hospitalisation and mortality already show vaccination not only failing to prevent those, but in some cases being counterproductive. In short, the vaccines have failed to deliver what we were promised. And even worse, the skyrocketing rate of side effects may mean that for most people vaccination makes no or little sense.

Still, it is for the most part forbidden to discuss this fact. For example, LinkedIn, the world’s largest online professional community, explicitly forbids content that draws attention to potential harms from the vaccines or how they may be counterproductive. The policies of Facebook and Twitter seem to be largely consistent with this.

As an example, it is forbidden to say COVID-19 vaccines may cause death, even if a quick search on the internet shows confirmed cases where there is no doubt about the causality. It is forbidden also to share evidence showing higher infection rates among the vaccinated than the unvaccinated.

It will therefore be interesting to see how those platforms will react to those who share the results of a new research letter published on August 3rd in Jama Network Open. The letter describes the result of a study which monitored for reinfection all Icelanders previously infected, during the Omicron wave, between December 1st 2021 and February 22nd 2022. The study shows a probability of reinfection of up to 15.1% among 18-29 year-olds, declining with age. Reinfection is not surprising considering the reinfection rates seen around the world after the appearance of Omicron, though the authors expected a lower rate.

But the most interesting part is the comparison by vaccination status. It shows that for most age groups, those who have received two doses or more are more likely to become reinfected than those who have received no vaccination or one dose. The difference is small, but it is statistically significant. In the authors’ own words: “Surprisingly, two or more doses of vaccine were associated with a slightly higher probability of reinfection compared with one dose or less.”

This article was first published on Thorsteinn Siglaugsson’s Substack newsletter, From Symptoms to Causes. You can subscribe here.

Postscript: It has been pointed out that the authors of the study referred to in the above article have included the following health warning about their results which Thorsteinn Siglaugsson omitted: “This finding should be interpreted with caution because of limitations of our study, which include the inability to adjust for the complex relationships among prior infection, vaccine eligibility, and underlying conditions. Importantly, by December 1st, 2021, all persons aged 12 years and older were eligible for two or more vaccine doses free of charge, and 71.1% of the Icelandic population had been vaccinated, compared with only 25.5% of our cohort of previously infected persons.”

In Thorsteinn Siglaugsson’s defence, the significance of the facts referred to in the health warning is unclear. Why should the fact that the previously infected have a different vaccination rate to the general population make any difference to the finding that the reinfection rate is higher in the 2+ dose vaccinated compared to the one or less dose group? After all, all those in the study have been previously infected, so there is no need to control for previous infection rates.

The sentences are also somewhat misleading in that they draw attention to the overall Icelandic vaccination rate of 71.1% and compare it to the vaccination rate in the previously infected of 25.5%, without pointing out that those two groups are likely to differ considerably in age profile and other factors. There’s also the question of why the authors don’t provide the single-dosed rates separately to the unvaccinated rates, when they clearly had access to the data.

Note also that the study’s description of two or more doses of vaccine being associated with a “slightly” higher probability of reinfection compared with one dose or less is misleading as the study actually found it was 42% higher (CI 13-78%), which is hardly slight. The authors appear to be playing down their findings in relation to vaccination status (perhaps under pressure from the journal editors), so we would not necessarily want to repeat the misleading or confusing claims they make.