Europe is Flouting its Own Sanctions Because it Has to 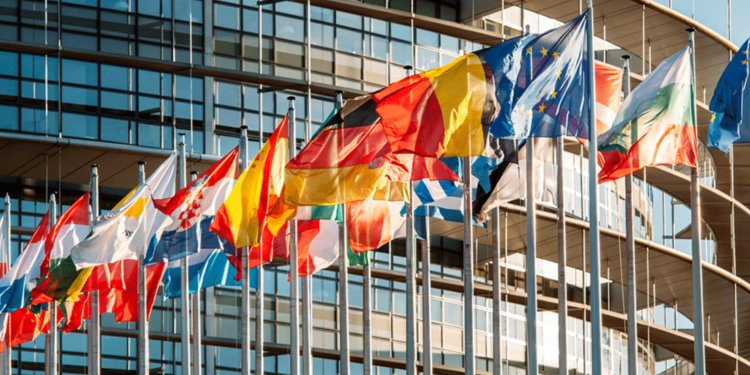 The situation in Europe is going from bad to worse.

This morning, the Euro reached parity with the dollar, having declined by 12% since the start of the year. But that’s not the only exchange rate shifting against Europe’s interests. As the chart below indicates, the Euro is also way down against the rouble. Before Russia’s invasion, one Euro was worth 85 roubles. It’s now worth less than 60.

And the price of natural gas continues to climb, heaping pressure on consumers and businesses alike. It’s worth putting the recent spike into context to show just how high prices are, relative to what Europeans are used to. The chart below plots the benchmark EU gas price over the last ten years – it’s currently 900% higher than in the mid-2010s.

In case you thought we’d seen the worst of it, there’s more bad news. According to Javier Blas (Bloomberg’s energy man) Europe’s natural gas crisis is “worse than it looks”. He argues that just before the winter “Moscow will completely turn off the tap” – an outcome the market “hasn’t priced yet”. Indeed, the head of the IEA has warned, “This winter in Europe will be very, very difficult.”

As I’ve noted before, energy prices were rising even before the war in Ukraine – thanks to supply chain disruption during the pandemic, and the shuttering of too many oil refineries. Yet sanctions against Russia have undoubtedly exacerbated the problem.

At present, Europe is in the odd position of having sanctioned one major Russian commodity (oil), while it continues to buy large quantities of another (gas). In fact, it’s stranger than that: as EU leaders ramp up sanctions on Russian oil, they denounce Russia for “weaponizing” natural gas. They seem to be saying: ‘It’s unconscionable for us to buy oil from Russia; but it’s also unconscionable for Russia not to sell us gas’.

Needless to say, this doesn’t make any sense. Given the prospect of a major recession if Europe doesn’t put a lid on energy prices, you might ask: why on earth are we persisting with these sanctions? And the answer is: if you look closely, we’re not.

I mentioned previously that Europe is still buying large amounts of Russian oil via India. Basically, India imports crude oil from Russia; refines it; and then sells it on to Europe at a profit. Meanwhile, Europe gets to feel good that we’re not buying directly from Russia, or something.

That’s not all. A recent article in The Times reports that Britain is still importing oil directly from Russia. It’s just that the Russian oil is mixed with Kazakh oil during transit, which allows importers to issue a ‘certificate of origin’ stating that the oil comes from Kazakhstan. This is basically ‘Covid theatre’ for geopolitics.

Likewise, Canada recently confirmed it would return a Russian turbine to Germany that was needed for the Nord Stream 1 pipeline, thereby violating Western sanctions. Russia had previously said it would increase gas supplies to Europe if the turbine was returned – which is what Germany desperately wanted.

Why is Europe flouting its own sanctions? Because it has to.

The Unrest in Sri Lanka Has Been Exaggerated