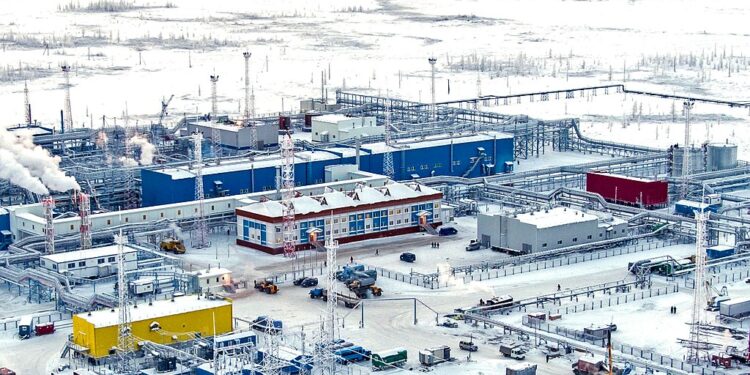 For Europe, the merits of sanctioning Russian energy were always questionable. After all, cheap energy is essential to the running of the economy, and Russia was Europe’s single biggest source. Not only that, but alternative sources – like Saudi Arabia – are not obviously more ‘moral’ than Russia. (The Saudis have been bombing Yemen for the last seven years.)

However, Europe went ahead with sanctions, and since February there has been a dramatic decline in Russian oil imports. Where do things stand now?

Inflation in the EU is running at 9% – the highest on record. And while this trend began before Russia’s invasion of Ukraine, it has certainly been exacerbated by sanctions. As the Economist notes, the “root cause” of Europe’s inflation is “a severe energy-price shock”. In Britain, where inflation is about equal to the European average, there are already warnings of possible blackouts this winter.

Meanwhile, Russia’s oil revenues have actually risen. This is mainly due to the rising price of oil, which has more than offset lower export volumes. In addition, Russia has easily found alternative buyers for its energy – notably India and China. So not only are sanctions hurting Europe, they’re actually helping the West’s main geopolitical rival – which gets a discount on each barrel of oil it imports.

In an interview back in May, EU Commission President Ursula Von Der Leyen explained precisely how energy sanctions could end up backfiring. If we “immediately” cut off the oil, she said, Putin “would be able to take the oil that he does not sell to the European Union to the world market, where the prices will increase, and sell it for more”. Strangely, Von Der Leyen seems to have ignored her own advice.

And if you thought that was ironic, India has been importing crude oil from Russia, refining it, and then re-exporting it to Europe at a profit. Which means Europe is still ‘funding Putin war’s machine’ – only now it’s paying a fee for the privilege of doing so.

As Phil Pilkington notes, the rhetoric around sanctions “has completely stopped making even internal logical sense”. On Thursday, Russia began reducing gas supplies to Europe (presumably in response to Macron, Scholz and Draghi meeting Zelensky in Kiev). This prompted complaints from European leaders – the same leaders who claim they want to stop ‘funding Putin’s war machine’.

When you impose sanctions on a country, you’re supposed to be glad you’re not receiving its exports – that means the sanctions are working. The truth is that Europe needs Russian gas as much as Russia needs hard currency.

At this point, however, I can’t imagine Europe backtracking on sanctions: doing so would be too humiliating. Hence energy prices are likely to remain high, and a major recession may be just around the corner.

The Government is Being Outwitted by the Woke Whitehall Blob