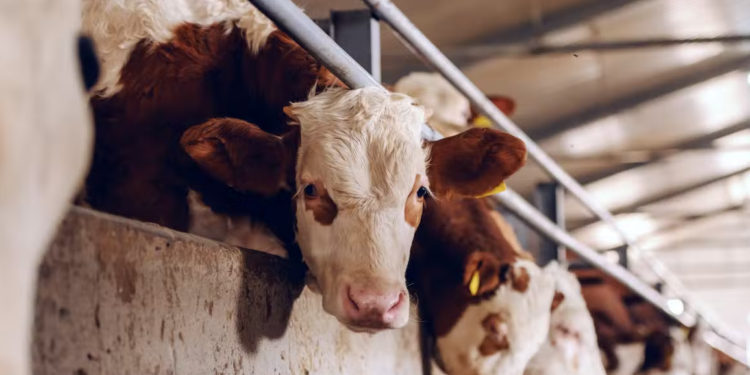 The Covid vaccines appear to be responsible for the emergence of a new, fast-acting form of the deadly neurodegenerative condition Creutzfeldt-Jakob disease (CJD), a study by a leading virologist has found. This is the disease one form of which in cows is Mad Cow disease and it is always fatal.

The findings appear in a pre-print study (not yet peer-reviewed) by world-renowned virologist and AIDS discoverer Dr. Luc Montagnier (who died in February), neurologist Dr. Claire Moret-Chalmin and Dr. Jean Claude Perez.

The study, titled “Towards the emergence of a new form of the neurodegenerative Creutzfeldt-Jakob disease: 26 cases of CJD declared a few days after a COVID-19 ‘vaccine’ jab“, reports in detail on 26 of the 50 cases of CJD reported in France and Europe which emerged “very soon after the injection of the first or second dose of Pfizer or Moderna vaccines”. The authors say this is unexpected as “usually this disease takes decades to manifest itself”.

“Why and how can this same fatal disease declare itself so quickly following these injections?” they ask, concluding it is “very likely that we are dealing here with a new form of Creutzfeldt-Jakob disease”.

Summarising the 26 cases, they write:

Of the 26 cases analysed, the first symptoms of CJD appeared on average 11.38 days after the injection of the COVID-19 ‘vaccine’. Of these 26 cases, 20 had died at the time of writing this article while six were still alive. The 20 deaths occurred only 4.76 months after the injection. Among them, eight of them led to a sudden death (2.5 months). All this confirms the radically different nature of this new form of CJD, whereas the classic form requires several decades.

Most of the paper is a discussion of the mechanism by which the vaccines might cause this condition. It relates to the presence of “prion regions” in the genome of the virus (present in all variants to date, except Omicron), which are reproduced in the vaccines. The authors explain that prions are “self-templating protein aggregates that stably perpetuate distinct biological states”. They cite a 1997 article by Stanley Prusiner, who won the Nobel Prize for his discovery of prions:

Creutzfeldt-Jakob disease and related illnesses affecting people and animals involve the degeneration of brain cells. In 1982 Stanley Prusiner was able to isolate a suspected infectious agent, a protein that he called a prion. He identified the gene behind the prion protein, but determined that it is also present in healthy people and animals. Stanley Prusiner showed that the prion molecules are folded in a different way than the normal proteins and that the folding of the prion can be transferred to normal proteins. This is the basis for the illness.

Prions are proteins with an unusual switching property that allows them to “confer stable changes in biological states”. Researchers have shown that the SARS-CoV-2 spike protein contains a “prion region” similar to that associated with Mad Cow disease which may increase the risk that protein misfolding will occur. This makes it “extremely plausible”, the authors say, that it will trigger a form of prion disease, which is manifesting as the unusual, fast-acting form of CJD.

The hypothesised vaccine side-effect is rare – perhaps one in a million doses – but the condition is always fatal.

Postscript: It has been pointed out that the French pre-print discussed in this article has been criticised in a fact check by the Dispatch, which quotes a spokesman for the CDC: “To date, CDC has detected no unusual or unexpected patterns of Creutzfeldt-Jakob Disease following immunisation that would indicate COVID-19 vaccines are causing or contributing to this condition. CDC continues to recommend that everyone who is eligible should get vaccinated.” The same fact check also quotes Dr. William Schaffner, an infectious disease specialist at Vanderbilt University, saying the authors of the French paper have no concrete evidence to link Creutzfeldt-Jakob Disease to the Covid vaccines. He told the Dispatch that more than 26 cases in France would have been documented if COVID-19 vaccines were actually linked with CJD. “Since these are mostly cases from France, why haven’t we seen similar phenomena in other countries now all around the world that have used millions upon millions of doses of this vaccine?” he said.

We accept that the CDC and some experts are sceptical about the findings in this French pre-print, but the authors of the paper are no less distinguished than its critics and include the late Dr. Luc Montagnier, joint winner of the 2008 Nobel Prize in Physiology or Medicine.

Why Is Gasoline So Expensive? Lack of Refining Capacity

U.S. Ends Testing Requirement For Travel – But No Word on Ending Ban on the Unvaccinated