How Can the Greased Piglet Survive? Cut Taxes, Scrap the NI Protocol, Ditch ‘Net Zero’, Lean in to the Culture War and Start Fracking 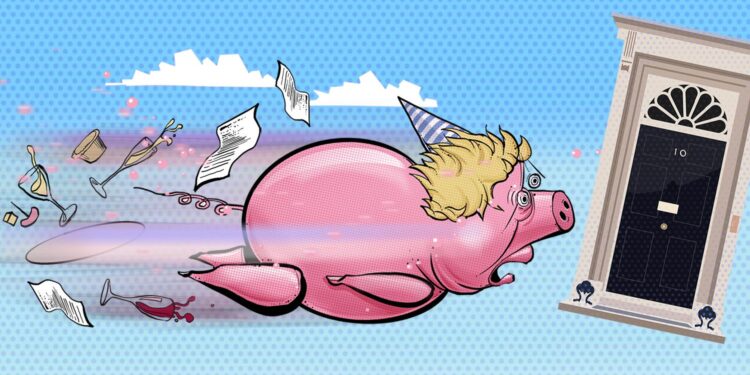 So, Boris has won tonight’s confidence vote, but the general consensus in the media is that he’s toast. In 2019, Theresa May won a confidence vote by 63% to 37% and she was gone within six months. He did worse, winning by 211 votes to 148, or 59% to 41%. When you factor in that he’s likely to lose two by-elections on June 23rd and the House of Commons Privileges Committee has yet to conclude its investigation into whether he misled Parliament over partygate, things don’t look good for the man David Cameron calls the “greased piglet”. Has the immortal cat finally ran out of lives?

Not so fast. Another way of looking at this, as Guido Fawkes points out, is that Boris has pulled off a lucky escape. After all, if the rebels had waited until after the by-election results and the Privileges Committee report – assuming they’re both terrible for Boris – it now looks as though they might have succeeded in forcing a leadership election. Did they miscalculate how little support there is for the Prime Minister in the parliamentary party? Timing in politics is everything and the rebels shot their bolt too early.

Yes, Theresa May resigned six months after winning a confidence vote by a greater margin than Boris, but his ability to brazen out these humiliations is surely greater than hers. As the rules stand, there cannot now be another confidence vote for at least 12 months, so on paper at least Boris is secure until June 2023. Changing leader with less than a year to go before the next General Election would be far riskier move than doing so now.

Another important difference between Boris and his predecessor is that he’s a much more polarising figure within the Parliamentary Party. There are at least 100 Conservative MPs who loathe and detest Boris down to their tippy toes, but, equally, there are at least 100 who will die in a ditch to defend him. That means his core support is less likely to ebb away in the wake of an unconvincing victory than Theresa May’s.

The pro- and anti-Boris factions largely skew along pro- and anti-Brexit lines, which is another reason not to write him off. If he’s deposed, can the Spartans guarantee his successor will have the same determination to ‘get Brexit done’ as him? The current favourite to win a leadership election is Jeremy Hunt, who was a staunch Remainer. While the Northern Ireland protocol remains in place, defenestrating Boris is a massive risk.

So, I think it may be premature to write off the “greased piglet”. In which case, it makes sense to ask what he can do to shore up his position. The answer is obvious: start acting like a proper conservative. It’s a safe bet the majority of the Tory MPs who voted for him tonight are on the right of the Party so if he’s going to survive he needs to throw them some red meat. That means cutting taxes, scrapping the NI protocol, ditching ‘Net Zero’, leaning into the culture war and resurrecting the U.K.’s fracking industry. If he does all that, not only will be consolidate his support in Parliament, but he might start winning back some of those Red Wall voters who ‘leant’ him their vote in 2019. What’s he got to lose? The people on the wrong side of all those issues are on the left of the Party and it’s clear from tonight’s vote that he’s never going to win them back.

Come on, Boris. Get back in touch with your inner Tory and start acting like a Conservative Prime Minister with an 80-seat majority. Put clear blue water between your party and the progressive coalition that will be ranged against you at the next election. Show some backbone. As your hero said, an appeaser is someone who feeds the crocodile in the hope that it will eat him last.

Spare Us the Lectures on Climate Change, Prince William