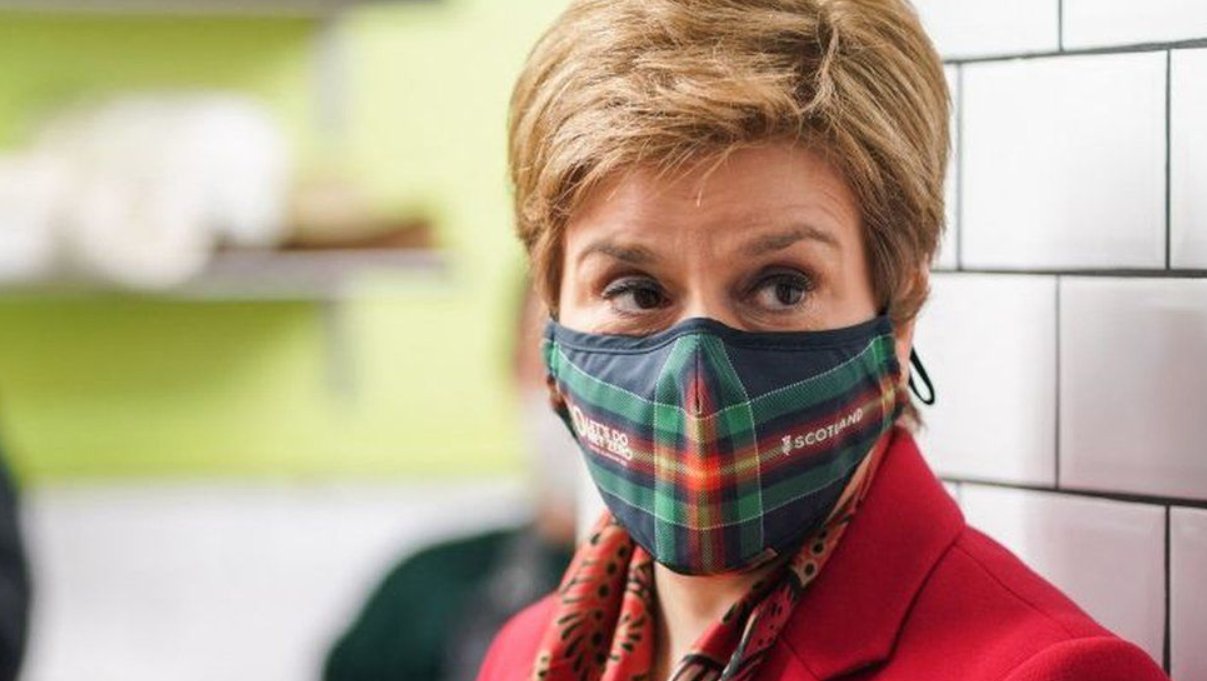 Scotland’s vaccine passport scheme will end on Monday (February 28th) and the rest of the country’s Covid restrictions, including the mandating of face masks, will end on March 21st, First Minister Nicola Sturgeon has announced – nearly a month after England’s ‘last’ restrictions are lifted on Thursday and nearly two months after England’s mask mandate was lifted on January 26th. Guidance will remain in place, including the advice to self-isolate (which has never been a legal requirement in Scotland). BBC News has more.

First Minister Nicola Sturgeon said people would still be advised to wear masks in shops and on public transport.

But all legal restrictions on people and businesses will end as part of an effort to “return to a normal way of life”.

The plan is part of a new strategic framework the Government has drawn up for dealing with the pandemic in the future.

Ms Sturgeon said it would see Scotland move away from legal restrictions, relying instead on “vaccines, treatments, and sensible adaptations and good public health behaviours”.

The move comes after Prime Minister Boris Johnson announced that England’s restrictions will be lifted on Thursday, with the requirement to self-isolate dropped and free mass testing to end in April.

Ms Sturgeon expressed frustration at Mr Johnson’s approach, calling for clarity about how the testing system – which operates U.K.-wide – would operate in future.

However she said the level of infection and hospital admissions were falling sufficiently to set a timetable for the easing of the curbs still in place in Scotland.

The Covid certification scheme – vaccine passports which are required when attending large events including concerts and football matches – will come to an end on Monday February 28th.

And the remaining legal restrictions will be phased out on March 21st – including the requirement for people to wear face covering in enclosed spaces and on public transport, and rules for businesses on collecting customer details and taking measures to reduce the spread of the virus.

With England lifting measures this week, and Denmark doing so three weeks ago, why is Scotland waiting yet another four weeks? What is four more weeks of suspending civil liberties supposed to achieve? What is the evidence to support this policy? None was presented.

Worse, Scotland is to extend the powers underpinning face mask and vaccine passports until September, and is also keeping the vaccine passport apps live so that venues can operate voluntary systems. Ms Sturgeon defended this saying it was necessary to have “contingency measures” for use in future as it was highly likely the country would face a threat from new variants, and that it was “proportionate” to allow firms the choice of using vaccine passports, saying some might see an advantage in “making people feel more confident about going and using their services”.

Vaccinated People Despise Those Who Refuse to Get the Jab – But the Opposite is Not True, Study Reveals