More News From Hong Kong, Where ‘Zero Covid’ is Still the Official Policy 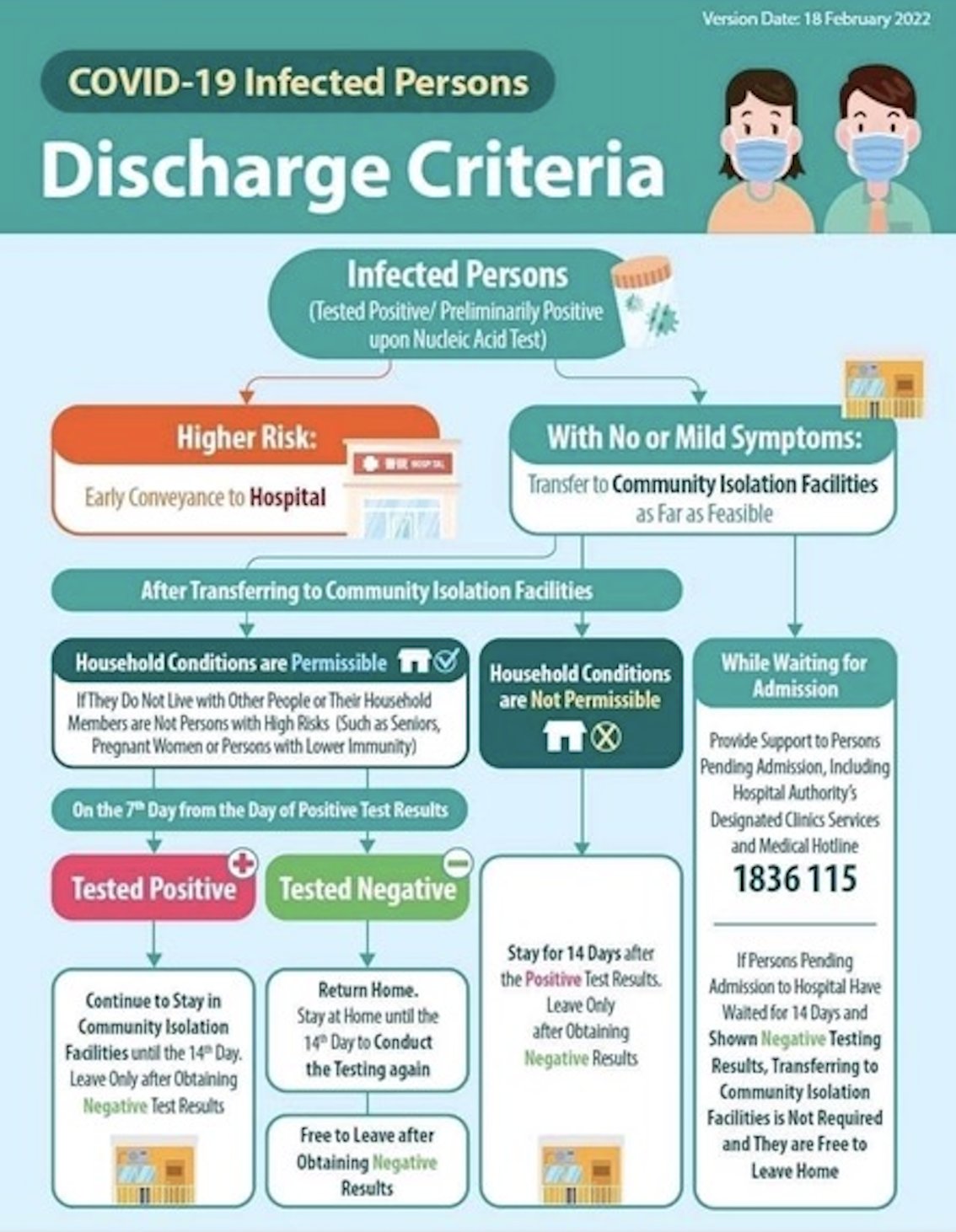 We’re publishing a second dispatch from our anonymous Hong Kong correspondent, this time focusing on two recent reports in the local media. Together, they present a picture of a city that is gradually being crushed under the boot of Communist dictatorship.

Your readers may be interested in a further update on Hong Kong? At a time when most other countries are either removing or at least reducing Covid regulations and requirements, why is Hong Kong moving in the opposite direction?

The above notice is the diagramatic instruction, English version, to all 7.5 million Hong Kong residents about how ‘Dynamic Covid’ is to be implemented from today.

The two articles include the following:

(President) Xi instructed Hong Kong Chief Executive Carrie Lam Cheng Yuet-ngor and her team to mobilise all available forces and resources and take all necessary measures to ensure the safety of residents and the stability of society, according to reports splashed on the front pages of the Beijing-backed newspapers Wen Wei Po and Ta Kung Pao.

He demanded the Hong Kong Government take primary responsibility for the fight against the virus while ordering the central Government departments and Guangdong province to promptly address Hong Kong’s requests. His forthright tone has clearly demonstrated Beijing’s worries and its dismay about Hong Kong’s response.

Making public his instruction is significant on several levels. The first aspect is to impress on the Hong Kong Government the need to take more decisive actions to contain the outbreak; the second one is to stiffen the spines of local officials in dismissing the thinking behind, and lobbying for, the policy of living with Covid – favoured by many residents including civil servants at a time when the rest of the world has opened up; the third one is to remind officials of the need to bury their differences and get 100% behind China’s dynamic Zero-Covid policy.

And like truckers the world over, our truckers have their problems too:

After enduring strict COVID-19 measures that kept him from seeing his wife and friends for more than two years, cross-border Hong Kong truck driver Liu Kun-ming has made the painful decision to shut down his transport company.

“I want to get out as soon as possible,” said the 53-year-old who has been transporting goods from mainland China to Hong Kong for more than two decades. “It’s hopeless and there’s nothing much I can do.”

He said he could no longer stomach the “inhumane” measures imposed by mainland officials on cross-border drivers, with the recent outbreak of the Omicron variant making conditions worse for many truckers. Despite Liu and his mainland wife having a home in Shenzhen, he has been confined since the pandemic began in early 2020 to a designated hotel for drivers provided by mainland authorities and subject to strict rules while at work.

These measures could mean drivers being confined inside their trucks for six to seven hours, said a 60-year-old Hong Kong driver surnamed Cheung.

“We cannot open the vehicle door or have proper meals, so we can only eat bread and biscuits,” said Cheung, who has been a driver for more than 30 years. “If you leave your vehicle without permission, your licence can be revoked.”

If a driver needed to use the toilet, he must drive over to officials present and ask permission, he added.

It appears from other articles that people are avoiding taking a Covid test. Apparently, this is because if they test positive they have to be isolated immediately. As you can imagine, we are all quite shocked at this very selfish reaction and expect the Government to do something about it!

Today it has been announced that China has sent a work team to construct, in two weeks, a makeshift 10,000 bed isolation facility with the potential for building a further three. They will be used to house asymptomatic Covid-positive residents. Apparently, this is preferable, and more controllable than using hotels. At the same time, plans are being advanced for the compulsory mass testing of 7.5 million residents, with three tests each over the period of the next month.

Is this the First of Many SAGE Modellers to Recant?