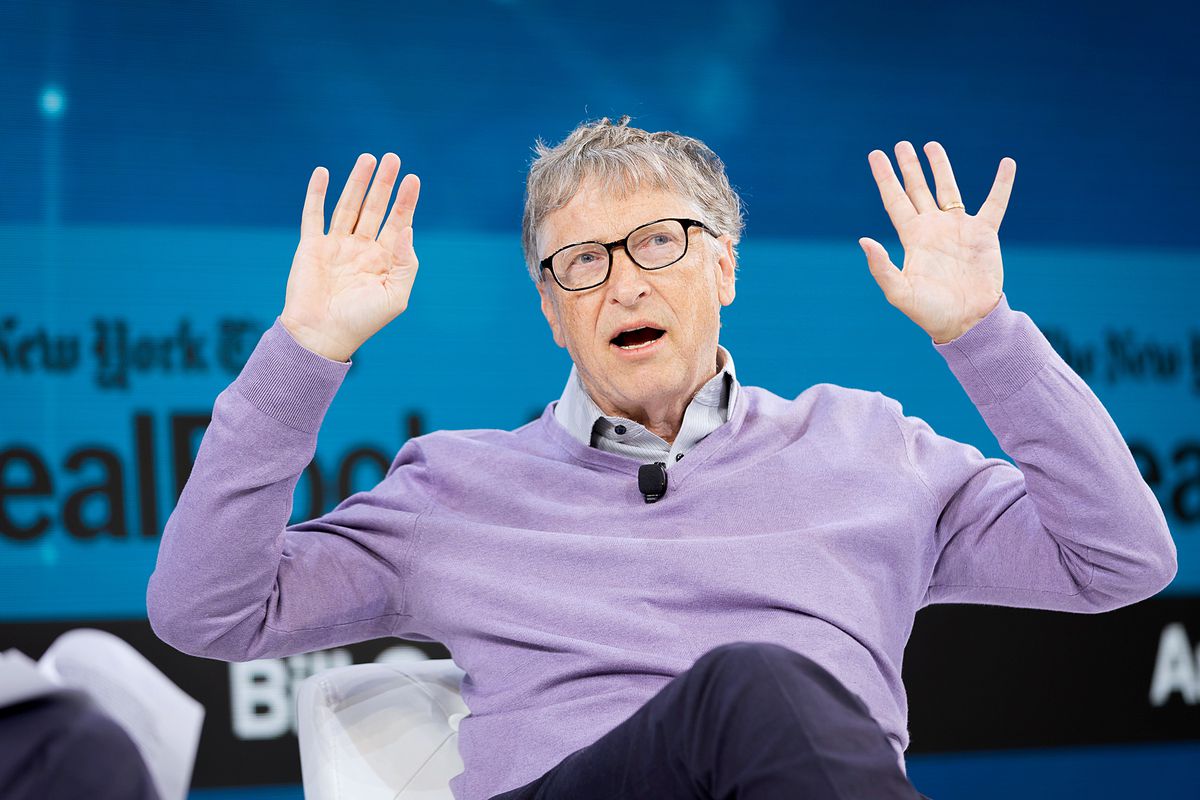 The Associated Press (AP) is assigning another two dozen journalists across the world to cover ‘climate issues’. AP Senior Vice President Julie Pace described the move as a “far reaching initiative that will transform the way we cover the climate story”. Over 20 of the journalists will be new hires and they will be funded by an $8m gift from five billionaire philanthropic organisations, including the Left-wing Rockefeller Foundation. The money is just the latest in a series of such gifts and AP reports that 50 writing jobs are funded from these sources.

AP is not the only large media company to collect such hand-outs. The BBC and the Guardian regularly receive multi-million dollar contributions from the trusts of wealthy philanthropists. It is estimated that Bill Gates has given over $300 million over the last decade to a wide variety of media outlets. Faced with plummeting paid readers and advertisers, mainstream legacy media seems eager to tap a new revenue stream.

The money is spread wide across such media. This month, the Pulitzer Center on Crisis Reporting received $1.5 million from Rockefeller to “expand coverage of under-reported and/or inaccurately reported critical public health information”. The Quadrivium Foundation, run by Democrat power couple James and Kathryn Murdoch, is also paying climate wages at AP. On its website, the Foundation notes that it also invests in Climate Central, using meteorologists as “trusted messengers” of the links between extreme weather and climate change. Since it is not possible to link individual weather events to long term climate change with any scientific certainty, this aim looks to be a waste of money, or perhaps not.

‘Trusted messengers’ seems to be a phrase much in vogue around philanthropic operations. Last October, Rockefeller gave $4.5 million to Purpose Global, a non-profit company that aims to help corporate clients with their “cultural intelligence”. The money was given in support of facilitating a “communication network of trusted messengers”. This would “amplify accurate information and combat mis- and dis- information on COVID-19 vaccines”. In September 2020, the Gates Foundation gave the Guardian $3.5 million to “support” its regular reporting on global health. Likewise, the Global Health Security Team at the Telegraph is Gates-funded.

Old school journalists might be a little happier to see less of the ‘trusted messenger’ stuff and more of the requirement to investigate. But critical inquiry of climate change science has been more or less banned from many mainstream outlets. This is despite the fact that the hypothesis that humans cause all or most global warming is unproven, and many scientists look more to natural causes for long term change. Predictions – often termed evidence – of future warming, are based on climate models that have never provided an accurate forecast in the last 40 years. Global warming started to run out of steam two decades ago, and it has been at a standstill for the last seven. When Google Adsense banned the main climate web page tracking accurate satellite data showing the standstill, the interest was confined to just a few outlets, including the Daily Sceptic.

One of the largest suppliers of cash for climate change is the Bill and Melinda Gates Foundation. Perhaps unsurprisingly, the BBC and the Guardian are two of its favourite giftees. The Guardian has received upwards of $20 million over recent years starting with £6m in 2011 to establish a “millennium Development Goals” feed that provides “compelling evidence-based content”. During the last decade, Gates has given at least $20 million to help fund the BBC World Service and $5.5 million for the Corporation’s Media Action charity.

In that time, the software tycoon, once treated with great suspicion for early monopolistic tendencies, has become a prized ‘talking head’ across the BBC for epidemics, vaccines and anti-meat diets. His recent scary tales of climate change, “How to Avoid a Climate Disaster”, was recently given five airings on prime time Radio 4.

Elsewhere, there are prizes for the best behaved – sorry – most distinguished climate journalist. Every year, the foundation of BBVA, a Spanish bank heavily involved in financing Net Zero projects, hands out €100,000 to the lucky recipient. Last year it went to Marlow Hood of Agence France-Presse, who describes himself as the “Herald of the Anthropocene”, the latter being a political renaming of the current Holocene era. In 2019, Matt McGrath of the BBC pocketed the cash, while in 2020 the award went to – no great surprise – the Guardian.

Much of the BBC money appears to support advocacy in the developing world, although the terms of specific grants are sometimes hard to understand. A letter from the Bill and Melinda Gates Foundation in August 2019 describing the purpose of a $2.03 million grant to the BBC reads as follows: “To help us learn deepen our underpinning of processes and user journeys for different sets of women’s empowerment collectives, develop use cases for where digital can help amplify effects bring efficiencies, and close gender gaps for women”.

No doubt when this non-sensical gibberish was translated into understandable English, the money was spent wisely.