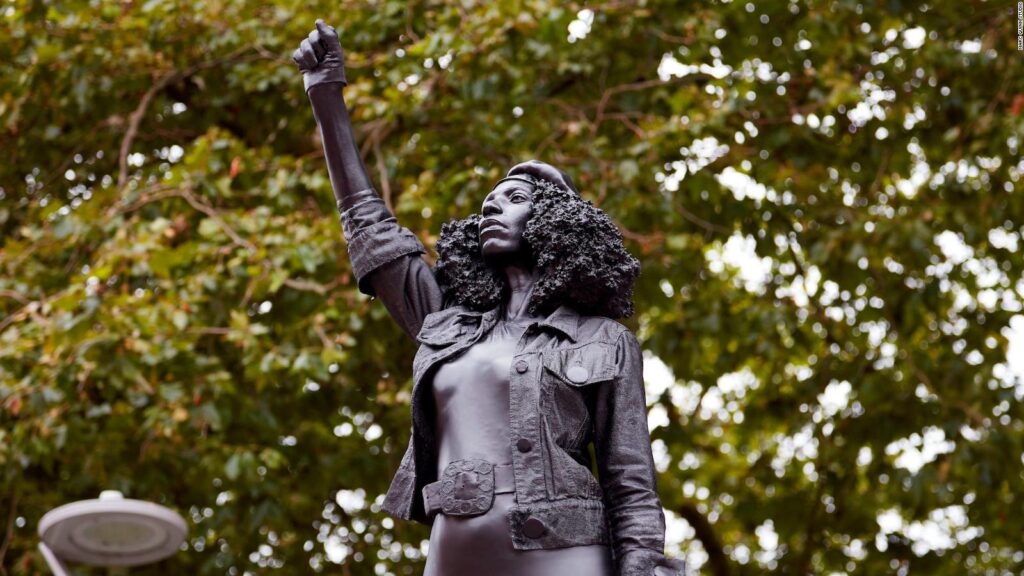 We’re publishing today a piece by Dr. John Marenbon, who is a Fellow of the British Academy, Senior Research Fellow of Trinity College, Cambridge, and Honorary Professor of Medieval Philosophy. It is a critique of the ‘New Normal’ that Dr. Marenbon argues has emerged in the past two years as “a set of views about discrimination, prejudice, culture and guilt” under which “white, heterosexual men began to be obliged to feel guilty for being themselves”. These views moved from “being the preserve of some in the media, politics and the universities to becoming, at least nominally, the accepted way of thought in public life in Britain and the West more generally”.

He distinguishes two intertwined strands of the ‘New Normal’: the social and the historical/cultural, both of which he says are pernicious and based on falsehoods. Here’s an excerpt:

The cultural strand was thrown into prominence in June 2020 when Black Lives Matter protesters in Bristol removed from its plinth a 19th-century statue of the local philanthropist, Edward Colston, who made his fortune in the slave trade at the end of the 17th century. They then defaced it, rolled it through town and threw it into the sea. Although some politicians and commentators condemned the criminal violence of this action (others condoned it), there was hardly a voice among them in favour of retaining the statue, despite its status as a memorial to the historical culture (17th and 19th century) of Bristol. Indeed, in the wake of the Colston episode, statues countrywide became objects of suspicion, as the authorities quietly removed to the obscurity of museum storerooms those whose subjects did not meet today’s norms of behaviour. Slave-trading has come to be regarded as a communicable disease, infectious not just for hours and days but for centuries, if even the slightest traces of it remain on artefacts from the past. Thus the silver on Cambridge college High Tables has been summoned before commissions of enquiry, and items donated by students with families involved in the slave trade judged unfit for use. Even Scotland’s second greatest philosopher, David Hume, has not escaped: Edinburgh University’s ‘David Hume Tower’ has now been more prosaically renamed ‘40 George Square’ following the philosopher’s defenestration, on the grounds that he used racist language, by the appropriate cadres (the university’s Equality and Diversity Committee and its Race Equality and Anti-Racist Sub-Committee).

Just as the social strand threw into prominence an organisation, Black Lives Matter, which antedated the events following George Floyd’s murder, so the cultural strand has given wide currency to a slogan, already popular among radical groups: ‘Decolonise the curriculum!’ Previously uttered as a complaint by student activists, this injunction has now set the wheels of university (and school) authorities in motion, and although they may be unsure about what it means, few in the arts and humanities question that it is a valuable aim, to be pursued without delay or reflection.

But is the New Normal really new? The discussion about discrimination, both sexual and racial, was already widespread in the 1970s, and since then thousands of pages have been written by legal theorists especially, but also by philosophers, on affirmative action. The beginnings of its cultural strand can also be seen half a century ago in the opposition to the Western Civilisation courses, which had been widespread in U.S. universities, and more widely in calls for curriculum reform over the last two decades.

As a collection of arguments, the content of the New Normal is indeed far from novel. What is new is that the views are no longer presented as arguments, to be accepted because they are rationally convincing or countered with other arguments and new evidence. They have become an orthodoxy, and are on their way to becoming an unchallengeable one.

Public dissent from this New Normal is rare. A few brave politicians have refused to take a knee. Others, and no doubt a majority of the public, including many of those who have publicly professed faith in the new gospel, are waiting quietly for it all to pass. The danger is that they are waiting in vain. A new dogma, which is accepted for political reasons and to avoid contention, though mouthed at first without conviction, rapidly acquires the familiarity of habit and in the end is accepted as unquestionable truth.