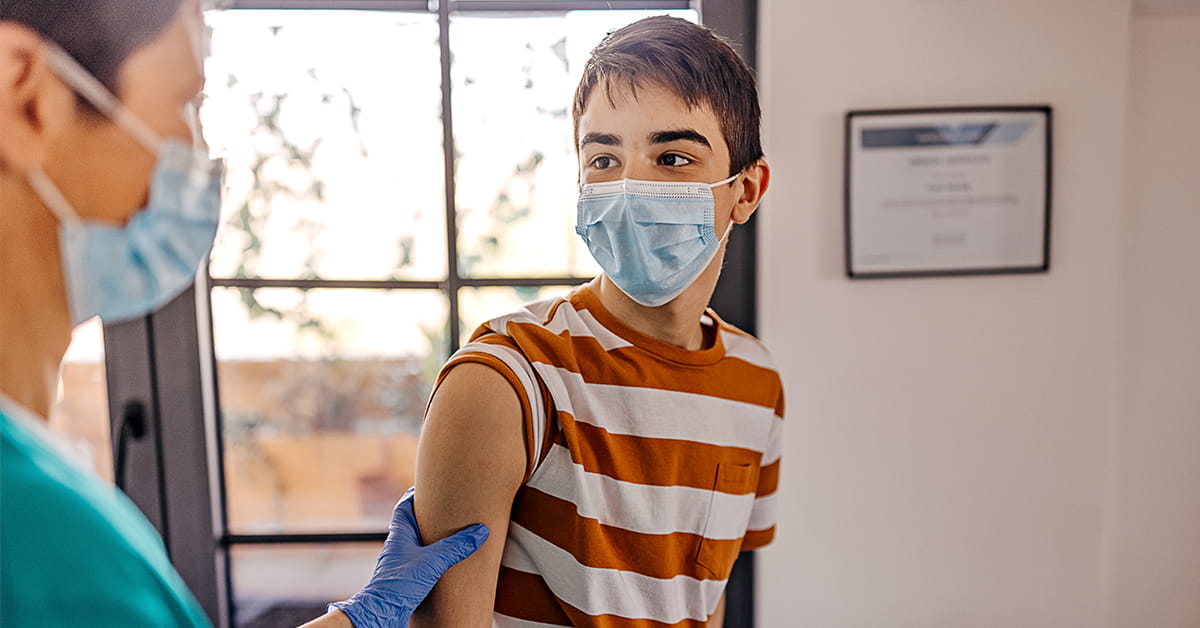 A group of 30 MPs, peers, doctors and scientists – including MPs Miriam Cates, Graham Stringer and Sir Desmond Swayne and scientists Professor Allyson Pollock, Professor David Livermore and Professor Anthony Brookes – have written again to the JCVI calling for the Covid vaccination programme in healthy under-16s to be paused pending further studies, arguing that the evidence the benefits outweigh the risks is lacking.

The group first wrote to the Government vaccine advisory committee in early January to raise their concerns and received a reply on January 20th from Professor Wei Shen Lim, COVID-19 Chair of the JCVI. He disputed the relevance of the recent study showing that myocarditis risk following vaccination in young males is higher than previously thought, and argued the clinical and epidemiological characteristics of Omicron as a milder and vaccine-evading variant are not necessarily decisive as further variants may emerge. He also stated that the JCVI’s advice regarding the primary course of vaccination did not predetermine its advice regarding further ‘booster’ doses – apparently not being concerned about logical coherence, in that recommending boosters when a primary course is not recommended would defy sense.

The authors found this response very inadequate and have now set out in a reply why the JCVI must take seriously the evidence on risk and lack of benefit for this age group. Their letter is published in full below, beneath the letter from Prof. Lim to which they are replying.

Thank you for your response to our letter of January 7th. We are concerned that you still appear to be supporting the COVID-19 vaccine rollout for healthy children, who are most unlikely to suffer any significant illness from the virus, without reassessing benefits and harms in light of new evidence.

The child vaccination programme seems to be ineffective in reducing infection and transmission and, among other as-yet-unknown possible adverse effects, is associated with a risk of myocarditis – a serious condition, known in other cases to have a significant impact on lifelong morbidity and mortality.

Risk-benefit analyses are usually considered in the present, as this is where the decision is made. What is known of Omicron is that it is highly contagious but clinically milder. Therefore, post-infection or natural immunity will be acquired far faster across the population, further reducing the clinical usefulness of the vaccines in preventing infection and transmission. Indeed, it is known from a number of studies (two examples here and here) that natural immunity appears to be more robust than vaccine-induced immunity. A high number, perhaps the majority, of U.K. children are likely to have had COVID-19, so are well protected by natural immunity, and this is a number that is likely to be increasing all the time. This again begs the question as to why the JCVI has not reassessed the benefit-to-risk ratio of the child vaccination programme in light of the Omicron variant. Present understanding of respiratory viruses tells us that subsequent variants are highly likely to be milder rather than more severe in their clinical manifestation. We have no reason to suspect that SARS-CoV-2 will defy this evolutionary principle. Children will also almost certainly have broader immunity against future variants from Omicron infection, compared to vaccine-induced immunity from current vaccines, which were developed to an earlier variant spike protein no longer in common circulation. When all that is now known is considered within the previous JCVI criteria, the benefit of the vaccine reduces further. The risks, however, remain unchanged or are increasing as new adverse events following vaccination are recognised.

We refer here to data from Hong Kong and Israel. In Hong Kong, the myocarditis rate was one in 2,680 using the Comirnarty (Pfizer) vaccine (not Moderna) in male 12-17 year-olds.

This issue is therefore highly relevant to the U.K. situation, with mid-late teenage males at higher risk of myocarditis. Of note, a U.S. study indicated a high rate of gadolinium enhancement in mRNA vaccine-associated myocarditis, consistent with myocardial scarring and long-term damage.

The lower reporting rate in the U.K. may reflect the lack of a formal study of this age group, and the suggestion that a longer interval between first and second doses could reduce the risk is speculative. In view of the concerns raised in the original JCVI review, it is remarkable that a formal study, with serial troponin monitoring, as well as serial cardiac assessments, in post-vaccinated males in this age group, with an appropriate control group, is not yet available.

Myocarditis is only one of the now proven adverse effects of these vaccines. Does the JCVI not agree that when adding in the unknown long-term harms (especially relevant for the young, with many years of healthy life expectancy ahead of them) the risk of the vaccine now exceeds the risk of the virus for the majority of children?

Regarding primary course and boosters

The sole purpose of vaccinating children ‘not in a clinical risk group’ would appear to be to reduce community transmission. Current data from the U.K. Health Security Agency (HSA) and Public Health Scotland are highly inconsistent with reduced transmission through vaccination overall, with a trend of relative increase in the ratio of vaccinated infection versus unvaccinated infection over time. This trend, and data elsewhere showing rapidly waning vaccine efficacy against infection with the Omicron (and Delta) variants over time, raise a very strong probability that vaccine efficacy will follow a similar pattern in teenagers. The UKHSA trend over time has been consistent with waning efficacy in higher age groups, corresponding to the prior time of vaccination of those age groups. This would remove all theoretical benefits of vaccinating healthy children.

In view of the above, the concerns raised in the original letter have not been addressed. Further, we find it genuinely remarkable that, given the prior JCVI concerns, formal studies have not been put in place during the rollout in these age groups with acknowledged limited benefit and significant knowledge gaps regarding safety.

The further data on myocarditis, the clear evidence of far lower risk and high rate of mild infection with the Omicron variant, and the evidence of waning vaccine efficacy in older age groups must all push the risk-benefit ratio previously discussed by the JCVI strongly in the direction of further risk and lesser benefit to children. Does the JCVI agree that the benefit-to-risk ratio is now reduced further, compared to when it previously advised against recommending the mass vaccination of healthy 12-15 year-olds?

What is the urgency to vaccinate healthy children at this time? Pausing the current vaccine programme in children would allow time to undertake the necessary research which would resolve the difficulties affecting the current decision making. The JCVI is tasked with the responsibility of considering vaccine safety and efficacy and as such every effort should be made to assess both safety and efficacy of a new vaccine in the early stages of its deployment, especially for children and young people.