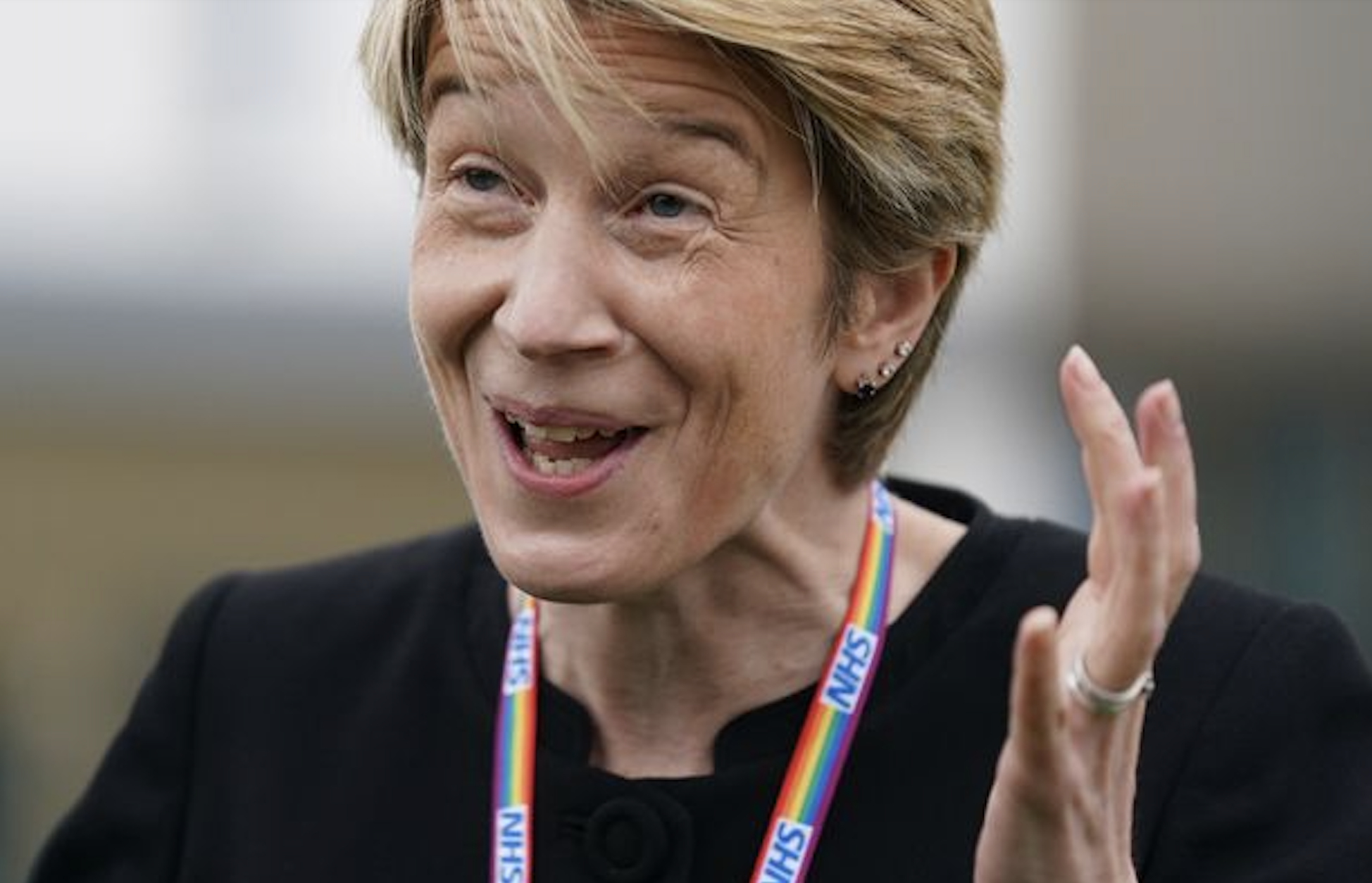 Earlier today, Amanda Pritchard, the head of NHS England, made the following claim:

There is no doubt that the NHS is running hot and there are some very real pressures on health and social care. We have had 14 times the number of people in hospital with COVID-19 than we saw this time last year.

Needless to say, this was faithfully reported by various media outlets. For instance, ITV News ran a story on it headlined: “Hospital Covid admissions 14 times higher than this time in 2020.”

There was only one problem: it isn’t true. The number of COVID-19 patients currently in English hospitals is 7,510 according to the Government’s Coronavirus Dashboard, whereas the number in November 2020 was over 11,000.

When the figures being reported by ITV – and Sky News, and iNews – were challenged, NHS England issued a ‘clarification’, explaining that she was comparing August 2021 with August 2020, neglecting to mention that in August of last year the virus had dwindled away to almost nothing. The reason she hadn’t cited more up to date figures, according to the poor flak at NHS England tasked with explaining away this misleading stat, was that “these are the latest figures they have”.

Unfortunately, the cover up was no more true than the initial claim. NHS England has access to more up to date figures than August of this year – the latest figures on the Coronavirus Dashboard, supplied by NHS England, are for November 2nd.

Worse, it seems very unlikely that Ms Pritchard was comparing August 2021 with August 2020 – NHS England just said that because that’s the only way they could get the ’14 times’ figure to work. Christopher Snowdon – yes, that Chris Snowdon – has helpfully tracked down the real source of this bogus stat in a piece for CapX:

Something about this claim dimly rang a bell with me so I went looking for previous mentions of it. This led me to Stephen Powis, NHS national medical director, who had used almost exactly the same words in a press release a few weeks ago. He said: “There is no doubt the NHS is running hot, with the highest ever number of patients seen in A&E in September, 14-times as many covid patients in hospital compared to the same month last year and record 999 ambulance calls.”

Pritchard seems to have liked this statistic so much that she repeated Powis’s comments almost verbatim, complete with the reference to the NHS ‘running hot’. The only words she missed out were ‘in September’. Or maybe an assistant copied and pasted it into a briefing for her. Whatever the reason, a statistic that checked out in September and was just about defensible in October, so long as it was put in proper context, had become a lie by November.

In the not too distance past, it was the the lockdown sceptics who were accused of trafficking in misinformation. A few more howlers like this one, and people will start to realise it’s the lockdown zealots who are pumping out fake news to promote their agenda, not us.

Despite a Tsunami of Condemnation, Sweden’s Approach to Covid Hasn’t Ended In Disaster