The Virus “Looks Engineered”, Dr Fauci was Told by a Leading Scientist, Before Both of Them Actively Suppressed the Lab Leak Theory 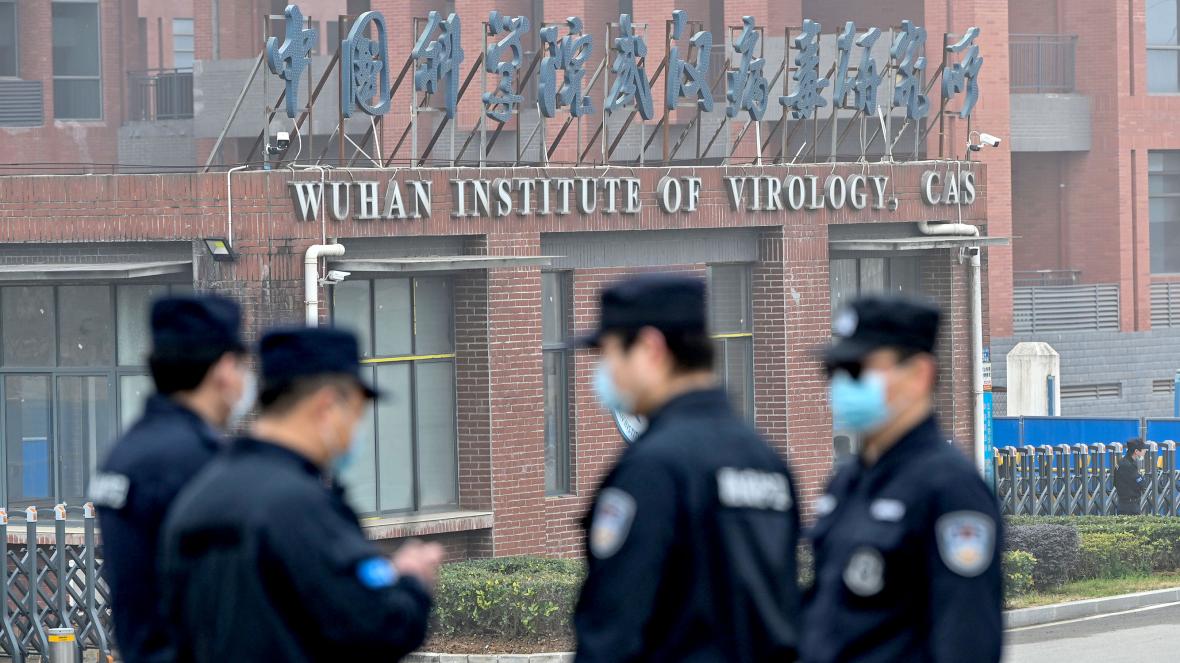 Why did senior U.S. Government Covid adviser Dr. Anthony Fauci and other leading scientists seek to quash any suggestion of a lab leak origin back in early 2020 and ensure it was written off as a conspiracy theory? That’s what many people are asking now that a lab leak is being seen, including by Dr. Fauci himself and President Joe Biden, as a possibility worth investigating.

In May 2020, Dr Fauci was unequivocal: “If you look at the evolution of the virus in bats and what’s out there now, [the scientific evidence] is very, very strongly leaning toward this could not have been artificially or deliberately manipulated… Everything about the stepwise evolution over time strongly indicates that [this virus] evolved in nature and then jumped species.” Yet now he has changed his tune. On May 11th he stated that he is “not confident” the virus developed naturally and he is “perfectly in favour of any investigation that looks into the origin of the virus”.

The controversy has escalated in the last couple of days after the publication of emails from February 2020 that show Dr. Fauci being told by Dr. Kristian Andersen, Director of Infectious Disease Genomics at the Scripps Research Institute, that SARS-CoV-2 features “look engineered“.

In the emails, obtained by BuzzFeed through Freedom of Information enquiries, Dr. Anderson wrote: “I should mention that after discussions earlier today, Eddie, Bob, Mike, and myself all find the genome inconsistent with expectations from evolutionary theory. But we have to look at this much more closely and there are still further analyses to be done, so those opinions could still change.”

It seems the opinions did change, as six weeks later Dr. Anderson was a lead signatory of a letter in Nature that declared: “The evidence shows that SARS-CoV-2 is not a purposefully manipulated virus.”

In the wake of the revelation about his February email, Dr. Anderson has doubled down and defended his Nature letter, tweeting: “As I have said many times, we seriously considered a lab leak a possibility. However, significant new data, extensive analyses, and many discussions led to the conclusions in our paper. What the email shows, is a clear example of the scientific process.”

But with the world increasingly convinced the lab leak hypothesis is a live possibility – and always was – it will be interesting to see how long Dr. Andersen can stick to his position that writing it off completely in March 2020 was “a clear example of the scientific process”. Veteran science journalist Nicholas Wade has already dismissed Anderson’s Nature letter as “another case of poor science”. It falsely assured readers “of something [the authors] could not know”, he writes, since “viruses can be manipulated in ways that leave no defining marks”.

Prior to the Nature letter, a letter in the Lancet in February 2020 from a group of virologists, organised by Dr Peter Daszak, had announced the “scientific consensus” that the media seemed to crave. It declared: “We stand together to strongly condemn conspiracy theories suggesting that COVID-19 does not have a natural origin… Scientists… overwhelmingly conclude that this coronavirus originated in wildlife. … Conspiracy theories do nothing but create fear, rumours, and prejudice that jeopardise our global collaboration in the fight against this virus.” However, it later came out that Dr Daszak’s organisation, EcoHealth Alliance, of which he is President, had funded coronavirus research at the Wuhan Institute of Virology. Despite this, the authors wrote: “We declare no competing interests.”

Far from being a “conspiracy theory” to be quickly denounced by false scientific consensus, there was evidence right from the start that a lab leak was a real possibility – most obviously, the fact that the outbreak began in Wuhan and virus lab leaks are common.

The Wuhan Institute of Virology is a world leader in “gain-of-function” research on coronaviruses, so the idea that an unusually contagious coronavirus already adapted to infect humans might be present in the labs there and able to escape was always plausible. Nicholas Wade explains:

Why would anyone want to create a novel virus of greater pathogenicity? Virologists argue they can get ahead of a potential pandemic by exploring just how close a given animal virus might be to making the jump to humans. These enhancements of viral capabilities are known blandly as gain-of-function experiments but are so obviously dangerous that from 2014 to 2017 the U.S. Government placed a moratorium on funding them.

With coronaviruses, there was particular interest in the spike proteins, which jut out all around the spherical surface of the virus and pretty much determine which species of animal it will target. In 2000, Dutch researchers, for instance, earned the gratitude of rodents everywhere by genetically engineering the spike protein of a mouse coronavirus so that it would attack only cats.

At the Wuhan Institute of Virology in China, virologists have been doing exactly these kinds of experiments. The programme is headed by Dr. Zheng-li Shi, known as Bat Lady in China because of her intense interest in bat viruses. Dr. Shi gathered many coronaviruses from the bats that live in caves in Yunnan in southern China. She then took the spike protein genes from various viruses and inserted them into the genomes of other viruses. The goal was to explore the natural ability of the various spike proteins to attack human cells. As with other gain-of-function studies, the idea was to explore the genetic pathways by which an animal virus might jump to humans, and thus help forestall an impending epidemic.

Richard Ebright, a Molecular Biologist at Rutgers University, says the WIV’s research was no secret: “It is clear that the Wuhan Institute of Virology was systematically constructing novel chimeric coronaviruses and was assessing their ability to infect human cells and human-ACE2-expressing mice.”

“It is also clear,” Dr. Ebright says, “that, depending on the constant genomic contexts [i.e., the particular viral backbone] chosen for analysis, this work could have produced SARS-CoV-2 or a proximal progenitor of SARS-CoV-2.”

How do we know for sure that this is what Dr. Shi was doing? Because, by a strange twist in the story, she was funded by grants from the National Institutes of Health, the US equivalent of the Medical Research Council. These grant proposals, channelled through Dr Daszak, and a matter of public record, make clear that she was testing the ability of various spike proteins to infect humanised mice.

In an interview on December 9th 2019, just before the outbreak of the pandemic became generally known, Dr. Daszak talked in glowing terms of how researchers at the Wuhan Institute of Virology had been reprogramming the spike protein and generating chimeric coronaviruses capable of infecting humanised mice.

“Well I think… coronaviruses – you can manipulate them in the lab pretty easily,” he said. “Spike protein drives a lot of what happens with coronavirus, in zoonotic risk. So you can get the sequence, you can build the protein, and we work a lot with Ralph Baric at UNC to do this. Insert into the backbone of another virus and do some work in the lab.”

The idea that SARS-CoV-2 might have leaked from such a lab – one studying a number of viruses closely related to SARS-CoV-2 – hardly seems beyond the realm of possibility, particularly when you realise that this research was often being done at a biosafety level similar to that of a dentist’s surgery: “You have to wear a lab coat and gloves, do experiments under a hood, put up a biohazard warning, and that’s about it”, writes Wade.

There’s other evidence too. Despite extensive surveys of wild animals, the closest known relative of the virus is found in bats 1,500km away from Wuhan in southern China. Yet the local population there were not the first infected, and the outbreak emerged while the bats were hibernating.

The Huanan seafood market in Wuhan has been ruled out as the origin because many of the earliest identified cases had no connection to it.

There is no sign of SARS-CoV-2 going through a process of adaptation to humans, but it was straight away highly transmissible among humans.

There is also evidence in the virus’s genetic structure. Virologist Dr David Baltimore explains: “When I first saw the furin cleavage site in the viral sequence, with its arginine codons, I said to my wife it was the smoking gun for the origin of the virus. These features make a powerful challenge to the idea of a natural origin for SARS2.”

Dr Angus Dalgleish has argued that: “The laws of physics mean that you cannot have four positively charged amino acids in a row. The only way you can get this is if you artificially manufacture it.” Dr Dalgleish has also said Chinese scientists have been deliberately covering their tracks: “We think that there have been retro-engineered viruses created. They’ve changed the virus, then tried to make out it was in a sequence years ago.”

In some ways it is odd that the mainstream narrative turned so firmly and quickly against the lab-leak theory given that it fits with the idea of an unusually deadly virus. Indeed, it is disliked by many sceptics for that reason, some of whom favour explanations that involve the virus not escaping from a lab but circulating globally below the radar for months or even years before it was discovered in Wuhan. To support this they cite evidence of SARS-CoV-2 antibodies being detected in blood samples in Europe from September 2019 or even earlier. However, it appears that all of these early “cases” were asymptomatic, and they are much more likely to be false positive results of the antibody test than genuine SARS-CoV-2 in Europe in summer 2019.

Is the mainstream anti-lab-leak movement an indication of the influence of China behind the scenes? Or is it an outgrowth of the vested interests of virologists defending their discipline and its favoured research projects and trying to avoid blame? Ethan Siegel’s latest piece in Forbes seems to indicate the latter, arguing that: “Seriously considering this shocking, ill-founded accusation serves to further undermine the autonomy and academic freedom of researchers around the world who work in highly specialised fields.” Shocking, ill-founded accusation? It’s not personal, Ethan, it’s just following the evidence.

Here’s a recap of key events and reports which may help to piece together the origin of the virus:

Will everybody learn from this misplaced exercise in censorship and suppression? Or is it much more likely that they will carry on as before and not see the harm done by trying to impose a false scientific consensus and silence dissenters through fear and denial of platform?