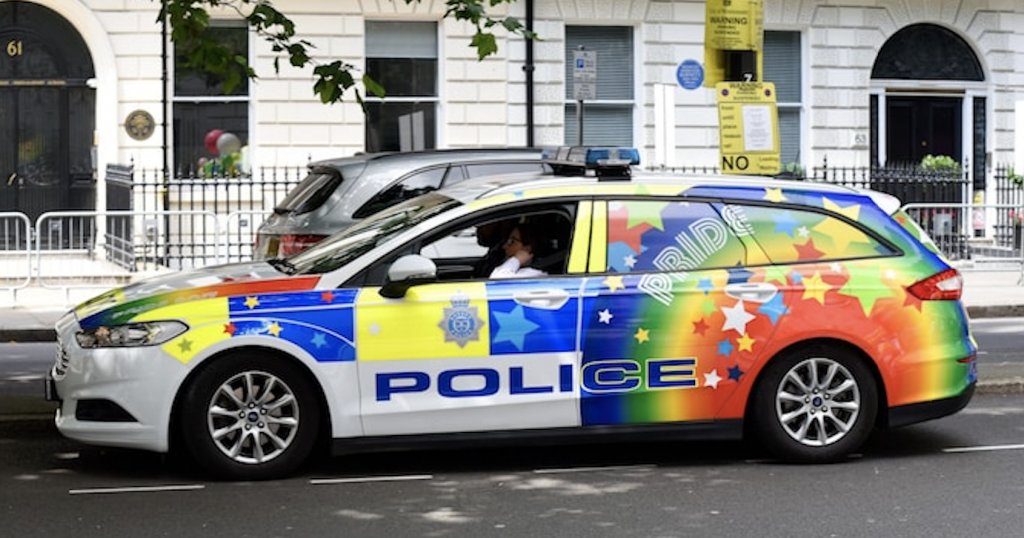 I’ve written a piece for Mail+ today about the new rainbow-coloured patrol cars the British police have introduced in an effort to tackle hate crime. As you can imagine, I’m not particularly enthusiastic about this initiative. Here is an extract:

The decision by UK police to replace patrol vehicles with ‘hate crime cars’ – which are decorated with rainbow colours and emblazoned with the word ‘Pride’ – is like something out of a W1-style satire about ‘woke’ British policing.

Are the police really devoting resources to spray-painting their vehicles with rainbows when only 7% of violent crimes end up being prosecuted? And it isn’t just stabbings that go unpunished. I was burgled last week and the thieves made off with my teenage daughter’s laptop, containing all her A-level photography work.

The police didn’t turn up until the following day – mercifully not in a unicorn car – at which point they told us nothing could be done. However, we did get a nice email from them containing our ‘crime reference number’ and an assurance that “the Metropolitan Police stands against any form of discrimination”.

Does that include discriminating against criminals by arresting them?