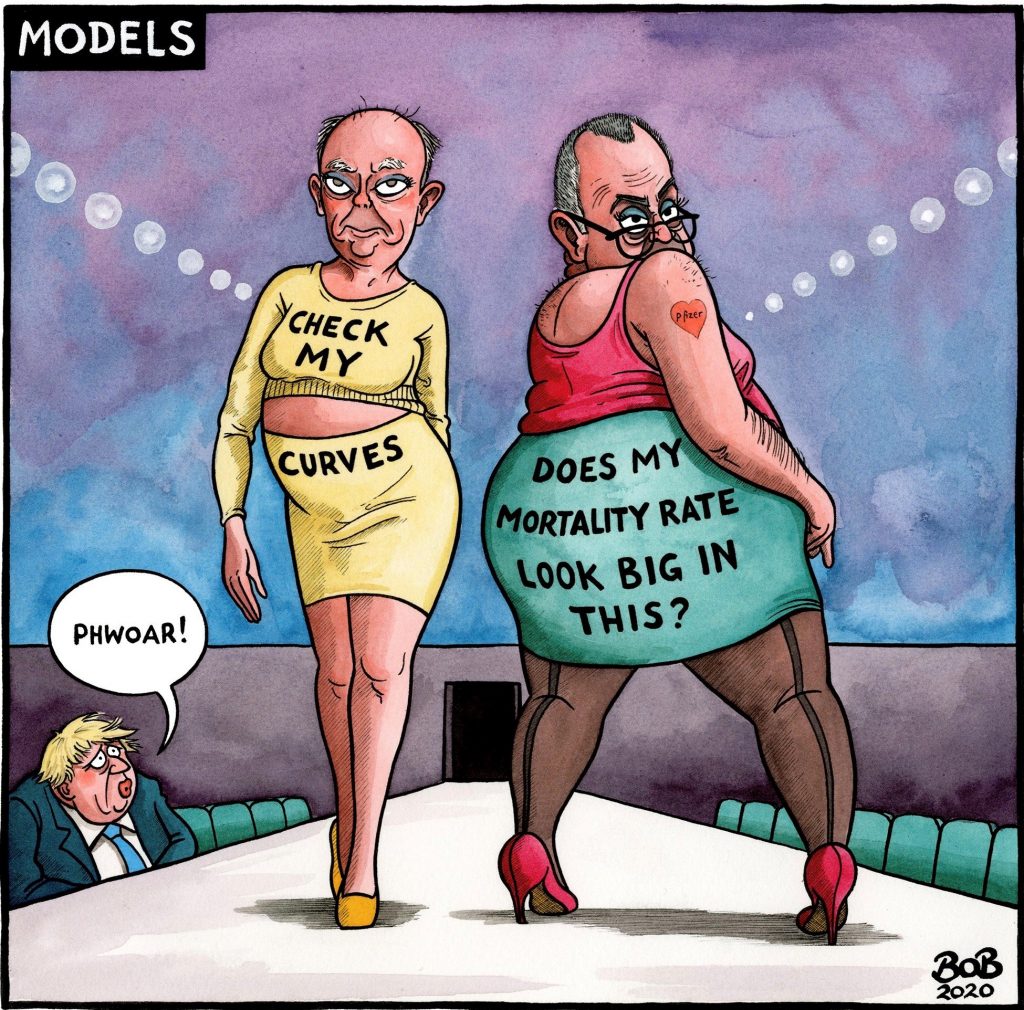 We’re publishing an original piece today by Lockdown Sceptics regular Glen Bishop, a second year maths student at Nottingham University. Glen has read a paper released by the Warwick modelling team that is part of SAGE’s SPI-M group last May and uncovered some interesting facts. Not the least of these is that when the team modelled what the signatories of the Great Barrington Declaration refer to as “Focused Protection”, i.e. protecting the elderly and allowing those who aren’t vulnerable to the disease to go about their lives taking sensible precautions, as they would during a normal flu season, the projected loss of life between March 2020 and May 2021 was 138,000, only 11,000 more than the 127,000 that have supposedly died from Covid already, with the Government embracing the suppression strategy endorsed by SPI-M. The modelling team also acknowledges that of all the alternatives to an indiscriminate lockdown, shielding those aged 60 and over would have resulted in the least loss of life as well as the least socio-economic disruption. Here’s the key paragraph from the Warwick paper:

A completely uncontrolled outbreak is predicted to lead to around 200,000 deaths, approximately 2 million QALY losses but no lockdown impacts. If the current controls are maintained until the end of 2020, then we predict 39,000 deaths this year [2020], but a further 159,000 if controls were then completely removed. Regional switching and age-dependent strategies provide alternative exit strategies in the absence of pharmaceutical interventions. Of these, the age-dependent shielding of those age 60 or over generates the lowest mortality and also the lowest lockdown scale, thereby minimising socio-economic disruption. However, it is unclear if a protracted lockdown of this age-group would be practical, ethical or politically acceptable.

Glen’s article is worth reading in full.