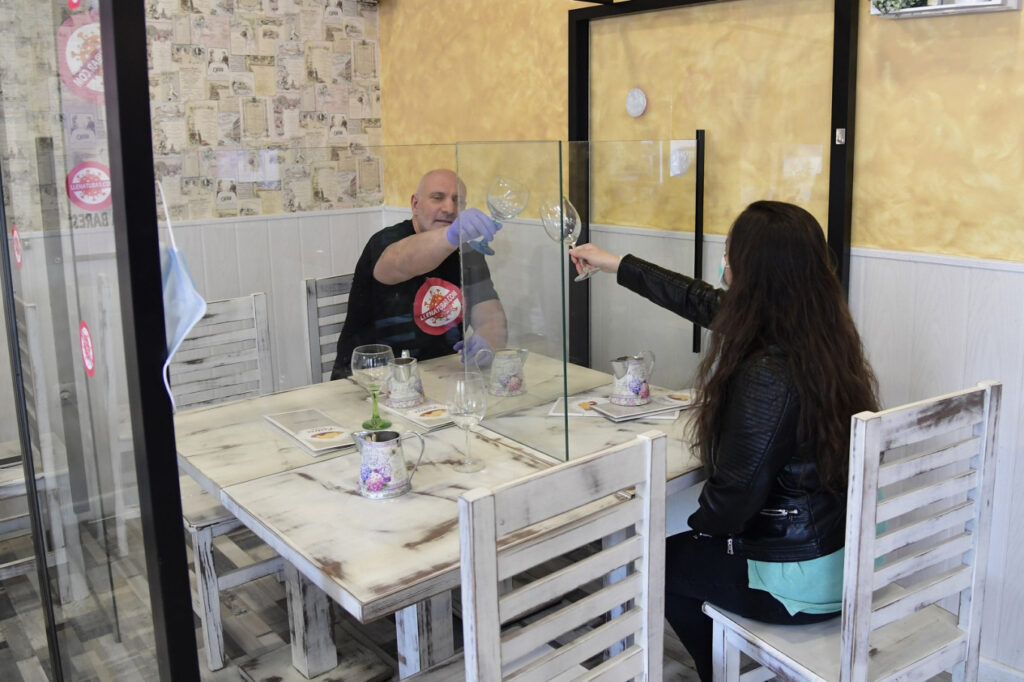 There follows a guest post by a Daily Sceptic reader, who wishes to remain anonymous, on the anger that led him to stop wearing a mask – but the apathetic resignation to the ubiquitous Covid theatre that led him to acquiesce to a pointless Perspex screen.

Cast your mind back to the distant past. Do you recall when the Government postponed the so-called June 21st 2021 ‘Freedom Day’ by a month? (You remember: the ‘irreversible terminus’ of the ‘road map’!) Well, I’d been seething for a while, but when that happened I really was as mad as hell and finally decided not to take it anymore. My protest was rather timid, but it felt like a big step at the time: I resolved I would no longer ‘mask up’ (there must be some strong contenders but has a more loathsome phrase entered the language in the Covid era?) as an outward and visible sign of my inward opposition to the nonsensical tyranny that had taken control of our country. (Musings on the travails of my conscience at this time were kindly published by the Daily Sceptic.)

I confess that I was, in that long-distant summer, a little nervous upon entering the supermarket and getting on a train for the first couple of times. But it very quickly came to feel completely unremarkable – and highly liberating. Somewhat to my surprise, I also found that nobody challenged me. Not a single person. I had no difficult conversations or explosive confrontations; I didn’t need to enter into heated debates about exemptions or human rights. I maybe received the odd death-glare from my fellow-citizens, but with half of their face obscured, how can you really tell?

I was an outlaw for a month, until July 19th 2021, from when nobody was obliged to wear a mask in shops or on public transport and the law was finally on my side. There remained ‘guidance’ to the effect that wearing masks in crowded places was recommended, but with laughable optimism I assumed that this guidance would be generally disregarded. I strode into my local Co-op on July 19th, fully expecting to see a sea of cheerful bare faces. Why would anyone voluntarily submit to this dehumanising and degrading imposition? It was the middle of summer; all the metrics that apparently measured the progress of the (increasingly questionably named) pandemic were gently bumping along at the bottom of a line graph; surely nobody would continue to choose to put a mask on their face to go shopping?

But no: in shops and on buses the masked-up still remained a clear majority. I found this disconcerting. It started to dawn on me that, deep down, maybe people actually liked wearing them, and that there was perhaps more going on here – psychologically, politically, sociologically – than simply staying safe. 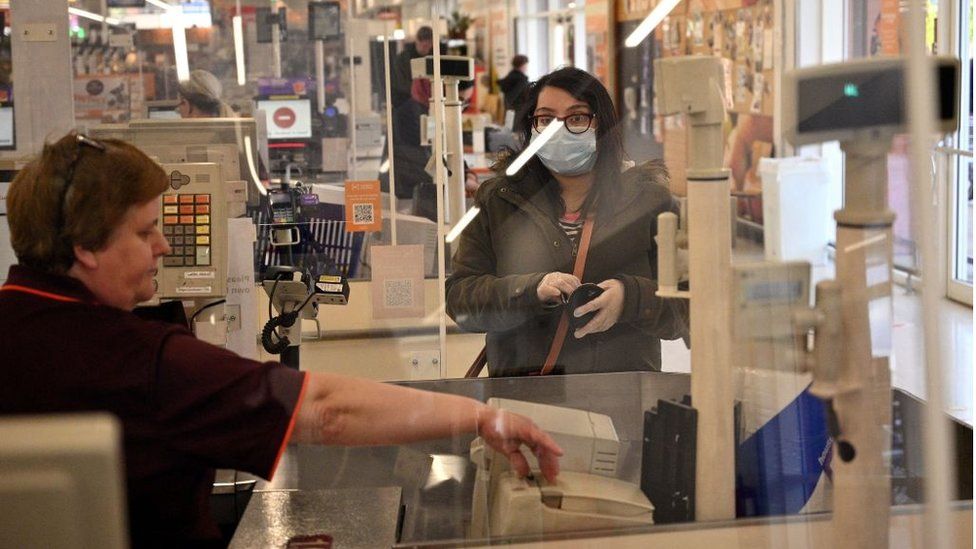 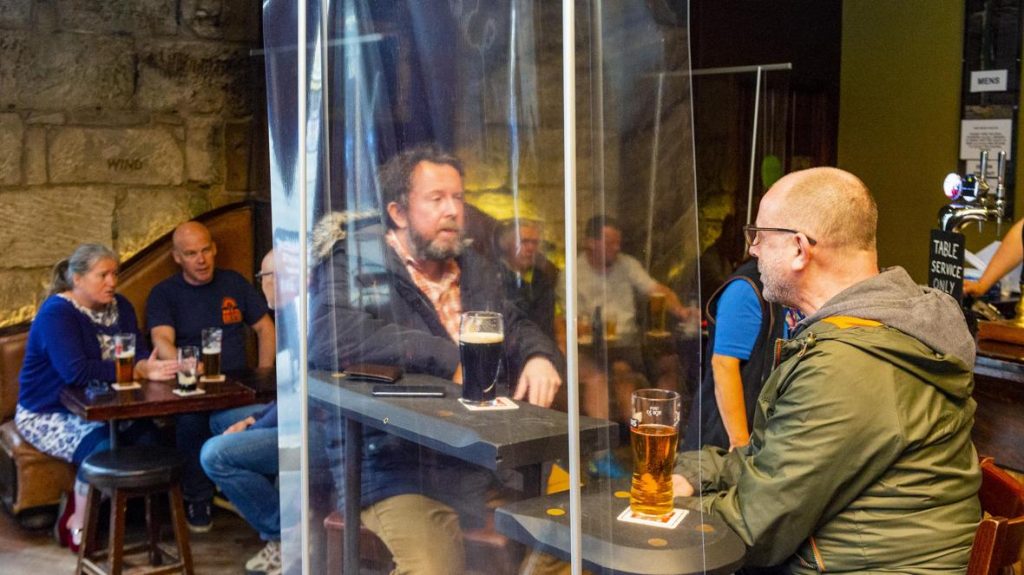 Perspex screens appear to have joined the long list of measures introduced to mitigate the impact of SARS-CoV-2 which actually make matters worse. Alex Wickham of Politico has got hold of a leaked planning document describing what Stage 4 of the roadmap will look like and what social distancing measures will remain in place throughout the winter and possibly beyond. He reports that the Government has been urged to ban the use of these screens in pubs, restaurants and offices.

Not only do Perspex screens not stop the spread of the virus, they may actually increase transmission! More from Alex here:

Problems include them not being positioned correctly, with the possibility that they actually increase the risk of transmission by blocking airflow. Therefore there is clear guidance to ministers that these perspex screens should be scrapped.

Even if perspex screens are scrapped, the guidelines on face masks will likely remain place in some settings “long-term”, Alex Reports, despite evidence of their benefits being equally threadbare.

Stop Press: You can read more about the leaked Stage 4 planning document here.