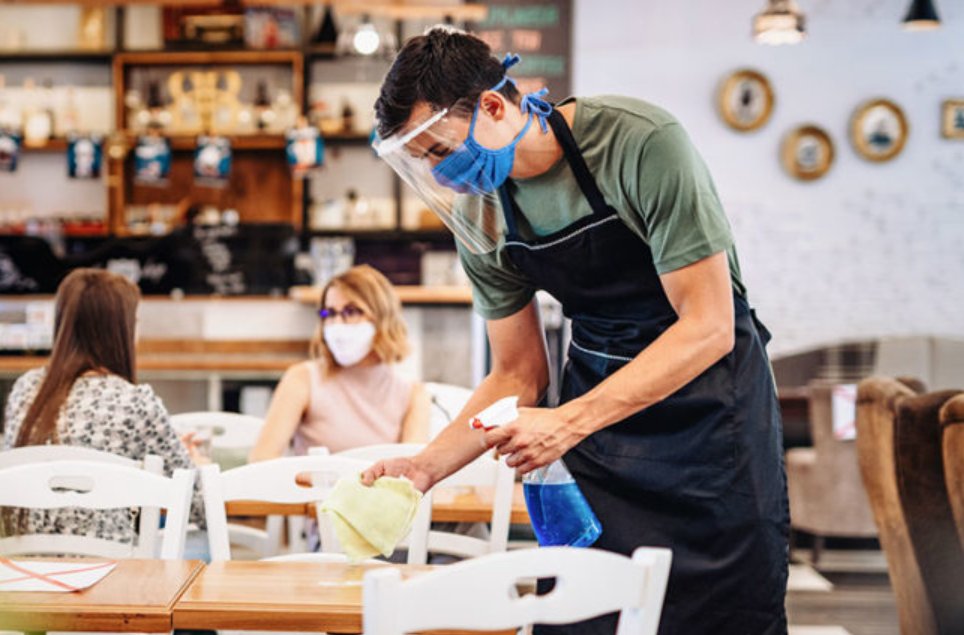 A reader was disturbed this week by a visit from an official from the Health and Safety Executive (HSE). What the official said appears to bode ill for the idea that the U.K. is ‘living with Covid’ insofar as that means moving away from all the Covid theatre and regulations of the past two years.

I work in a London hospitality business. This week an official from the HSE came in to do a Covid compliance spot check. Despite the Government making noises about Covid regulations being binned, the HSE person informed us that from April businesses with more than five employees will still be required to adhere to general ‘Covid safe’ practices, under the threat of enforcement proceedings (and fines) by the HSE.

Overhearing what the HSE official told the General Manager, it sounded to me as though it will involve keeping a Covid risk management plan in place and ensuring ventilation, access to sanitiser for customers and so on.

Most of it was asking questions about Covid management actions we have taken and are still taking. It implied that, so far as the HSE is concerned, Covid is a now a ‘standard’ risk which needs to continue to be managed alongside others.

So briefly, it appears:

– they are doing Covid spot checks insofar as they apply to employees;

– they will be increasing spot checks from April.

This suggests the perpetuation of Covid regulations will be enforced under the guise of general health and safety law. Not as advertised by the Government at all if so, and hardly reflects ‘living with Covid’ like we live with other mostly mild respiratory viruses.

Runs counter to the official narrative of a bonfire of Covid restrictions.

If the Government is serious about moving on from the pandemic then it needs to rein in the HSE and withdraw its guidance that treats COVID-19 as a special threat. 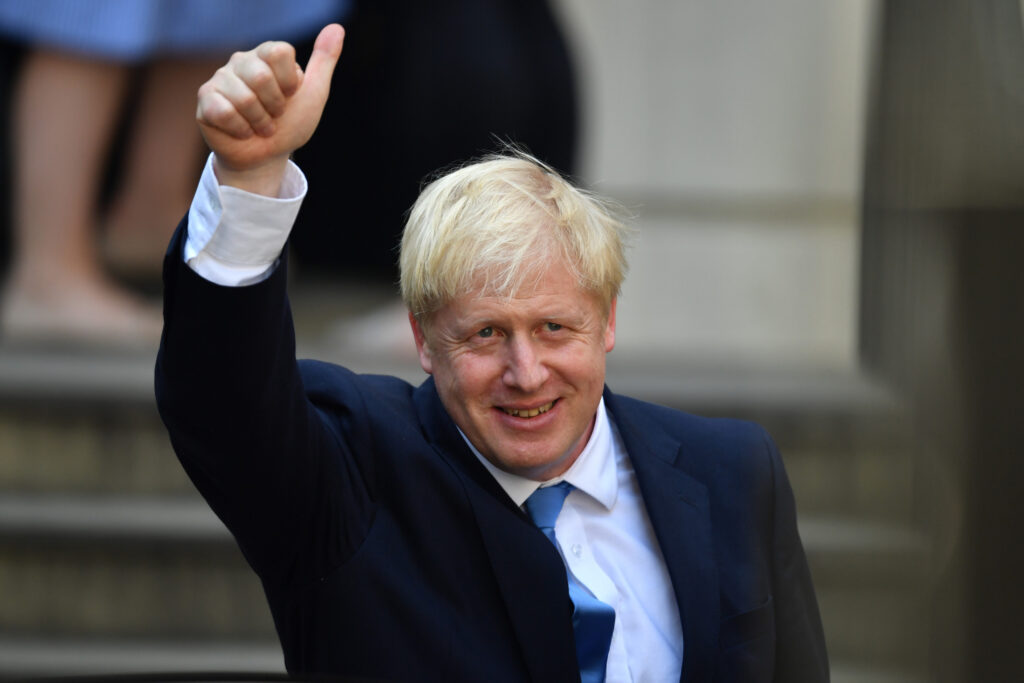 Prime Minister Boris Johnson announced today that all remaining Covid restrictions in England, including the legal requirement to isolate, will be scrapped this month, saying he expects to end the remaining COVID-19 restrictions a “full month early”, on February 24th. The Telegraph has more.

Speaking in the Commons during Prime Minister’s Questions, [the Prime Minister] said: “It is my intention to return on the first day after the half-term recess to present our strategy for living with Covid.

“Provided the current encouraging trends in the data continue, it is my expectation that we will be able to end the last domestic restrictions – including the legal requirement to self-isolate if you test positive – a full month early.”

He intends to confirm the end of Covid isolation rules on February 21st.

Sajid Javid, the Health Secretary, said: “We are the freest country in Europe thanks to the strong defences we have built. We’re learning to live with Covid.”

It’s unclear how Mr. Javid can claim the U.K. is the freest country in Europe when Denmark lifted all restrictions last week.

Nonetheless, it’s good news that the Government is moving to lift the remaining pandemic restrictions and laws, which we hope will be comprehensive. For the pandemic fully to come to an end, however, the Government must also remove all pandemic-related guidance, so that the private tyrannies of organisations, employers, businesses and insurance companies are also steered towards an end. The pointless travel restrictions, including those discriminating against the unvaccinated, must also be lifted. 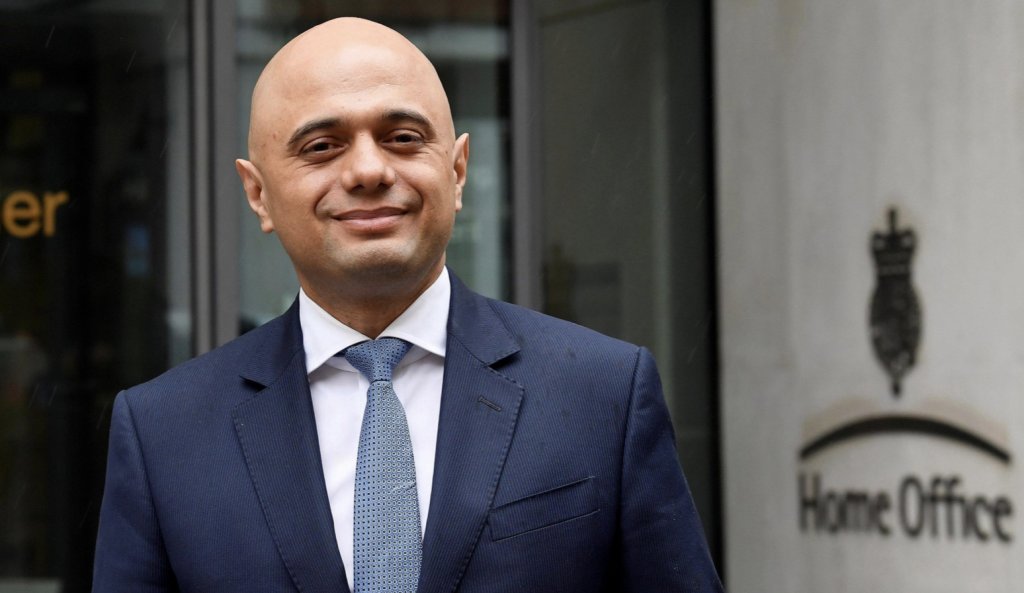 Allies of Sajid Javid are keen to point out that he will be much less “nanny state-ish” as Health Secretary than Matt Hancock has been over the past 15 months. But Javid failed his first test by ruling out unlocking the nation on July 5th and he is now accused of being unclear about whether all restrictions will be removed when ‘Freedom Day’ finally arrives.

Conservative MP Steve Baker has told Sky News that Javid has actually “worsened” the prospect of all restrictions being lifted on July 19th by being ambiguous over whether or not guidelines on social distancing and testing will end at this time.

Baker’s comments on the likelihood of Test and Trace continuing to play a large role after July 19th are particularly fitting, given that the Government has just awarded Serco and Mitie new testing contracts – worth up to £687 million collectively – to support this system. These contracts could run for up to 18 months.

The Deputy Chair of the Covid Recovery Group says that maintaining some restrictions after Step Four of the lockdown “roadmap” would risk creating a “hollow and haunted society”. Sky News has more.

He said: “I am very pleased he doubled down on it, but I would just observe he has doubled down on the existing Government line to take. In fact, in a sense, he has worsened the position.

“The impression which Matt [Hancock] was happy to create in the Commons was that once we got to Step Four there would not be regulations – freedom from regulations – now that’s difficult to reconcile with what’s now going on with events with Covid certification being trialled, with social distancing and test and trace – what actually is the world going to look like when we get our freedom back?”

“I’m very conscious that even voluntary measures will be interpreted by the Health and Safety Executive and businesses and could effectively be compulsory. So until the Government stops recommending these things, too many businesses will become unviable.” 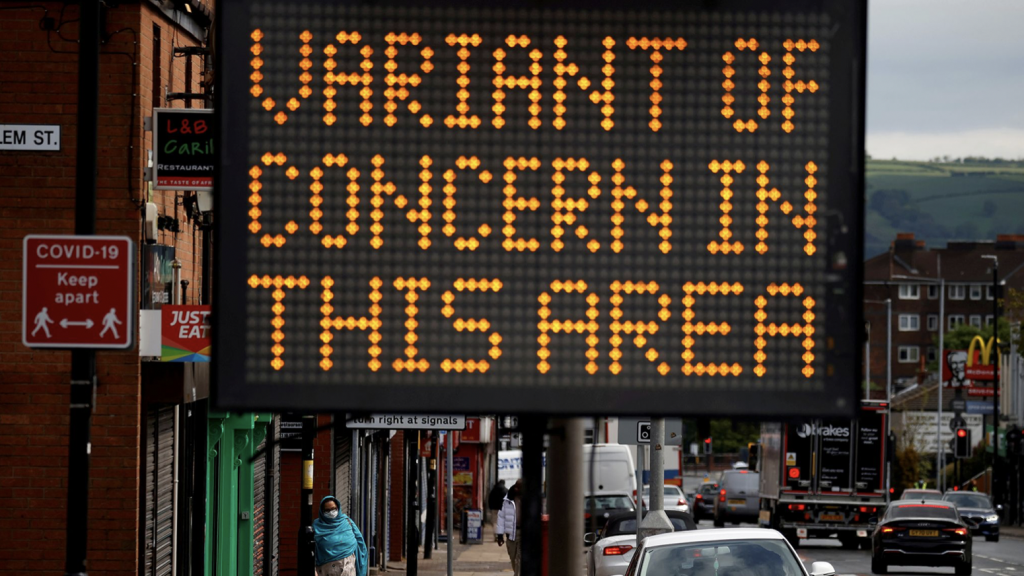 Local health chiefs have criticised the Government for advising people against travelling to and from Indian Covid variant “hotspots” without making a formal announcement about the change in guidance. Leaders are particularly irked that the change has been made without a proper risk assessment and without local consultation. The Guardian has the story.

As news spread of the guidance on Tuesday, four days after it was quietly published on a Government website, Dominic Harrison, the Director of Public Health for Blackburn with Darwen council, said local councils had still had no notification from Westminster about it.

Harrison said he was “astonished” that public health chiefs had not been told about the latest advice, which affects millions of people, and that it was “very difficult” to support the advice without seeing the Government’s risk assessment.

He added: “This advice has massive implications for school trips, for hospitality, for people playing football matches, for footfall for small businesses, and for the economic recovery for town centres. The fact that the Government’s just announced it without consultation or evidence is astonishing.

“It does reflect the fact that in relation to our management of surges in areas that have variants, we simply have no strategy at the moment. What we seem to be subject to is random policy announcements.”

Wendy Burke, North Tyneside’s Director of Public Health, said there had been no indication of any additional restrictions when an announcement about extra testing was made last week.

According to the guidance, which appears to have been updated on May 21st and is not law, journeys to and from the affected areas – Bedford, Blackburn and Darwen, Bolton, Burnley, Kirklees, Leicester, Hounslow, and North Tyneside – should be avoided “unless essential”. Exemptions include travel for work, where working from home is not possible, and education.

The guidance affects not only the 1.97 million people in the eight areas but also the millions of people who enter and leave those boroughs every day to go to work, school or for leisure.

The update did not seem to have been accompanied by an official announcement. On Tuesday, Harrison and Burke confirmed local public health directors were unaware of it.

Stop Press: The Government has done a U-turn on this guidance in the face of complaints by Conservative MPs and a spokesman for the Prime Minister now says the guidance was never intended to be statutory and people must exercise their own judgment about whether to visit the hotspot areas.