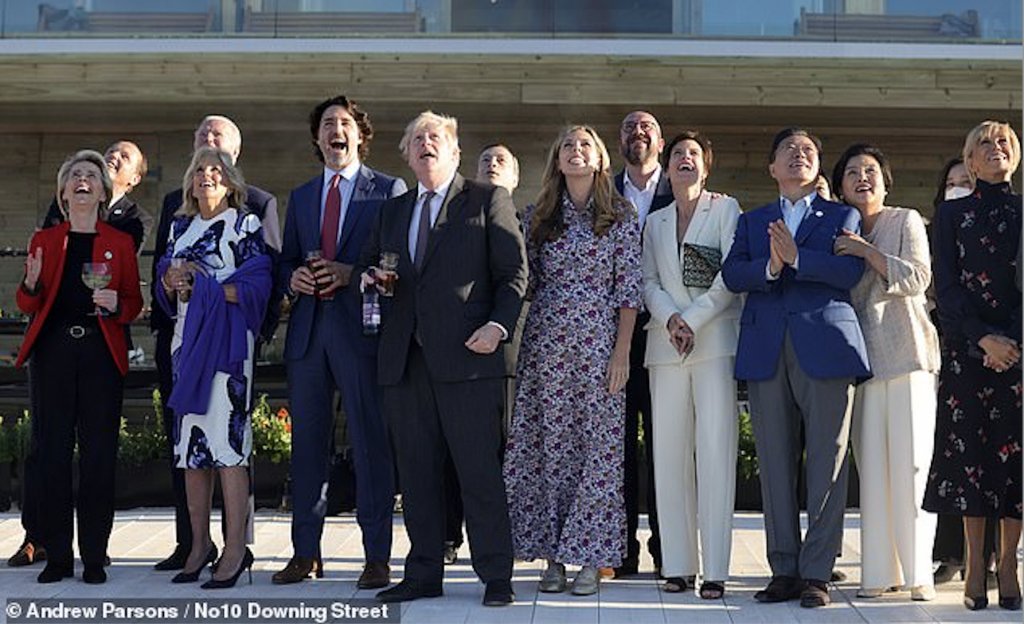 Joe Biden, Boris Johnson and other world leaders have been accused of breaking strict social distancing rules at the G7 summit in Cornwall over the weekend. Indeed, not just breaking them, but of making no effort to pretend they’re complying with them. The MailOnline has more.

At a beach barbecue on Saturday guests were served sirloin steak and lobster while being entertained by a sea shanty group and a Red Arrows flypast. …

Foreign secretary Dominic Raab insisted “there was social distancing” at the event when asked about it on Sky News on Sunday morning.

“Maybe someone tripped up, maybe it’s a mistake but it’s out there and people will be reasonably saying, ‘You’re not allowing me to gather with my friends and family at a wedding or a funeral, but look at what you guys are doing,”’ interviewer Trevor Phillips said.

Raab responded that there have always been different regulations for social gatherings and government business.

Downing Street has also defended the barbecue, insisting it complied with coronavirus rules.

Less than 30 guests were at the event, the Prime Minister’s spokesman said.

“The event last night was done in an entirely Covid-secure way within the existing rules,” the spokesman said.

You can read that piece here.

Among those questioning the world leaders’ double standards is Robert Peston, the ITV presenter, who posted a picture of attendees of Saturday night’s barbecue on Twitter.

Another person who’s been shocked – shocked, I tell you – by the behaviour at the G7 is James Delingpole. He’s written a piece for Breitbart headlined: “No Masks, No Distancing – The Disgraceful Covid Hypocrisy of the G7 Elite.“

At least one good thing has emerged from the G7 summit: we now know that President Joe Biden, Prime Minister Boris Johnson, President Bieber of Canada and the various other world leaders who’ve been sunning themselves in Cornwall are ocean-going, copper-bottomed hypocrites.

Note how their personal rules on mask-wearing, “social distancing” [an egregious oxymoron], quarantining and so on differ quite markedly from the ones they’ve been imposing on us ordinary folk these last 18 months.

Following discussions on the origins of Covid among the G7 leaders in Cornwall on Saturday, Dominic Raab has said that on the “balance of probabilities” the U.K. Government does not believe in the lab leak theory. It is “much more likely”, he added, that the virus “jumped” from animals to humans. The MailOnline has the story.

Asked if he had been involved in G7 discussions about the lab leak theory, [the Foreign Secretary] told Sky News: “I haven’t personally but of course it has created part of the backdrop and officials have been comparing notes on this.

“If you are asking me whether we think on the balance of probabilities, if you like, that it originated in a lab, our best information for now is that it didn’t.

“But on balance we do not believe that it came from a laboratory. We think it is much more likely to have jumped if you like from animals to humans.”

The report, which provided fresh details on the number of researchers affected, the timing of their illnesses, and their hospital visits, sparked renewed calls for a probe into whether the virus came from a lab.

Dr Tedros Adhanom Ghebreyesus, the Director General of the World Health Organisation, says that all hypotheses on the origins of Covid remain “open“. 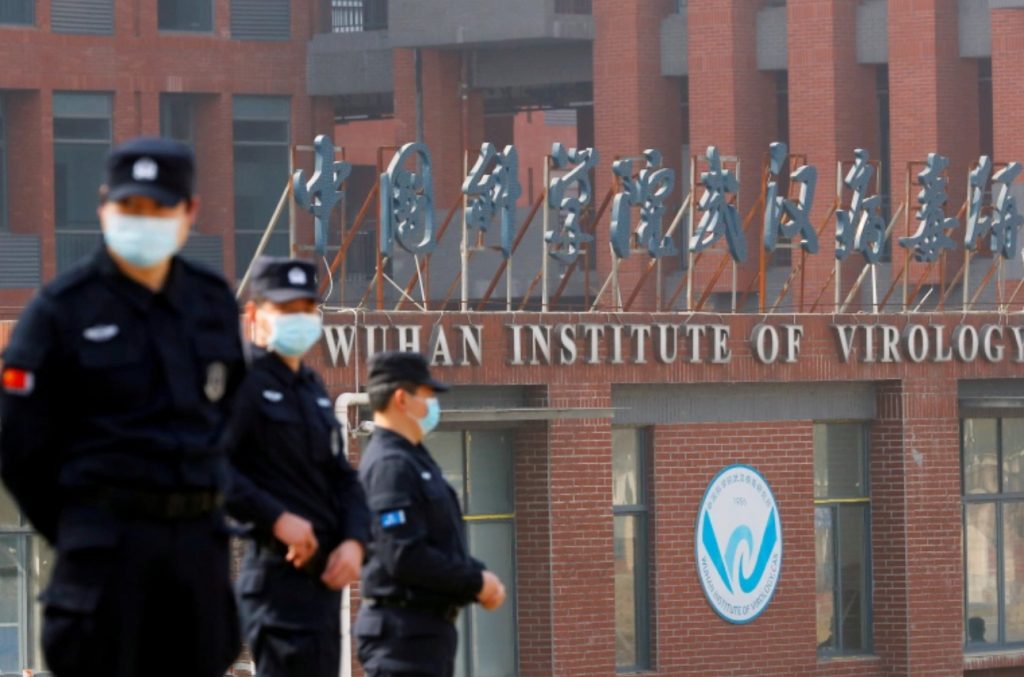 G7 leaders discussed the origins of Covid on Saturday as the Chief of the World Health Organisation (WHO) said that all hypotheses – including the lab leak theory – remain “open”. Sky News has the story.

At their summit in Cornwall on Saturday, G7 leaders were joined by Dr Tedros Adhanom Ghebreyesus, the WHO’s Director General, during their talks on the Covid crisis and efforts to avoid future pandemics.

The WHO Chief set the world’s leading democracies the challenge of vaccinating 70% of the global population against Covid by the time of the G7’s next summit in Germany next year.

And, speaking to reporters at a briefing after the leaders’ discussions, Dr Tedros confirmed the subject of the Covid outbreak was raised at the Cornwall summit.

Last month, U.S. President Joe Biden ordered intelligence officials to “redouble” efforts to investigate the origins of the coronavirus pandemic, including the theory that it came from a laboratory in China.

Referring to the millions around the world who have died due to Covid, Dr Tedros said: “This is very tragic and I think the respect these people deserve is knowing what the origin of this virus is, so we can prevent it from happening again.”

Dr Tedros confirmed the WHO was preparing for the second phase of its investigation into the origins of Covid, which he said would need “transparency” and the “cooperation” of China.

“We believe that all hypotheses should be open and we need to proceed with the second phase to really know the origins,” he said. 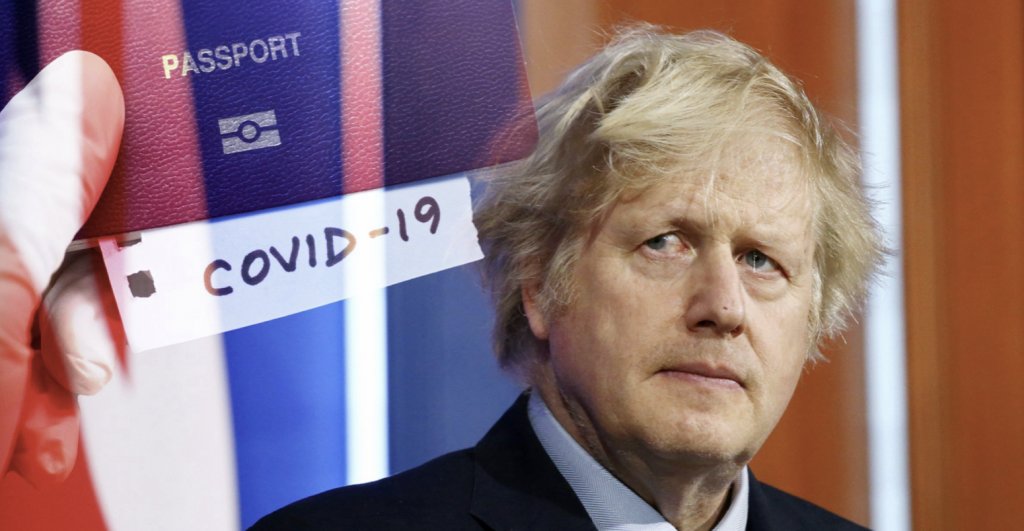 Boris Johnson intends to use the G7 summit in Cornwall to “lead the way” on developing an international vaccine passport – much to the delight of former Prime Minister Tony Blair. The Mail on Sunday has the story.

Proposals being examined by the Cabinet Office and Department for Transport call for “immediate” alignment between countries on health certificates and for the G7 to be used to “agree a common approach to verifying and sharing Covid Health Certificates across borders”.

A globally accepted system needs to be developed to “verify that people have accurate tests or genuine vaccines”, the document seen by the Mail on Sunday adds.

“There does not need to be a single approach, but there need to be recognised acceptable standards.”

It comes as a report by the Tony Blair Institute today calls for people’s vaccine status to be taken into account for testing and quarantine requirements when they travel.