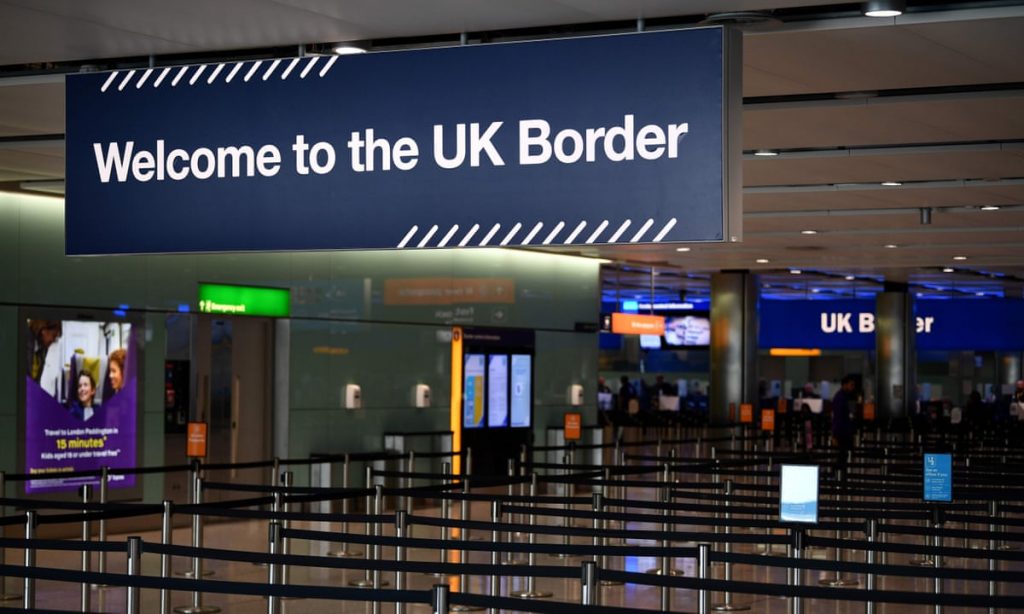 Border officials have said that around 100 fake Covid test certificates are found every day at the U.K. border because the documents are “very easy” to forge. Fakes are usually only identified due to spelling errors. The Telegraph has the story.

Around 100 fake Covid test certificates are being discovered at the border every day, in what experts have branded a “very leaky” system, it has emerged.

The fake documents claiming a traveller has a recent negative test result are “very easy” to forge, MPs have been told, and there is no way to tell how many more are being missed…

[Lucy] Moreton [Professional Officer for the Immigration Services Union] told the All Party Parliamentary Group on Coronavirus that around 20,000 people are coming into the country each day, the majority of whom are hauliers.

To enter England people must provide proof of a negative test taken in the three days before departure – which can be shown to border agents as a printed document or through an email or text message.

Asked how border agents are able to verify proof of a negative test, Ms Moreton told MPs: “We’re not, is the simple answer, it’s predominantly taken on trust.

“We do get 100 or more a day of fake Covid certificates, that we catch.”

She added they usually identify them due to spelling errors.

But many certificates are in a foreign language which could make spelling mistakes trickier to spot, she added.

“Otherwise they are taken at face value,” she said.

Ms Moreton also said there is “little to no” evidence on how well people are adhering to quarantine rules. Arrivals from countries on the Government’s “red list” (to which India was recently added) must isolate for 10 days at a Government-approved hotel – and pay £1,750 for the privilege. The Government has attempted to crack down on rule-breakers by paying the private firm Mitie up to £90 million to carry out 10,000 home visits every day. 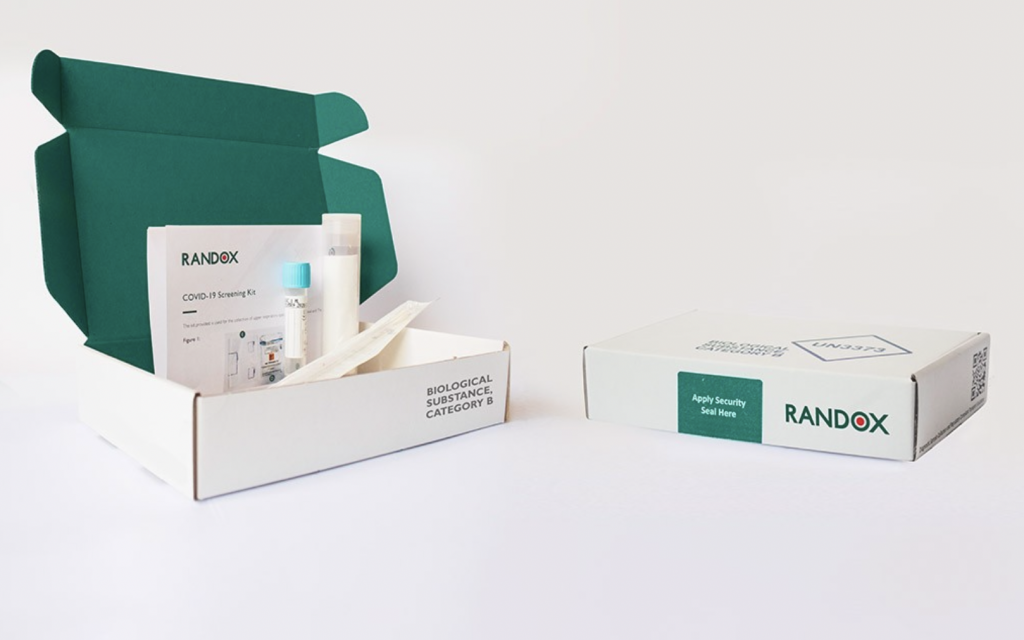 A major UK Covid testing firm is set to halve the cost of its PCR test kit for travel to £60. This means that when overseas travel returns, testing costs will add almost £250 to the bill for a family of four (returning from a “green list” country) as opposed to almost £500 – a more feasible, yet still hefty sum. The Independent has the story.

Randox, based in Northern Ireland, says it will offer the test for just £60 to airline passengers – though the Independent understands negotiations are not yet complete.

At present international leisure travel from the UK is illegal. The Government has indicated it will allow overseas trips from May 17th – but says that all returning travellers must take at least one PCR test after arrival.

These tests, which require specialist equipment to analyse, typically cost £120 – representing almost £500 for a family of four.

The County Antrim firm is the first to announce a significant cut.

The Managing Director of Randox, Dr Peter FitzGerald, said: “In recognition of the needs of both the travel industry and the British public at this unprecedented time, Randox will reduce the all-inclusive cost of PCR testing for those in the UK undertaking international travel to £60 per test.

“We can see the pressures faced by both the travel industry and the general public and are committed to effective and economical testing to support holidaymakers and those undertaking international travel.”

Even those travelling to “green list” countries on the Government’s “traffic light” system will have to take one test when returning to the UK, as the Telegraph recently reported.

People who have been fully vaccinated will still be required to take the PCR tests on or before the second day of their arrival back in the UK because of Government concerns that “green list” countries could still harbour new Covid variants.

Holidaymakers arriving from those countries will not have to spend any time in quarantine under the new traffic light system, which is expected to replace the current ban on foreign travel from May 17th. 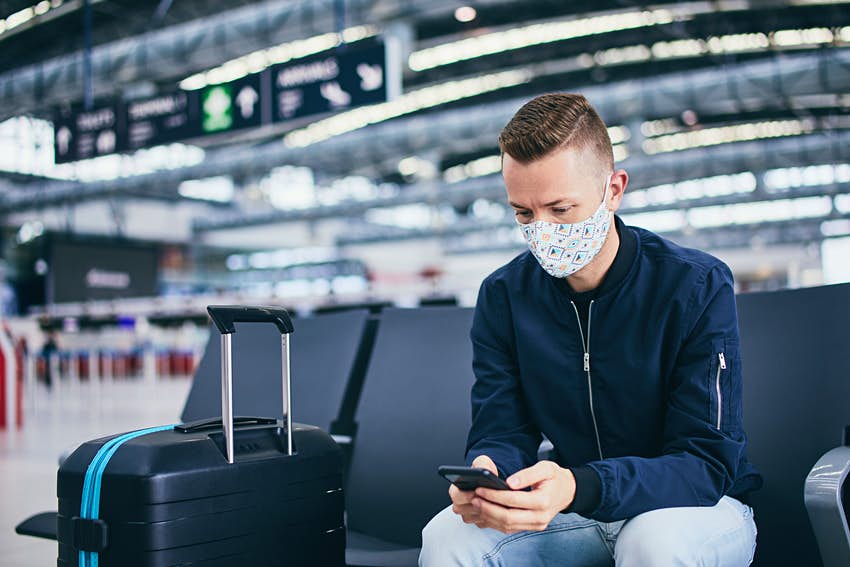 Aviation bosses have criticised the Government’s “traffic light system” for resuming international travel, saying that the requirement for travellers to and from “green list” countries to be tested for Covid will price many people out of holidays abroad. The Mail has the story.

Travellers returning from countries rated “green” will not be required to self-isolate, although pre-departure and post-arrival tests will still be needed.

EasyJet chief executive Johan Lundgren said the testing requirement should be ditched because if countries have cases under control and have extensive vaccination programmes then “green is green”.

He said paying for laboratory-based PCR tests would cost “way over and above what the cost is of an average easyJet fare” which would result in only opening up international travel “for people who can afford it”.

He said that would not be “fair” or “right” as he also questioned whether the approach was backed up by science.

His comments came after Mr Johnson said he is “hopeful” of resuming some non-essential foreign travel from May 17th but refused to give a firm commitment to the roadmap date.

Government regulations on testing for those travelling abroad has been widely criticised for adding so much to the cost of holidays. A Lockdown Sceptics reader recently highlighted the additional costs suffered by British travellers to France because of the requirement to have three PCR tests at a minimum of £120 each.

If you want to come back from France to the UK you have to provide a negative PCR test. That costs a very reasonable € 15… in France.

But on your return to the UK, you have to undergo two more PCR tests, on day two and day five after you arrive. For some mysterious reason, the cheapest tests in the UK are £120(!) each from Boots (and ridiculous amounts more from other providers). Even the Boots “bargain basement” cost adds an outrageous £360 to the total cost of a trip to France, as, of course, you need a PCR test outward bound too!

Lloyds Pharmacy has since undercut Boots’ PCR test cost… by £1. 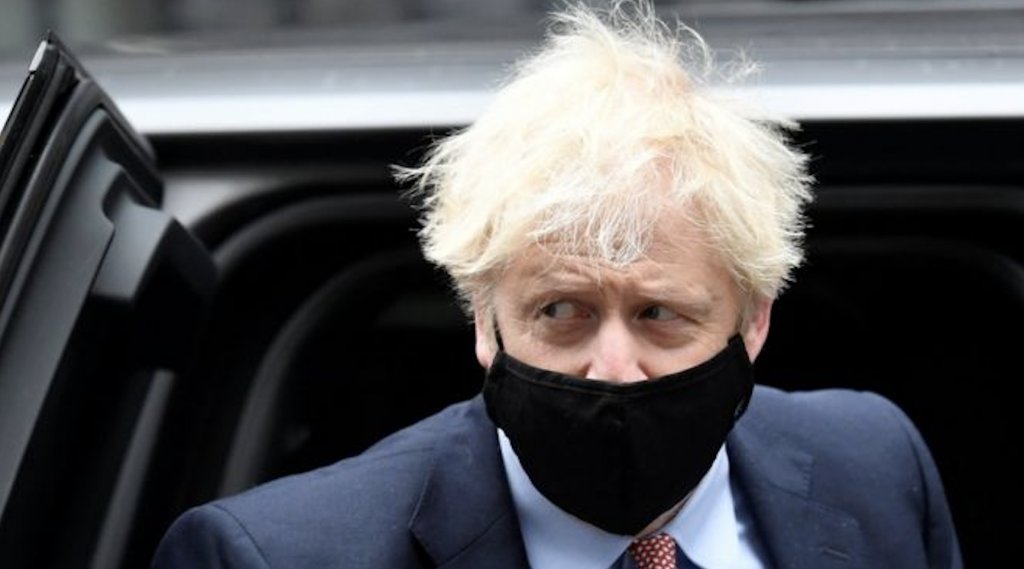 Boris Johnson’s Easter Monday press conference was a depressing affair, with the Prime Minister confirming that vaccine passports will be required to access large-scale events (like football games), warning that social distancing measures will have to remain in place after June 21st and a “traffic light” system will be unveiled on May 17th to determine which foreign countries we’re allowed to go to, if any. MailOnline has more.

Boris Johnson laid out a grim vision of coronavirus restrictions stretching into the future tonight amid fears his roadmap is being watered down.

The PM tried to strike a bullish tone saying the country’s hard work is “paying off” as he held an Easter Monday press briefing in Downing Street, confirming that shops can open on April 12th as planned.

Non-essential retail, gyms and hairdressers can get up and running, while bars, restaurants and cafes will be able to serve customers outdoors.

“On Monday 12th, I will be going to the pub myself and cautiously but irreversibly raising a pint of beer to my lips,” Mr Johnson said.

As he struggled to quell rising anxiety about when normal life might resume, he said: “We set out our roadmap and we are sticking with it… We see nothing [in] the present data that makes us think we will have to deviate from that roadmap.”

However, the Government’s SAGE experts and a series of reviews published this afternoon cast serious doubt on the prospects of returning to normal by the June 21st date previously proposed for a full lifting – and Mr Johnson himself seemed to scale back his rhetoric on “freedom day”.

New evidence released by the Government suggested that the relaxation could spark a fourth peak in outbreak.

A paper indicated that “baseline measures”, including some form of social distancing and masks, would need to remain in place until this time next year – while voicing “reasonable confidence” that Covid will be manageable by then.

It said the reopening of pubs, cinemas and indoor hospitality – due to happen on May 17th – could be called into question if vaccine uptake in the under-50s dips below 85%.

Meanwhile, separate updates on a series of reviews gave little more than holding positions – stopping short of confirming that non-essential foreign travel will be allowed from the earliest mooted date of May 17th, with a traffic light system of restrictions due to come into force when the blanket ban lifts.

Mr Johnson said he would not provide a “hostage to fortune” by giving any timeline.

Stop Press: Sir Iain Duncan Smith, the former Conservative leader, has branded Boris’s vision of Britain post-reopening a “hellish demi-lockdown”. He gave the following quotes to the Mail after the Prime Minister’s presser:

We were told the vaccine was the way out, no ifs, no buts. We can see from the data that the vaccine is working better than anyone had hoped, but now the scientists are saying the real issue is variants or a third wave.

They want to keep Project Fear going because they are enjoying the control they have, and ministers have caved in to them.

The result is we are headed for a hellish demi-lockdown, where we have to be tested all the time, carry a vaccine passport everywhere and are under the constant threat of being locked down again.