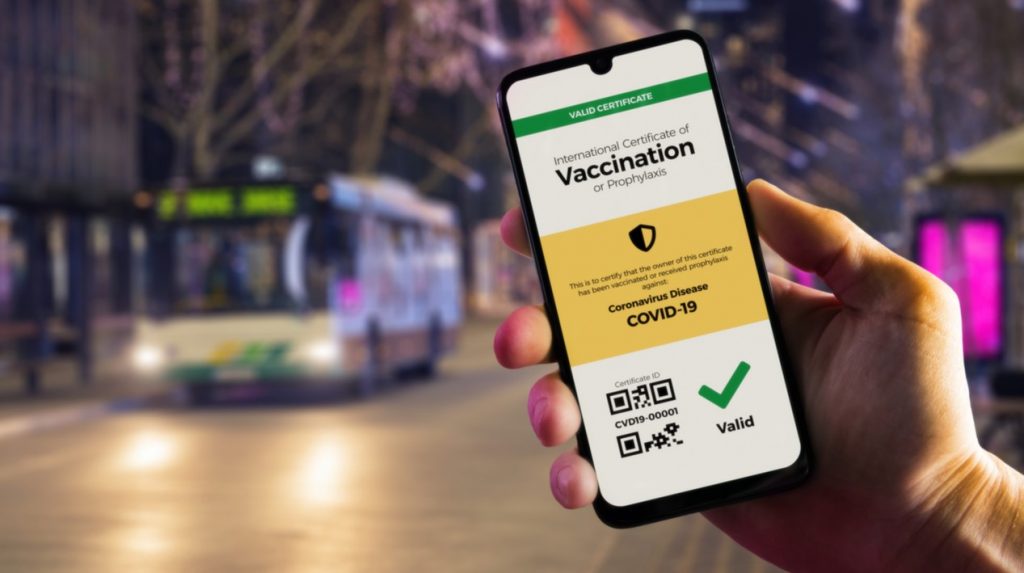 Are vaccine passports dead? That may be premature, but they have certainly seemed on life-support this week, with even Gates-funded Telegraph Global Health correspondent Paul Nuki writing them off as useless in a recent piece.

Nuki quotes UCL’s Professor Francois Balloux, who argues the vaccines’ protection against transmission is so poor they can no longer be deemed to protect others: “It is not so much anymore a ‘duty to others’ to get vaccinated but a protection for oneself. There won’t be any ‘herd immunity wall’ to hide behind.”

Nuki suggests that mass testing will be used instead, noting that “already U.K. festivals and other mass events are switching their entry requirements to require a negative test of everyone – even where visitors have been double vaccinated”.

Professor Andrew Pollard, Director of the Oxford Vaccine Group and Chair of the JCVI, disagrees, arguing that with the Delta variant and the failure of vaccines to prevent transmission, mass testing now serves no useful purpose and testing should be returned to its clinical setting for diagnosing treatable disease.

We don’t have anything that will stop transmission, so I think we are in a situation where herd immunity is not a possibility and I suspect the virus will throw up a new variant that is even better at infecting vaccinated individuals. …

I think as we look at the adult population going forward, if we continue to chase community testing and are worried about those results, we’re going to end up in a situation where we’re constantly boosting to try and deal with something which is not manageable.

It needs to be moving to clinically driven testing in which people are willing to get tested and treated and managed, rather than lots of community testing. If someone is unwell they should be tested, but for their contacts, if they’re not unwell then it makes sense for them to be in school and being educated.

Other senior scientists have also spoken out, calling for the end of coronavirus screening and mass testing, but so far ministers have kept quiet, as have their senior advisers, the Chief Medical Officer Chris Whitty and Chief Scientific Adviser Patrick Vallance. Our leaders are, as usual, being slow to recognise the need to lift Covid measures, even as those around them urge them to accept the time has come.

Until we reach such a point, then, it is worth being aware of the fine print in the NHS Covid Pass a.k.a. vaccine passport. Besides logging one’s vaccination status, the system also accepts a positive PCR test as proof of natural immunity (shh, don’t tell them about false positives), including for international travel.

For domestic use a recent negative test, including an LFT, will do.

Crucially, there is also, as with face masks, a broad exemption clause which is self-declared and requires no formal authorisation. The Government guidance page simply states:

If you have a medical reason which means you cannot be vaccinated or tested, you may be asked to self-declare this medical exemption.

If your customer confirms that they have a self declared exemption, but is unable to show any evidence, you should allow them access to your venue or event. You must not ask for proof of their medical exemption and it is not essential they show any form of exemption card at any point.

This means that for those worried about the medical risks of vaccination or testing, domestic vaccine passports need be no barrier to participation. For travel purposes admittedly it’s not quite so simple, but a single positive PCR test will do you for six months (quite why natural immunity is presumed to fade after six months but vaccines are supposed to last longer is a mystery, but presumably it has something to do with ‘The Science’).

As of Monday, double-vaccinated and under-18 contacts of ‘cases’ will no longer be required to self-isolate, and the Government announcement states that medical exemptions will apply “to those who can evidence that they cannot be vaccinated for medical reasons”. This appears to be different to the self-declared exemption for the NHS Covid Pass, so we will have to see what the final version of the rules states when the page is updated.

These various exemptions might make the whole charade a little more manageable in the interim, but obviously the big hope is that sooner rather than later mass testing and vaccine passports will be binned. It’s good to hear some of the Government’s own scientists making the case for that this week.