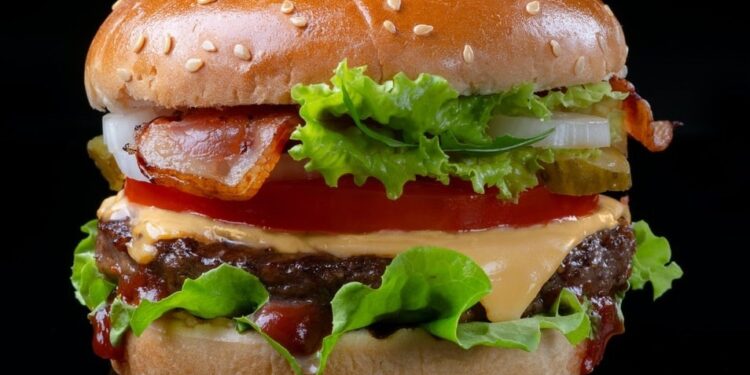 Nature was once the most prestigious academic journal in the world. Yet in the last few years, it’s been allocating more and more editorial space to woke activism. The latest example comes in the form of an article titled “The sting of sizeism in the scientific workplace”.

“Sizeism”, in case you’re not aware, refers to prejudice or discrimination against those who are overweight. And the article’s basic gist is that it’s a big problem in science. In short, “researchers of size” (an actual phrase used in the article) are being held back by “stigma against fatness”.

Okay, pointing this out isn’t so unreasonable, you might say. After all, if someone’s a great scientist, they shouldn’t face a penalty just because they’re on the heavy side. And that’s true: discrimination on the basis of any arbitrary characteristic is wrong. However, the article goes much further than that – by suggesting overweight people contribute to “diversity”, and making various other bizarre claims.

“Academics love to pay lip service to diversity, less so to size diversity,” says an academic quoted in the article. The implication being that “diversity” with respect to body size is something desirable – that it would be better to have a department with 10 healthy people and 10 obese people than with 20 healthy people.

Personally, I’m against attaching any weight to “diversity” when it comes to hiring. I think the best person should get the job, full stop. However, to suggest that we ought to care about “size diversity” is particularly absurd. You can at least argue that hiring more women or black people might have positive role model effects. But I can’t see any possible benefit of hiring people just because they’re overweight.

The article goes on to describe the idea that “everyone can control their weight” as a “misperception”. According to the author, claiming that “if someone is larger, it must be because they eat too much and exercise too little” is “flawed logic”, which makes people believe that “losing weight should simply be a matter of eating less and exercising more”.

You don’t need to know anything about the science of obesity to realise there’s nothing “flawed” about this logic. Sure, some people find it harder to lose weight than others – they may absorb slightly more calories from the food they eat, or burn slightly fewer calories during their daily activity. But it is a matter of basic physics that if you burn more calories than you take in, you will lose weight.

How do we know this? Until the 1950s, almost no one was obese. At that time, food was far more expensive and life was much less sedentary, so people ate less and exercised more. Likewise, when food is genuinely scarce (as in poor countries or prisoner of war camps) people lose weight – fast.

Acknowledging that some people find it difficult to lose weight is fine; rejecting basic physics is downright bizarre.

As an aside, the article also suggests that overweight women experience more discrimination than overweight men. “One study found,” the author notes “that women were 16 times more likely than men to experience weight-based discrimination at work.” However, she then adds in parentheses that “gender is neither binary nor fixed”. Remember this is Nature we’re dealing with, not Teen Vogue.

How does “implicit bias” against the overweight manifest in academia? One academic “recounted a subtle but pervasive undertone of bias at morning tea breaks, when thinner colleagues would discuss wanting to lose weight in her presence, and referenced being ‘naughty’ if they ate cake, and so on”. Is this really “bias”? Or is it perfectly normal conversation among people trying to maintain a healthy bodyweight?

The final part of the article discusses what might be done to counteract discrimination against “larger-bodied individuals”. As an example of one initiative, the author mentions a blog titled “Fuck Yeah! Fat PhDs”, which posted photos of PhD candidates or holders who “identify as fat”. According to its creator, the blog shows aspiring scholars they don’t have to lose weight to be successful.

The article discusses various other ways to create a workplace “that is accepting of all body sizes”, such as by “hiring more people of size”. What it doesn’t mention is that losing weight might actually be a good idea. After all, being overweight is unhealthy, and you might have assumed Nature would be would concerned about that.

But of course, telling people to lose weight is ‘offensive’, which is the worst possible thing you can be in the current climate. So we find ourselves in the odd situation where a leading scientific journal is normalising obesity.

No, the Monsoon Rains in Bangladesh are Not ‘Climate Breakdown’

Did SARS-CoV-2 Originate in Wuhan in 2019 or Earlier Elsewhere?