Is China Finally Ready to Move On From Covid? 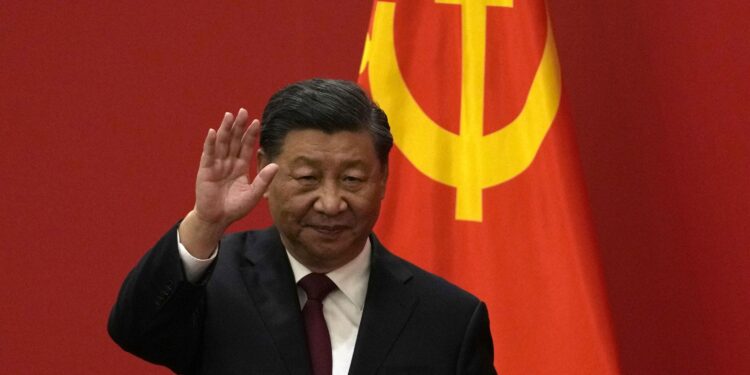 Readers may recall this article by Kwai Lou about the (then) forthcoming China National Congress, the (re) appointment of Xi Jin Ping and the end of Zero Covid. Now, Kwai Lou has written a follow-up.

Firstly, the suppression of dissent I predicted in September continued until the October congress. What I dind’t was the apparent suppression during the congress itself. Readers may well have seen the undignified exit (a new form of Chinese Takeaway?) from the top table of Hu Jin Tao, the former President.

There remains no clear explanation for this strange incident beyond him being “unwell”. Public purging to reinforce Xi-ism remains the most likely explanation. Since October, nothing has been seen of Hu, and almost nothing heard. A curious reference was made to him having visited the ailing Jiang Zemin, by Zaobao, a Singapore news outlet, though one looked on favourably by Beijing. Jiang’s alleged visitors’ list was itself long enough to have seen him off, so one wonders if this is entirely accurate. Even more curiously, news on an unofficial website in December that his son, Hu Haifeng, had been promoted within the hierarchy was very rapidly deleted.

Secondly, Xi Jin Ping’s appointment for a third term, rather than for life, was correctly foreseen. Previously, a life appointment as Head of State, mirroring that of Mao, had seemed likely. But Covid has proved able to damage the reputation of even Xi Jin Ping. Nonetheless, Xi’s authority is strong and his influence over the Politburo has increased as his supporters moved up and as supporters of Li Keqiang faded. Perhaps a name to watch is that of Ci Qai, the new number five. He is not exactly the new boy, but has a new way of doing things – adept on social media and apparently a big iPhone promoter. The new Politburo is all of Han ethnicity, all male, and all aged 58 and over. No diversity agenda in China.

Thirdly, I predicted a gradual end to the zero-Covid policy after the Congress. This has happened but, well, it has been rather chaotic. There was a single but very visible protest in Beijing immediately before the Congress. A couple of banners were hung from a motorway overpass, one of which said: “No Covid test, yes food. No lockdown, yes liberty. No lies, yes respect. No culture imposed, yes reform. No to great leader, yes to vote.” (Author’s translation.) The significance of this was its visibility and rarity. Is it possible that this single act, magnified by international press coverage and Chinese social media, delayed an immediate post-Congress change of policy? Perhaps. Either way, November 10th saw some easing of quarantine regulations and was arguably the beginning of the end for zero-Covid.

In truth, the zero-Covid policy had been doomed for some time. New Zealand and Australia, the other major proponents of the policy, had abandoned it abruptly, and much earlier. By May 2022, even the China-sympathising WHO had declared zero-Covid “unsustainable”. It seems inconceivable that China didn’t realise this, and some time earlier. Hence the timing of the exit had more to do with the politics of Xi Jin Ping’s October election and the lack of an exit policy amidst comparatively very modest vaccination rates.

Fast forward three more weeks to the end of November and protests became far more visible. These were ignited – literally – by a Xin Jiang province locked down tower block fire that killed (officially) 10 people. What followed were not huge protests, but the geographical spread was wide, including Shanghai, ChengDu, Xi’an, Guangdong, Wu Han, Nanjing, Beijing and others, with the protests often taking place on university campuses. Covid restrictions were undoubtedly the main target, but to a lesser extent so was the CCP and Xi himself.

Protests like this are supposed to be impossible post-Tiananmen. A policy of vast social control and the systems involved are supposed to prevent and divert any large scale, widespread or coordinated protests and to preserve stability. There has not been any obvious political fallout as a result of this failure, but one has to assume that protests will increase as a result. Public protest against a lack of perceived fairness in the legal system, such as land acquisition and compensation, is not uncommon in China, but actively discouraged nonetheless. Protest against Government policy even more so. And as for criticism of BaBa Xi, well, Xi’s authority may have been increased by the Congress but his standing since has been damaged.

The protests paused on November 30th with the announcement of the death of former premier Jiang Zemin. China remains a respectful society. But the death of such an important figure marks an end and perhaps a beginning – an opportunity to look forward.

Perhaps to dampen protest, and to look forward, further concessions were made on December 7th. This was more or less the end of zero-Covid, yet the borders remained closed. The nature of the announcement – a simple reclassification of Covid as a Class B infectious disease by the health ministry, without any great fanfare – was remarkable in itself.

Scepticism about the policy change came from two sides. One side asked: why now, when cases are increasing and there is a new variant? When we have a far from fully vaccinated population? And from the other side: why now and not two years ago?

Finally, on December 27th, came a higher profile announcement – the border between China and Hong Kong would be open from January 8th, nicely timed for the Lunar New Year of the Rabbit, this weekend just gone. But again, there are fears that the world’s largest annual migration will spread Covid within and beyond China. Hong Kong, particularly, has fears about new variants with alarming names. Variants are said to be both extremely infectious and fairly mild, which is typical for a virus as it mutates. Hong Kongers, however, remain justifiably sceptical about Beijing’s reassurances when ludicrously low infection rates are reported in the mainland. So, the masks stay very much on in anticipation of large numbers of mainland visitors.

The flow of visitors between the mainland and Hong Kong is capped at 60,000 per day for now. On the first day the border reopened, a Sunday, reported crossings were 23,500 from the mainland and 52,500 to the mainland. The uneven flow was probably down to a mainland stomach bug, which may or may not be due to the Covid variant, and a reticence by mainlanders to once more put on their only just discarded masks as they entered Hong Kong.

So now what? Chinese citizens will travel during this coming week, happy to see ageing relatives in rural areas, while fearful about bringing Covid with them to harm them. But there is genuine hope that the new year will effectively consign Covid to the past. The CCP will hope that criticism of Xi will be gone as well. Xi’s hope for the new year is “to push forward the cause of socialism with Chinese characteristics for the new [Covid free?] era”.