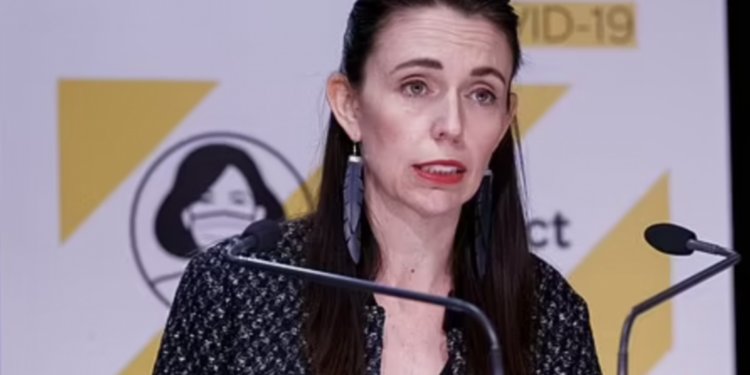 Rejoice! The Toothy Tyrant is no more. Jacinda Arden, the “kind” and “empathetic” Queen of Woke who locked her people in their homes for months on end following the appearance of a single case of COVID-19 and turned her island nation into a prison has announced she is to step down. With the economy tanking and her party headed for almost certain defeat in the election later this year, it can only be taken as an admission of failure. Her fanatical pursuit of Zero Covid, which involved the roll-out of vaccine passports, the sacking of workers who refused to get jabbed and had a catastrophic impact on the New Zealand economy, has had disastrous consequences. Ross Clark has written a suitably gloating piece in the Telegraph titled, “Poor Jacinda Ardern, defeated by her own vanity” with the blurb: “She believed her own myth – that she was the most virtuous leader in the world. Then came the consequences of her disastrous actions.” Here’s an excerpt.

When you write on politics, upsetting people is an occupational hazard. Even so, sometimes you can get taken aback. Nothing I have written before or since has provoked so much outrage as a piece I wrote here in October 2020 predicting that Jacinda Ardern’s zero-Covid policy in New Zealand would turn out to be a disaster. The ensuing Twitterstorm seemed to involve more people that inhabited New Zealand.

That was the point about Ardern. She wasn’t just Prime Minister of New Zealand – and a popular one at her peak – she was a global pin-up for progressive values. She was the beacon of hope among those on the Left who had been destabilised by Donald Trump, Brexit and Boris Johnson. For many, she was seen as a breed apart among global leaders: one who was untouched by the fatal brew of ego, arrogance and self-interest which they saw as inbred into many male politicians.

Ardern’s undoing was in that she appeared to believe that herself. I don’t claim to be able to read her mind, but I would guess that her real reason for resigning ahead of New Zealand’s general election later this year was not primarily that she wanted to collect her daughter from playgroup every day, as she has intimated, but that she could no longer cope with her halo having slipped. When you have been built up into a living saint it must come as a shock to find yourself under attack for failing to address the same old problems which afflict less-progressive national leaders. Inflation, a stuttering economy and rising crime are hardly unique to New Zealand, but they showed that there was nothing magical about Ardern’s politics – the only difference is that in her case she lacked the toughness to weather serious adversity.

Ross worries that by resigning before an almost inevitable defeat at the polls, “she will come to be seen by progressives as a political martyr, reinforcing their belief in her greatness, as a female leader who willingly gave up power to be with her family”. The reality, however, is that “she failed in much that she tried to achieve, and the hero-worship which she enjoyed around the world made things worse by adding to her hubris”.

What’s the West’s Endgame in Ukraine?