Famous French Historian: “This War is About Germany” 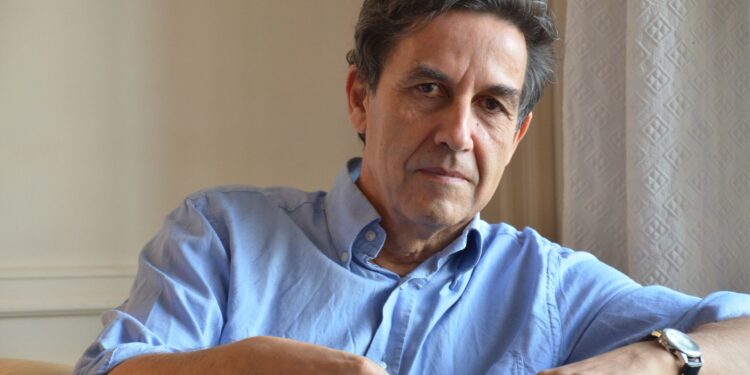 Historian Emmanuel Todd is one of France’s leading public intellectuals. At the age of just 25, he predicted the collapse of the Soviet Union in his book The Final Fall: An Essay on the Decomposition of the Soviet Sphere. Later in his career, he carried out pioneering work on family structure and how it impacts societal development.

Now at the age of 71, Todd doesn’t seem to mind ruffling feathers – as his remarks in a recent interview with Swiss magazine Weltwoche make clear. “I’ll give you the first interview because you write in German,” he begins by saying. “This war is about Germany.”

About Germany? What does he mean? Todd explains:

The financial crisis of 2008 made it clear that with reunification Germany became the leading power in Europe and thus also a rival of the USA. Until 1989 it was politically a dwarf. Now Berlin showed its willingness to get involved with the Russians. Combating this rapprochement became a priority of American strategy. The United States had always made it clear that they wanted to torpedo the gas agreement. The expansion of NATO in Eastern Europe was not primarily directed against Russia, but against Germany.

Asked who sabotaged the Nord Stream pipelines, Todd replies, “Of course the Americans. But that is completely unimportant. It is normal.” The important question is, “How can a society believe that it could have been the Russians?”

“We are dealing here with an inversion of possible reality,” says Todd. “The newspapers tell us how the Russians are shooting at prisons they have occupied. That they shoot at nuclear power plants that they control locally. That they blow up pipelines that they built themselves.”

It’s clear, then, that Todd subscribes to the theory I first discussed back in August: that the U.S. deliberately provoked conflict between Russia and Ukraine to sabotage the Nord Stream 2 pipeline, thereby ending (or at least severely curtailing) Russo-European interdependence.

Unfortunately, Todd doesn’t provide any specific evidence to back up his provocative claims. So the theory remains speculative. Of course, this doesn’t mean we should accept the conventional narrative that America just really cares about democracy.

So what, in Todd’s view, should be done? “I wish the Germans would understand: The side of the good they want to be on this time is not that of the United States,” he says. “The good means: end this war.”

While Todd certainly represents a minority viewpoint among Western intellectuals, as he himself acknowledges, it’s still worth considering.