The End of Ideology 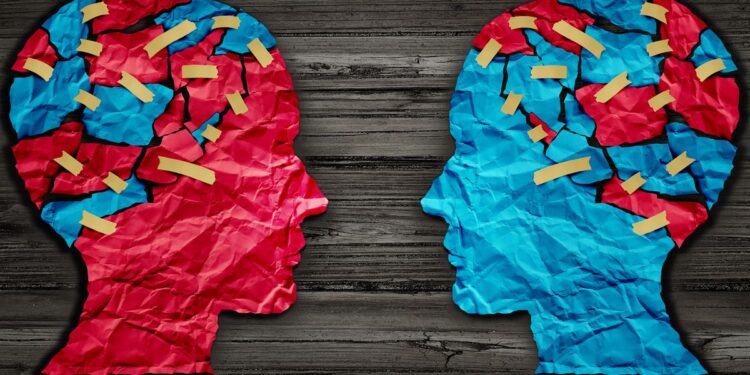 Let me say right away that I have met Steve Baker, and like him as a person.

He is a good Christian and I believe tries to act in a moral fashion. However, his recent bizarre tweet is as clear an example of any of how woke, and how lost, the Conservative Party really is.

As a general rule, you know you are in trouble when Tom Harwood is agreeing with you.

As many have observed, we voters are now faced with a choice between various Left-wing parties, with minor differences about how to manage the country.

The Tories are Lefties who occasionally say something like “The woke Civil Service has gone too far”, or “Perhaps we should stop some of these boats, eh?”. Labour are Lefties who, since Starmer realised he actually wanted to get elected, will throw in something like “People were right to want to Take Back Control”, or “Maybe we should train some British nurses lol”.

Even the Reform Party is running with policies that could be straight out of a 90s Lib Dem manifesto. “Raise the threshold of income tax” is their big idea. And it’s a good one, but it does not address any of the moral or social Leftism that is destroying the country.

As Steven Edginton pointed out, in Reform UK’s 2023 plan, “Immigration was featured on the third slide and was the 16th bullet point.”

The battle for the next election, it seems, is being fought almost solely over competence.

We became used to the idea of the end of ideology in the Blair/Cameron years. We were presented with managerial politicians who claimed to be sensible Centrists.

In reality, the Blair years were incredibly radical when it came to social issues, such as the deliberate breaking down of the traditional marriage, or the imposition of mass immigration upon the country.

Cameron, having failed in his younger years to get anywhere with actual Conservative positions, continued this legacy with his disproportionate obsession with issues like same-sex marriage, and making the Conservative Party more diverse. In fact, we have his diversity-focused “A-List” to thank for Liz Truss.

What has been sold to us as the end of ideology is actually the complete triumph of Left-wing ideology, to the point that it even employs the word ‘ideology’ to quash any dissent.

Notice that when Liz Truss tried to nudge our economy ever-so-slightly Rightwards, she was immediately attacked as a rabid ideologue. I suppose that’ll teach her for being ungrateful to the Left-wing ‘equality of outcome’ thinking that got her into her position in the first place.

The political tensions not acknowledged by our political parties ended up violently entering via the back door in the form of Brexit.

That is because our political differences are real and cannot ever be truly suppressed. Much like the war on masculinity, the testosterone will find its way out somewhere. If it is not allowed in the mainstream, it will find other channels. In this way you might say Brexit is the Andrew Tate of political phenomena.

Once they removed Truss, we returned to the war over competence. In other words, who can best manage this failing country, while avoiding real change.

This was confirmed once again just a few days ago by Claire Perry O’Neill, a cabinet minister under Theresa May who now claims the Tories are “beholden by ideology and self-obsession”, while praising Labour’s “sober, fact-driven, competent political leadership”.

Of course, I agree with the suspicion of ideology in one sense. The origins of conservatism as we know it go back to Edmund Burke and the idea of inductive reasoning. Conservatism proceeds from empirical truth to draw conclusions about the general, i.e., “These things seem to work and we like them.” While the Left imposes top-down policies that work in theory, but not in fact.

So what we need is in fact a lack of utopian ideology, but clearly this is not what our political and media establishment mean when they talk about ideology. They mean that whichever party they happen to belong to will manage our decline into a dysfunctional Socialist dystopia slightly better than the other lot.

Our failed political parties will not stop illegal immigration, strikes, the breakdown of marriage, the destruction of education or the desecration of Britain’s history and heritage. None of these can be solved by Left-wing thinking, because they are caused by such thinking (or lack of it).

What we will continue to get is big state economics along with ultra-Leftie social and moral causes.

All one can do is vote against the Tories and deliver the archetypal ‘bloody nose’. Temporarily satisfying, perhaps, but ultimately achieving very little. And probably followed immediately by a cringe joke from a newly-elected Keir Starmer about ‘sticking plaster politics‘.

Nick Dixon is Deputy Editor of the Daily Sceptic. You can follow him on Twitter and Substack.