“There is Nothing At All Anti-Semitic About His Statement”: Andrew Bridgen Defended by Jewish Israeli Academic Whose Article He Tweeted 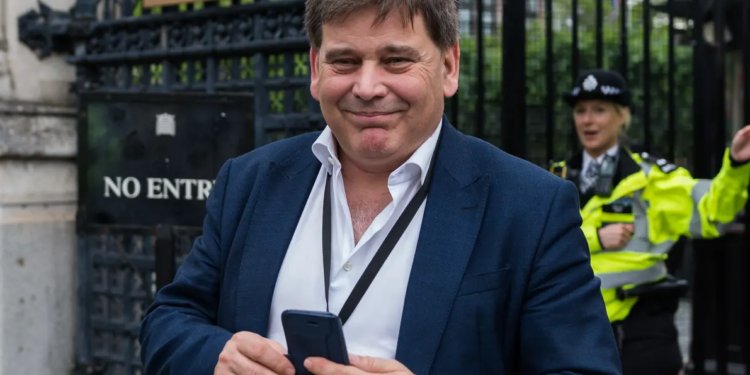 Andrew Bridgen, the British politician suspended as a Conservative MP over allegations of being anti-Semitic in a tweet criticising the Covid vaccines, has been defended by the Jewish Israeli academic whose article he linked to in the tweet in question.

Dr. Josh Guetzkow, a senior lecturer in criminology and sociology at the Hebrew University of Jerusalem, told the Daily Sceptic that as a Jew living in Israel he was “surprised” by the accusations against Mr. Bridgen, because “there is nothing at all anti-Semitic about his statement”.

Mr. Bridgen became embroiled in allegations of anti-Semitism after tweeting on Wednesday morning that the Covid vaccines are “causing serious harms” and the vaccination campaign is “the biggest crime against humanity since the holocaust”.

Shortly afterwards he had the Conservative whip removed – meaning he was suspended from sitting as a Conservative MP and has to sit as an independent – for “crossing a line” in spreading “misinformation about the vaccine” and “causing great offence in the process”.

Andrew Bridgen has crossed a line, causing great offence in the process. As a nation we should be very proud of what has been achieved through the vaccine programme. The vaccine is the best defence against Covid that we have. Misinformation about the vaccine causes harm and costs lives. I am therefore removing the whip from Andrew Bridgen with immediate effect, pending a formal investigation.

John Mann, the Government’s independent anti-Semitism adviser, was unequivocal, saying: “There is no possibility that Bridgen can be allowed to stand at the next election. He cannot claim that he didn’t realise the level of offence that his remarks cause.”

Prime Minister Rishi Sunak said that he “completely condemn[ed] those types of comments in the strongest possible terms”.

“Obviously it is utterly unacceptable to make linkages and use language like that and I’m determined that the scourge of antisemitism is eradicated,” he told the Commons on Wednesday.

“It has absolutely no place in our society. I know the previous few years have been challenging for the Jewish community and I never want them to experience anything like that ever again.”

The Board of Deputies of British Jews tweeted: “For an MP to suggest that Covid vaccines are the biggest crime against humanity since the Holocaust is unconscionable. We will be writing to the Chair of the Conservative Party Nadhim Zahawi to express our deep concern and to ask for clarification as to what action will be taken.”

However, Dr. Guetzkow, whose tweeted article details the alarming, recently-released analysis of vaccine adverse event data from the U.S. CDC, said this is a “tempest in a teapot”.

“The hollow accusations against him only distract from genuine examples of anti-Semitism and ultimately hinder attempts to draw attention to them, much like the boy who cried wolf,” he said.

It is clear from the statement by the Chief Whip that Mr. Bridgen’s chief sin is to have criticised the vaccines. Mr. Hart’s statement notably does not mention anti-Semitism, but rather says that Mr. Bridgen is having the whip removed for “misinformation about the vaccine”, which “causes harm and costs lives”, adding only that he had caused “great offence in process”.

The allegations of anti-Semitism therefore appear to be just the opportunity party chiefs needed to mete out the punishment to the vaccine heretic.

What’s worse, as Dr. Guetzkow says, the anti-Semitism allegations are plainly ill-founded and only distract from the real anti-Semitism that continues to harm Jews around the world.

Stop Press: Dr. Guetzkow has pointed out that Holocaust survivor Vera Sharav has been drawing parallels between the extreme and discriminatory public health measures during the pandemic and the Holocaust throughout the the last three years.

Over-50s Are Being Driven Out of Work by Wokery