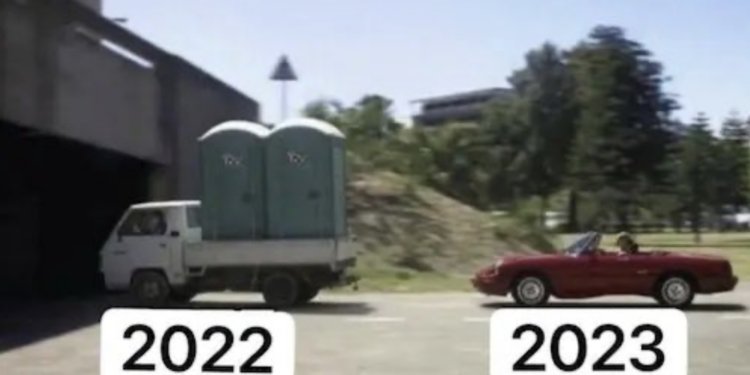 Daniel Hannan usually writes optimistic columns at the beginning of a new year, drawing on the statistical data in books like The Rational Optimist and The Better Angels of Our Nature to show that we’re living longer, in better health and generally getting more prosperous with each passing year. Not this time. He’s written a humdinger of a piece saying the Western world is going to hell in a handcart – a decline that didn’t begin in 2020 with the imposition of lockdowns around the world, but which was accelerated by it.

The lockdowns rendered us both grumpy and dependent. Like stroppy teenagers, we rage at the government while expecting it to solve our problems. Cut my fuel bills – and deliver on net zero! Make housing affordable – and don’t build anywhere near me! Pay the public sector more – and bring inflation down! Cut waiting lists – and Hands Off Our NHS! Grow the economy – but don’t expect me back in the office!

If, for the better part of two years, you infantilise voters, using the full force of the law to micromanage their behaviour and paying them to do nothing, you destroy their independence and their readiness to link action and consequence. Everything becomes someone else’s problem.

Consider the current strikes. The public-sector unions that demanded the longest and strictest lockdowns are now complaining because of the inflation that that policy produced. Granting their demands will fuel inflation further. Yet voters support the nurses, teachers, postal workers and even (albeit more narrowly) railway employees.

Why? Because we have largely given up on the concept of trade-offs. Rather than countenance the notion that our economic problems might have something to do with the lockdowns that we ourselves demanded, we airily declare that the fault lies with MPs Who Just Don’t Get It.

A poll published on Thursday showed unalloyed, if unsurprising, gloom about 2023. Only four per cent of people believe the cost of living crisis can be tackled. A word-cloud for people’s expectations is dominated by “difficult”, “worrying”, “challenging”, “scary”, “tough”, “bleak” and “disaster”, as well as several words rendered with asterisks.

There was a time when I’d have dismissed such polls as products of negativity bias, a well-chronicled cognitive failing. For most of my adult life, I have been a rational optimist of the Norberg-Ridley-Pinker school. On past New Year’s Days, I would write columns about how the coming year would be the best in human history. I would dwell on the improvements in longevity and literacy, equality and education, health and wealth, and gently chide readers for their false nostalgia.

Well, not this year. I’m afraid the lockdowns – or, rather, the public support for the lockdowns – knocked it out of me. When, in January 2020, I heard that the Chinese authorities were closing and quarantining cities, I thanked my lucky stars that I lived in a nation where such things were unthinkable. The months that followed taught me some hard truths. It became clear that many of my countrymen couldn’t give two hoots about liberty, either in the abstract or in practice. A horrifying survey in July 2021 showed that, with or without a virus, 26% of people wanted nightclubs closed, 35% wanted travellers quarantined and 40 per cent wanted mandatory facemasks. Incredibly, 19% wanted nightly curfews – to repeat, not in response to Covid, but as a general principle.

No wonder the Truss/Kwarteng attempt to bring the state closer to its pre-2020 size was unpopular. Britain is in the mood for big government. We don’t want deregulation or tax cuts. The words that came into circulation during the lockdown – “hoarder”, “profiteer”, words once associated with autocratic ideologies – still determine our economics. We can be roused against otherwise desirable policies, (building more houses, say) simply by being told that someone will make money from them.

Perhaps the new normal is not so new after all. Perhaps we are reverting to the way things have been for almost all of human history: a strongman at the top, a rapacious elite propping him up, and a passive populace that sees freedom as a threat to security. Putin’s regime would have been recognisable to Amenhotep or Nebuchadnezzar. Indeed, autocracy long precedes written history. For a million years, we lived in kin-groups where some kind of alpha male took decisions and the rest of the tribe lived under a form of collectivism.

In 2011, when Matt Ridley published The Rational Optimist and Steven Pinker The Better Angels of Our Nature, the world had experienced 65 years of progress towards peace, democracy and the rule of law. Yes, that progress was fitful, but the trend was unmissable: we were getting richer, freer and kinder.

Yet it suddenly looks as if 2011 might have been a high-water mark. Every survey tells the same story: at some point during the early 2010s, the movement towards liberal democracy went into reverse. According to the Economist Intelligence Unit’s democracy index, “More than a third of the world’s population live under authoritarian rule while just 6.4 per cent enjoy a full democracy.”

International IDEA uses a different methodology but finds the largely same thing: “The number of countries moving towards authoritarianism is more than double the number moving towards democracy.”

According to Freedom House: “A total of 60 countries suffered declines over the past year, while only 25 improved. As of today, some 38% of the global population live in Not Free countries, the highest proportion since 1997. Only about 20% now live in Free countries.”

All agree that the illiberalism began nearly a decade before the pandemic. The lockdown reinforced the trend, making it seem reasonable to ask the state’s permission before travelling or enjoying your property. Who, in this darkening age, can fail to be a rational pessimist?

Stop Press: There’s plenty of irrational pessimism around too! Nostradamus predicted another ‘great war‘ and economic ruin in 2023, according to MailOnline.