Does Vaccination Weaken Our Resistance to COVID-19? And if so, How? 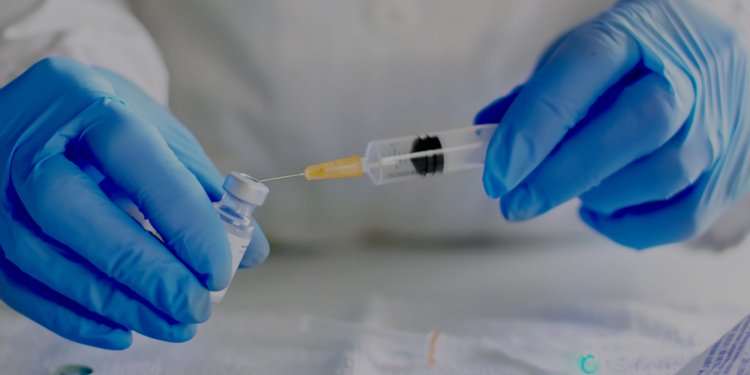 As early as 2020, various scientists voiced their concern that a Covid vaccination campaign in the middle of a pandemic might do more harm than good. They were promptly branded conspiracy theorists, smeared and then removed from social platforms, and vilified in the mainstream media.

The development of the pandemic during the past year or so has made it clear they were probably right. It is now evident that the COVID-19 vaccines do little to protect against infection, and in fact, new research keeps appearing that indicates how, over time, they can have the opposite effect.

A new study of immune reaction raises even graver concerns. Like other such studies, it shows how vaccination spurs the production of immunoglobulin antibodies (IgG) in large quantities, which is what they’re intended to do. This study, however, delved deeper, looked at which subtype of IgG antibody the body actually produced following vaccination, and found a huge increase, especially after the third injection, of the IgG4 subtype. Under normal circumstances, IgG4 is less than 5% of IgG antibodies in the body, but after the third vaccine dose it increased to a fifth of all IgG antibodies. When the triple-vaccinated then got reinfected, the percentage of this subtype increased even more, reaching half of the body’s antibodies against the spike protein.

However, the IgG4 subtype does not play a significant role in attacking viruses and bacteria. Rather, a high level of IgG4 is an indication that the body is less likely to show a strong reaction to allergens. Beekeepers, for example, are likely to have a high percentage of IgG4, which goes hand in hand with their limited immune response to bee poison. If the high level of IgG4 is an indication of a similar effect – that the immune system doesn’t see the coronavirus spike protein as a threat – this is surely a cause for grave concern. It looks likely, especially if we consider how the vaccination seems to increase susceptibility to infection, but we don’t know it yet for certain. Further research is required.

What we do know, however, is that the study results show how the level of the IgG3 subtype, which plays the biggest role in protection against viruses and bacteria, is greatly reduced and disappears completely 180 days after the third injection. This is a cause for concern also, but does not come as a surprise to those of us who’ve kept a close eye on the studies and real-life data, already showing the ineffectiveness of the vaccines.

Those results suggest that repeated vaccination with mRNA vaccines may reduce the body’s resistance to the virus, which may explain why the probability of infection and re-infection seems to increase in direct proportion to the number of injections a person has had. One can only wonder if this also explains to some extent the large increase in chronic Covid symptoms, organ damage and excess deaths. In his recent post on the subject, investigative journalist Alex Berenson called for immediate restriction of booster campaigns, as well as research into the correlation between autoimmune diseases and Covid vaccinations.

As Geert Vanden Bossche pointed out at the time, and this should have become undeniable by now, vaccination against virus variants that are no longer circulating only encourages the spread of new vaccine-evasive variants, thus fuelling the pandemic. His concerns were dismissed as “misinformation”, just like Dr. Martin Kulldorff’s opinion that there was no need to vaccinate those to whom the disease posed little danger.

Last year, Michael Yeadon warned that the third dose of the vaccine might push us into an abyss of disease and death. That warning was immediately dismissed as a conspiracy theory. But this new study may lend weight to his concerns.

The unprecedented censorship of scientific discussion has certainly had a decisive impact on the way things have evolved during the past three years. How grave the consequences of this will eventually be remains to be seen.

Thorsteinn Siglaugsson is an economist, consultant and writer based in Iceland. This post first appeared on his Substack blog, From Symptoms to Causes, which you can subscribe to here.

Postcard From Japan, Where the Population Still Lives in Mortal Fear of Catching Covid