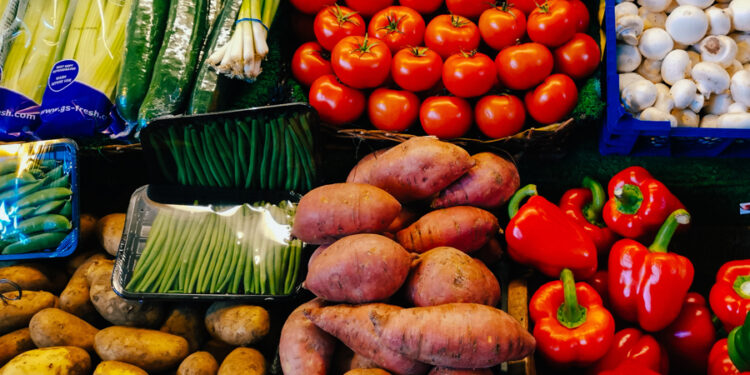 The BBC’s pandemic coverage has strictly followed what is now known as official science. No questions asked; just report what you are told.

One of the most incredible features of the media coverage has been the ignorance of existing research on respiratory viruses. We use ignorance as a generic term as we are unsure whether the reporters were ignoring the large existing body of knowledge or were ignorant, i.e., did not know it existed.

Now we have the latest fantastic revelation: respiratory viruses, specifically SARS-CoV-2, “survive” for days on certain types of surfaces and foodstuffs, from pastries to canned products.

Except that the final paragraph of the discussion hints that something is not quite right:

The public may be interested in the finding that virus may persist in an infectious state, on foods and food packaging surfaces, for several days under certain common conditions. There is the possibility of transmission through contaminated food if the food is in direct contact with the mouth and mucus membranes. The potential implications for public health are unclear since inhalation of respiratory aerosols and droplets is considered to be the main route of SARS-CoV-2 transmission.

Readers of our transmission riddles will know by now that such statements are hostages to fortune; the “main route” would need a lot more evidence than presently available to make it “main”, whereas fomites so far tick more boxes.

Does the BBC piece put the study into the context of transmission: no. Does it refer to the available evidence for this and other respiratory viruses suggesting a more complicated transmission scenario: absolutely not. Do you go away with a feeling that if you touch a vegetable in a supermarket, you will end up in bed coughing?

About 15 years ago, Mike Broderick and colleagues followed the incidence of febrile acute respiratory infections (ARIs) caused by adenovirus in military units. They divided the units into “open” and “closed” according to whether they allowed potentially infectious convalescent soldiers to join or not. This was a proper study with viral cultures accompanied by PCR testing. The authors also went a bit further by sampling surface structures looking for viable adenovirus even in barracks which had been disused for some time. There was no difference in incidence between closed and open units. A result that mirrors our findings of hospital-acquired infection following viral circulation in the community (within a few days’ lag time), implying that measures such as distancing and barriers did not make any difference.

There’s more. Up to eight per cent of samples from surfaces in barracks which had not been used for a week turned up viable adenovirus, and the authors conclude that the source of the agent is environmental. Precisely what was found in several studies in daycare centres for young children in Denmark, where all types of respiratory and enteric viruses and bacteria populated soft toys, tables, and sofas.

To add to the body of pre-existing evidence, our review of SARS-CoV-2 found 23 studies that investigated fomite transmission and performed viral culture. Five studies demonstrated that replication-competent SARS-CoV-2 is present on fomites. Four of these were done in hospitals, and in the further study, two Chinese dock workers were found to have asymptomatic SARS-CoV-2 infection during routine screening; the two workers were infected after contact with contaminated outer packaging from a fish cluster pallet.

A noteworthy aspect of establishing transmission is determining the minimum dose of virus particles that can initiate infection – the “minimal infectious dose” Data from a recent human challenge trial showed an intranasal exposure to one million genome copies might be required to yield approximately 50% chance of infection. A positive SARS-CoV-2 culture from fomites is at least three times more likely when the cycle threshold value is less than 30 (i.e., the sample has a higher viral load), and a plausible chain of transmission is strengthened by the presence of studies demonstrating genomic sequencing.

Science is cumulative. The BBC reporting would be enhanced if it set the findings of new studies in the context of what is known. It doesn’t take much to systematically search for what is already known. If reporters did so, the public might better understand the evidence – as opposed to the opinions – for how viruses are transmitted.

Stop Press: MailOnline’s take on this story is: “Broccoli and raspberries could give you COVID, health experts warn after learning that virus can live on popular foods for as long as a week.”

Is the Increase in Strep A Infections Another Unintended Consequence of the Lockdown Policy?