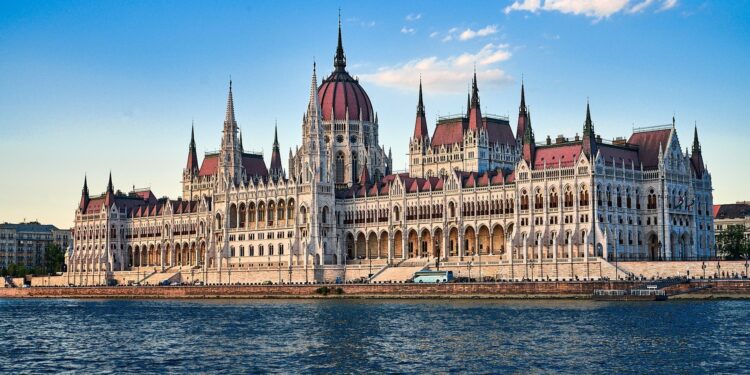 Very few people outside Hungary speak Hungarian, so practically all of the day-to-day news from that country passes us by. But an interesting scandal has been developing there over the last few months, which arguably merits wider attention.

As you may remember, Hungary held an election earlier this year, which was won decisively by Viktor Orbán’s Fidez Party. Their main opposition was the Everybody’s Hungary Movement, led by Péter Márki-Zay.

Several organisations criticised the elections on the grounds that the incumbent, Viktor Orbán, used elements of the state apparatus to promote his own party. For example, the OSCE described the elections as “well-run” and “competitive”, while noting that they were “marred by the pervasive overlapping of government and ruling coalition’s messaging”.

However, the scandal to which I referred actually concerns the opposition.

In a podcast discussion in August, opposition leader Péter Márki-Zay stated that his movement had recently received money “from America”, which was used to pay some of the campaign bills from the recent elections. The money, he explained, had come through an organisation called Action for Democracy, which was set up in February.

These comments sparked controversy, since Hungarian electoral law prohibits parties from receiving money from abroad. In Hungary, funding for election campaigns is provided to each party through the state budget. Donations from private citizens are also allowed; though above a certain amount, the donor’s name must be made public.

When pressed for comment, Action for Democracy told Hungarian media they did not give any campaign funding, and only supported the opposition movement “as a civic organisation”. Yet critics were not persuaded by this defence. As one noted:

The Hungarian leader of the organization, Dávid Korányi, previously admitted that the Hungarian election inspired the establishment of the organization, and in relation to their operation, he emphasized that “we are trying to strengthen democratic forces in the elections of battleground states, including Hungary.” In other words, in March, the AFD was defined by its executive as an organization specifically focused on elections.

On the other hand, the opposition movement explicitly describes itself as a “movement”, rather than a political party, so the relevant prohibition against foreign funding may not apply. In any case, an investigation was launched owing to the apparent irregularities.

Although that investigation is ongoing, some initial findings have been declassified by the Hungarian parliament. Investigators discovered that the opposition movement received a much larger sum of money than initially believed – 1.8 billion forints (about $4.5 million) – and that some of it arrived before the elections took place.

Although the declassified documents comprise only part of the investigators’ report, they hint at the possibility of U.S. government involvement. Included among them is the following diagram, indicating the various individuals and organisations that are linked to Action for Democracy:

On the right-hand side is the National Endowment for Democracy – an organisation funded by the U.S. government and about which one of its former presidents said, “A lot of what we do today was done covertly 25 years ago by the CIA”. Little additional information is included in the declassified documents, aside from the following statement:

In 2014, the management of NED assessed that the Hungarian domestic political situation had become so worrying that an intensive thinking process began about resuming their activities in Hungary. If organization decides to re-appear in Hungary, does not wish to open an office in Hungary, rather, it is looking for Hungarian partners through whom it can implement its goals.

It’s therefore unclear whether the National Endowment for Democracy was involved in funding the opposition movement, or whether any claims to the effect are mere speculation.

Also of interest is Action for Democracy itself. As shown in the diagram above, the organisation’s advisory council includes several prominent liberal interventionists like Anne Applebaum and Francis Fukyama, as well as the former Supreme Allied Commander of NATO, Wesley Clark.

On the “Where do we help” section of its website, Action for Democracy lists five “key battlegrounds”, which all happen to be countries with nationalist/populist governments.

Based on the make-up of its advisory council, and the list of five countries on which it claims to focus, one could be forgiven for thinking Action for Democracy is less concerned with promoting democracy than with opposing national conservatism. Indeed, both “diversity” and “inclusion” are featured among the organisation’s “values and beliefs”.

Whether Action for Democracy has any goals beyond the ideological remains to be seen. According to this Hungarian documentary, which has an obvious pro-Fidez slant, the organisation may represent certain business interests that would benefit from a change of government in Budapest (such as U.S. LNG companies). However, the evidence provided is weak.