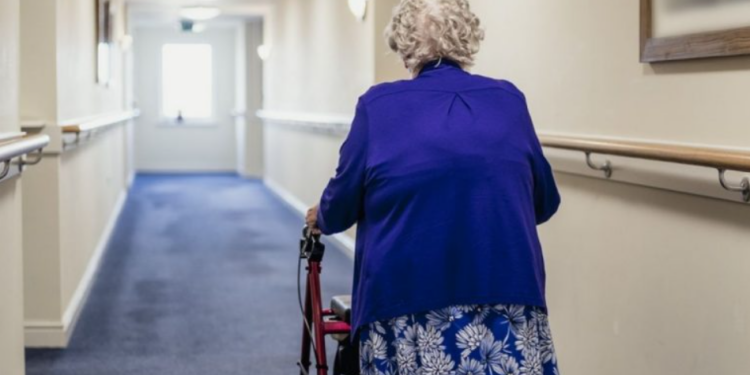 If you’re interested in any aspect of MAID can I recommend this Canadian Government report – after all, I suspect it’s only a question of time before it comes to the U.K.

Canada’s not alone. In the Netherlands there are over 7,500 assisted suicides per year, more than 5% of all deaths. Assisted suicide is also legal in Belgium, Switzerland, Luxembourg, parts of the U.S., Colombia, New Zealand, Spain and Australia. It looks like it will also soon be possible in Germany, Austria and Italy.

Personally, I’m not opposed to assisted suicide; it looks to me like a rather more attractive proposition than many of the alternatives. I think it was John Mortimer on being asked why he didn’t stop smoking replied: “There’s no pleasure worth giving up for an extra year or two in an old-people’s home.”

(Incidentally, Canadian retailer Simons has been in the news this week for using assisted suicide as a promotional tool in an advertisement ‘All is Beauty’. I’m genuinely at a loss to know where this would stand in light of the Government’s proposed Online Harms Bill – is it promoting suicide or beauty products, or both?)

In the Canadian Report, the profile of MAID recipients, while skewed heavily towards those terminally ill with cancer, still bears a remarkable similarity to that of Covid victims. Recently, the controversial category ‘non-RFND’ (non-reasonably foreseeable deaths) has been added to those eligible for MAID. It includes people with mental health conditions such that they wish to end their own life. It remains to be seen how this will impact on the numbers in the future.

At the current rate of growth, by 2023 or 2024 the number of MAID recipients will be higher than the number of Covid deaths in any of the past three years.

Last time there was a debate in the U.K. Parliament to legalise assisted dying it was defeated 330 votes to 118. However, if I was a betting man, I would put money on it getting through in the not too distant future. Figure 3 shows how, if the U.K. were to follow the rate of progress observed to date in Canada, we could expect to see about 60,000 medically assisted deaths per year within 10 years.

I’m not trying to make a point about the morality of assisted dying. The issue for me is the paradox at the heart of the pandemic response in virtually all countries. The Canadian Government will have spent billions of dollars supposedly saving the lives of exactly the same demographic of people they’re routinely killing off.

In the U.K. we’ve used the concept of QALYs (quality-adjusted life years) to try to objectively quantify whether the taxpayer should fund medical treatment. A few years ago there were frequent newspaper headlines about whether we should fund some new wonder drug, invariably an ill child was featured and the minister of the day was pilloried for not spending X millions of pounds of taxpayers’ money to save little Johnny. Either the minister backed down or a celebrity stepped forward and saved the day. A QALY was generally set at about £30,000.

The National Audit Office’s (NAO) Covid Tracker website reports that we taxpayers have run up a bill of £376 billion to June 2022 supporting all manner of largely pointless pandemic response measures. Of course, this £376bn ignores the costs in terms of reductions in tax receipts due to reduced turnover and profits and losses to individuals and businesses. Be that as it may, let’s accept the NAO June figure and just see how many QALYs we might have expected such an investment to save.

We know the average age of Covid fatalities is about 82. We also know that the vast majority have comorbidities, but let’s be generous and assume that the average Covid fatality would have gone on to live another five years. If we then divide the number of QALYs by five we can see how many saved lives our £376bn should have got us:

Let’s go back to March 2020, when we thought we were trying to save the 450,000 lives Ferguson said were at risk. In the event, nearly three years later, we’ve now reported just over 200,000 Covid fatalities. Let’s, for the sake of argument, accept that the pandemic response saved 250,000 people. That still looks like we spent more than 10 times per life than the QALY approach would recommend.

Personally, I suspect that the pandemic response will prove to have cost lives rather than to have saved them, but I suppose someone might persuade me that 25,000 lives were, if not saved, perhaps prolonged for a while. In which case the tax-payer spent 100 times more per life saved than might have been the case following a QALY approach.

Are these different cases or have the Canadians, the Dutch, the Belgian’s etc. got their moral compass hopelessly messed up? Governments are spending 10 to 100 times more than they should trying to save, essentially, the same cohort or old, infirm and vulnerable people, that they’re offering assistance to bump off through programmes such as MAID. You may argue that assisted suicide is a personal choice whereas a Covid death isn’t. But you have to admit, it’s an odd way to spend vast amounts of money.