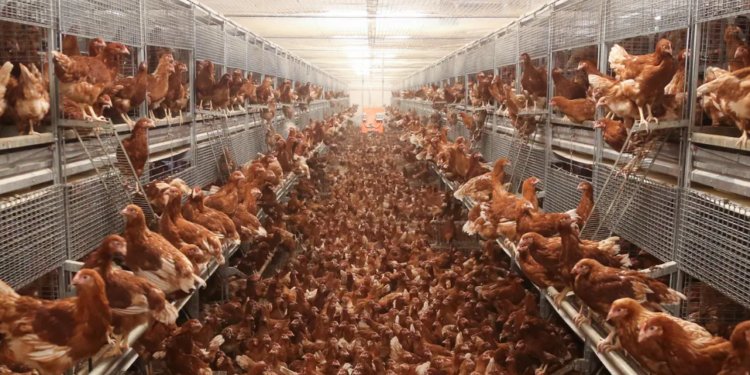 Avian influenza is a highly contagious viral disease which occurs primarily in poultry and wild water birds. Avian influenza viruses are either high or low pathogenic viruses (HPAI and LPAI, respectively) depending on the molecular characteristic of the virus and its ability to cause disease and mortality in chickens.

HPAI was first recorded in 1996 in East Asia.

Most strains of avian influenza cause no or few signs of disease in infected wild birds. By contrast, the current outbreak is of Highly Pathogenic Avian Influenza (HPAI), which can cause severe disease and high mortality.

The U.K. Health Security Agency continues to advise that the risk to (human) public health from the virus is very low and the Food Standards Agency advice remains unchanged, that avian influenzas pose a very low food safety risk for U.K. consumers. Properly cooked poultry and poultry products, including eggs, are safe to eat.

Avian influenza is spread from bird to bird through contact with infected saliva, nasal secretions or droppings. Wild birds are often more resistant to bird flu than domestic birds and can carry and spread the virus without showing symptoms.

This has led to speculation that wild birds are the main cause of bird flu spreading, but there are several ways by which the disease is spread. Globally the most significant has been the unrestricted movement of poultry and poultry products.

As wild birds’ movements cannot be restricted in any meaningful way the only significant way to reduce the spread of avian influenza is by restricting and monitoring the movement of poultry and poultry products and, possibly, by trying to limit the mingling of captive and wild birds.

Thus the decision to have any restrictions is based upon 1) a desire to lower the incidences and impact of HPAI, 2) a wish to protect and improve the health of the at-risk species, and 3) a belief that the restrictions will be financially effective and proportionate.

I am concerned about the U.K.’s restrictions and lockdowns which appear to have been in use since January 2018. There have been various measures mandated for all bird keepers such as:

For some periods there have been more restrictive requirements such as compulsory housing orders, with all captive birds being required to be kept indoors for the duration (months) of the order. This is what was mandated last winter 2021-22 and is, it seems, likely to be mandated again.

I was curious as to what research had been carried out into avian influenza and how to prevent its spread. My FOIA (Freedom of Information Act) request was sent to the Animal and Plant Health Agency (APHA) and asked them to let me know:

The information I have currently received is incomplete and mixed but, taking each query in turn:

The two scientific papers referenced by the APHA came to the following conclusions:

My conclusions (so far).

First, it seems unbelievable that no-one has done or requested that any research be done into the impact on animal welfare by housing hens, ducks, geese (and others) for months without access to sunlight, bathing water etc. Both as regards the direct damage to the birds from the housing but also the impact on their susceptibility to catching and being affected by avian influenza, for example by spending more time in very close proximity to other birds and a loss of general health by a lack of light and the importance, especially for ducks and geese, of bathing.

This seems similar to the approach with cattle and TB, where all cattle are killed if they come into contact with it, whether or not they are resistant etc. I have spoken to many vets who say they do not understand or agree with this approach.

Lastly, the CVOs and APHA have been told that they must ‘do something’ even if what they are doing is not building up natural immunity, resulting in fewer dead birds, improving animal welfare or minimising impact on the poultry industry.

UPDATE January 5th 2023: DEFRA has confirmed that it has no record of any matters relevant to my query, “What the belief/position of the CVOs for the U.K. and its regions is as to the long-term sustainability/impact/benefits/risks of continuing the policies each winter”. This implies that the CVOs have not even considered whether these winter (or more) lockdowns and other policies are making any difference or are sustainable to do each year. So basically they are not making any long term plans and just taking each ‘outbreak’ as it comes. Not a very scientific approach to a long term issue.