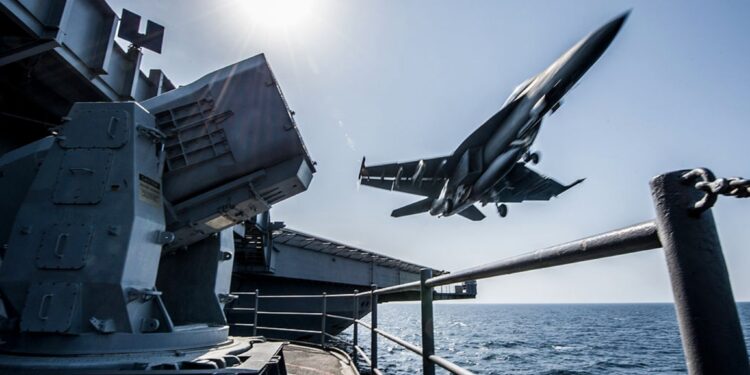 The U.S. and its allies claim to uphold something called the ‘rules-based international order’. But is this really true?

No – according to Gérard Araud, former French ambassador to the U.S., who gave an unusually frank account of Western foreign policy in a recent debate:

I’ve always been extremely sceptical of this idea of “rules-based order” … I was the permanent representative to the United Nations. And actually, when you look at the hierarchy of the United Nations, everyone there is ours … when you look at the undersecretary generals, all of them are either American, French, British and so on … this order is reflecting the balance of power in 1945 … the Security Council, 95% of the time, has a Western-oriented majority.

When the Americans want to do whatever they want, including when it’s against international law, as they define it, they do it. And that’s the vision that the rest of the world has of this order. The United Nations is a fascinating spot because you have ambassadors of all the countries … and their vision of the world is certainly not a rules-based order. It’s a Western order. And they accuse us of double-standards, hypocrisy and so on.

As the analyst K.J. Noh notes, there is already “a compendium of agreed-upon rules and treaties that the international community has negotiated”. It’s called international law, and is held together by the UN Charter.

American officials generally prefer the term ‘rules-based international order’ over the term ‘international law’, Noh argues, because they don’t want to be constrained by such laws. In fact, neoconservatives like the New York Times-columnist Bret Stephens believe the US should simply withdraw from the UN.

Consider recent events. America and its allies have rightly condemned Russia’s invasion of Ukraine as a violation of international law.

Yet the U.S. currently has troops in Syria against the explicit wishes of Syria’s government. The stated justification for this ongoing breach of international law is to help the Syrian Democratic Forces fight ISIS. But in 2019 former President Trump blurted out, “We left troops behind only for the oil”. His ‘gaffe’ is consistent statements made by other U.S. officials.

Once again, the U.S. and its allies have rightly condemned Russia’s annexation of four Ukrainian oblasts as a violation of international law.

Yet in 2019, the U.S. officially recognised Israel’s annexation of the Golan Heights – an area of Western Syria that it has occupied since 1967. No other country has recognised Israel’s claim to the territory, and a spokesman for the United Nations said “the status of Golan has not changed”.

Since the end of the Cold War, the U.S. has launched numerous illegal foreign interventions, some of which involved war crimes. Just last year, the U.S. killed seven children in a botched drone strike during its chaotic withdrawal from Afghanistan. And American officials like John Bolton openly brag on TV about having “helped plan coup d’etats”.

None of this implies the U.S. is the only country that violates international law. It just happens to be among the worst offenders. Which makes a mockery of the ‘rules-based international order’ that America and its allies claim to uphold.