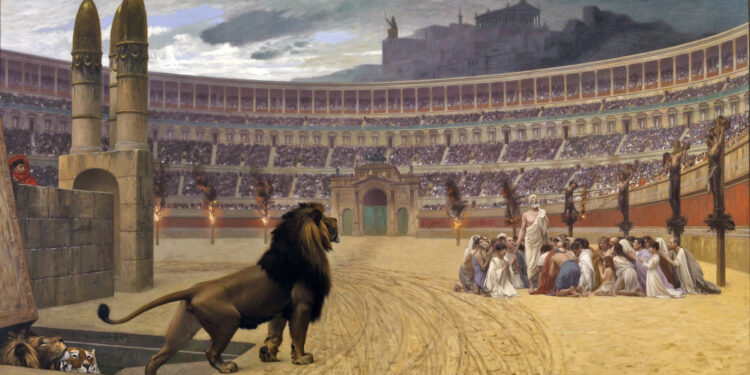 A statement by the U.K.’s main prosecution service says it is “no longer appropriate” to read parts of the Bible aloud in public. Christian groups have called the statement “ill-judged” and “concerning”. The Belfast Newsletter has more.

The story all stems from a confrontation between a man called John Dunn, a soldier-turned-evangelist, and two lesbians.

It took place on the streets of Swindon two years ago.

Mr. Dunn was charged with using “threatening or abusive words or behaviour, or disorderly behaviour within the hearing or sight of a person likely to be caused harassment, alarm or distress thereby”.

It was alleged he shouted that the women would “burn in hell” and called one of them a “devil woman”.

Mr Dunn denied this, though his lawyers at the Christian Legal Centre said he acknowledged telling them: “It says in the Bible that homosexuals will not inherit the kingdom of God.”

According to Mr Dunn’s lawyers, the case against him was discontinued during this week because the complainants could not be reached.

While pressing their case against him though, the CPS said the following in writing to the court:

“Whether a statement of Christian belief or not, the court is being asked to consider whether the language has the potential to cause harassment, alarm or distress.

“This document is not the forum for religious debate, but the bible contains other material recognising slavery (Exodus 21:7), the death sentence (Exodus 35:2 and Leviticus 24:16) and cannibalism (Deuteronomy 28:27).

“There are references in the bible which are simply no longer appropriate in modern society and which would be deemed offensive if stated in public.”

The group Christian Concern, which works in tandem with the Christian Legal Centre, has issued statements about this case to the press in the past week, but there has been virtually no media coverage of it, despite its potentially far-reaching implications.

Needless to say, the criminalisation of certain passages in the Bible has yet to illicit a whisper of criticism from the Church of England.