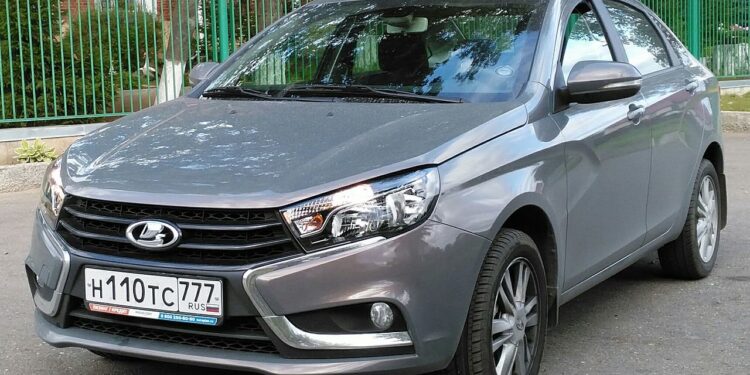 It is now pretty much consensus that the sanctions on Russia have failed. Yet their failure was extremely predictable. Why did Western policymakers think they would work? It appears that they did not undertake a realistic economic analysis. The invasion caught many by surprise, to be sure, but this doesn’t excuse policymakers from not gaming out a sanctions scenario beforehand.

At a macro-level it is not hard to show that the sanctions have failed. You can look at Russian GDP projections from the IMF for 2022 which see the Russian economy contracting by 3.4% – a far cry from the ~50% decline President Biden promised us. Or you can look at falling Russian inflation and interest rates – and compare them to rising inflation and interest rates in the West. Or you can simply look at the looming energy crisis in Europe. Whichever way you cut it, the macro failure of the sanctions is clear.

But what about the micro level? Many Western companies ceased doing business with Russia, which means the structure of the Russian economy will have to change dramatically. One of the most publicised Russian responses was their creation of an alternative to McDonald’s called ‘Vkusno I Tochka’ which translates to ‘Tasty and That’s It’. The company simply cannibalised the restaurants and supply chains McDonald’s was using and changed the name on the sign. Since then, the company has apparently expanded into Belarus.

It was not hard for the Russians to rebrand McDonald’s outlets within the country and keep them operating. All they really lost is the brand. But what about an industry that requires manufacturing and engineering? That should be far more difficult to ‘substitute’ than a restaurant chain. Let’s look at the Russian car market in detail to get a sense of how it has been impacted by sanctions.

The first question to ask is: are Russians unable to buy new cars due to the sanctions? There are plenty of headlines about huge contractions in the Russian new car market, but they are obviously misleading. Why? Because the Russian economy has fallen into recession since the invasion. So some of the contraction of demand for cars is simply due to the larger economic contraction.

Here we see the regression predicted that car sales growth would fall around 31% for a 3.4% contraction in real GDP. But the actual fall we saw was around 62%. So we can conclude that around half of the decline in new car sales in Russia was caused by the recession and around half was caused by sanctions targeting the car market.

This fits with some of the more reliable news reports from Russia. For example, Reuters reports that President Putin has admitted there have been some disruptions in the Russian car market and has suggested price caps to ensure that Russian carmakers do not take advantage of the shortage of cars to gouge Russian customers. The head of Avtovaz, one of Russia’s leading carmakers, said the industry had “never before faced such a large-scale and comprehensive challenge”.

How do we evaluate the roughly 30% decline in car sales that we can attribute to the sanctions? As the Russians themselves admit, it has undoubtedly introduced challenges. But a 30% decline is, on balance, not that bad – especially considering that we are not even a year into the sanctions. It seems likely the Russians will get the market for new cars back on track within a year or two.

So one-third of would-be new car buyers will have to delay their purchases for a year or two. Inconvenient, but hardly a nation-destroying crisis – and far less onerous for the average Russian than the energy shortages Europe faces over the next two years.

What about long-term changes to the composition of the Russian automotive market? This, I would argue, is far more interesting to study. As the multipolar world emerges, the changes Russia sees to its automotive market may provide a template for many other countries. The two charts below show the percent of cars sold in Russia that are of Russian and Chinese origin versus the rest, in 2021 and 2022.

Sales of Russian models have increased enormously, doubling as a share of the total and now making up more than half the overall market. The Chinese share of the market has also tripled and now comprises almost a fifth of the total; Chinese models now compete with all other international models.

What Russia is showing is that a country can have a relatively functional car market without relying on Western and Western-aligned car manufacturers. In the coming years, it seems likely that Russian car shortages will cease. But unless something dramatic happens, it seems unlikely that Russians will start buying large quantities of international models again.

In the 1990s, the West used to see its economic influence in countries like Russia as a victory and a show of Western power. This was always the correct view. Now our leaders see the exclusion of Western products from foreign markets as a victory. This is such a muddled view it is almost comical. It is the sort of view that shows how ill-prepared our leadership class are for navigating the new multipolar world.