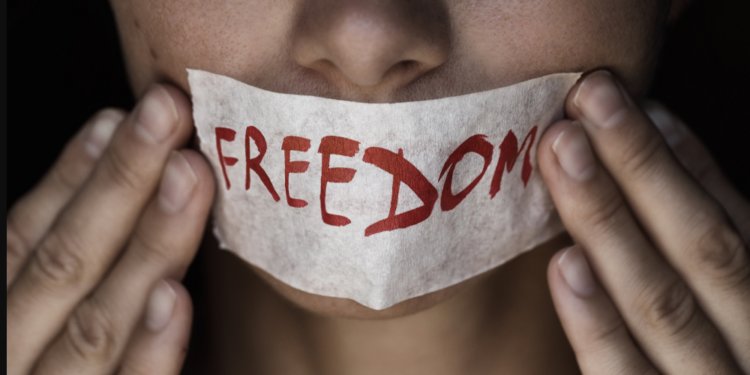 As a director of the U.K. Medical Freedom Alliance, the U.K.’s most recognised and respected organisation advocating every individual’s right to informed consent, bodily autonomy and medical choice, I was shocked and appalled to read the article “Understanding and neutralising COVID-19 misinformation and disinformation“, published in the BMJ on November 22nd 2022. The article contains insinuations and unsubstantiated and unreferenced allegations concerning the UKMFA (and other organisations including HART, UsForThem and Children’s Health Defense) and which appeared to seek to undermine the contribution of our organisations to a critical debate of national importance.

My shock at the tone and text of the article, and its inclusion in a highly respected medical journal like the BMJ, has been echoed by notable scientists and doctors around the world including Dr. Jay Bhattacharya, who posted this strongly worded tweet calling out the “authoritarian nonsense” proposed by the authors of the article, which violates “key civil rights” and is “inconsistent with long standing free speech norms in democratic countries”.

My fellow directors and I were disappointed not to have been offered the customary ‘right to reply’ by the BMJ before the article was published, and we have, therefore, been compelled to write an open letter of complaint to Dr. Karam Abbasi, the Editor in Chief of the BMJ, to be published as our rebuttal to the article (reprinted in full below). In it we comment that it is regrettable that the approach of the authors borders on the defamatory, is manifestly unscientific, and falls short of the editorial standards that the BMJ professes to uphold. In our letter we request an immediate retraction of this article and a published apology.

It is deeply disturbing that there should be such a blatant push to silence legitimate scientific debate and to seek to exclude opposing voices from the U.K. COVID-19 Inquiry. We contend that the main aims and objectives of a public inquiry are to scrutinise and evaluate all the policies that the Government implemented and to carry out a retrospective full cost-benefit analysis and assessment of any resulting collateral damage. Now is the time to calmly and rationally assess all the arguments and evidence that campaigning groups have tried to present – much of it, due to extreme censorship, deliberately kept away from the public and political sphere for debate.

The call by the authors of this BMJ article to promote and enforce only one ideology in a totalitarian way, the unsubstantiated smearing of named organisations, and the stated aim to outlaw any other viewpoint, should have made this article unsuitable for publication in a respected scientific journal such as the BMJ.

Re: BMJ 2022;379:e070331 “Understanding and neutralising COVID-19 misinformation and disinformation“

We are the Directors of the U.K. Medical Freedom Alliance (UKMFA), an independent organisation run by a team of medical professionals, academics, scientists and lawyers, and the U.K.’s most recognised and respected organisation advocating every individual’s right to informed consent, bodily autonomy and medical choice.

The UKMFA was named in the above referenced article, published in the BMJ on November 22nd 2022, and we take issue with insinuations and unsubstantiated and unreferenced allegations contained therein, concerning the UKMFA, which appear to seek to undermine our contribution to a critical debate of national importance.

It is regrettable that the approach of the authors borders on the defamatory, is manifestly unscientific and falls short of the editorial standards that your journal professes to uphold. Furthermore, we are disappointed not to have been offered the customary ‘right to reply’ before the article was published.

The authors imply (by association) that the UKMFA is secretly and generously funded.

Throughout the pandemic, some people have opposed almost all measures introduced by Governments at Westminster and in the devolved administrations, from the initial lockdown to mask mandates and vaccination certificates. Their messages are similar to those promulgated by adherents to an extreme libertarian philosophy that is now prominent in some sections of society in the United States. Some benefit from generous funding from those opposed to what they term ‘big government’, and some of their messaging has been claimed to include evidence that is fabricated, distorted, or taken out of context. (emphasis added)

Aside from the defamatory implication that the UKMFA occupies the far-right fringes of a political debate, for which the authors provide no evidence, we wish to clarify that the UKMFA is solely funded through modest donations from members of the public, which cover website and other administrative costs, and is staffed by unpaid volunteers.

Further, as quoted below, the authors explicitly (and wrongly) claim that the UKMFA has “opposed vaccination”.  This is an obvious attempt to smear and discredit the UKMFA and label our organisation as ‘anti-vaxxers’, with no evidence cited to support that claim.

This raises the question of what a campaign is. When different groups submit versions of the same text, the connection is obvious. But other links are less obvious: for example, the BBC reports that UsForThem, which has attracted high level support from politicians in its campaign against restrictions in schools, has links with the Health Advisory and Recovery Team (HART), which in turn has worked on a campaign against children being vaccinated against COVID-19. HART, meanwhile, shares members with groups that have opposed vaccination, such as the U.K. Medical Freedom Alliance and the Children’s Health Defense. (emphasis added)

The UKMFA’s sole publications to date on the topic of vaccines are concerned only with Covid vaccines, products of which the long-term safety remains unverified, and on which the medical community should surely welcome a healthy and open public debate. Although we have always campaigned for the Covid vaccines not to be administered to healthy children, we have only recently called for the entire Covid vaccine rollout to be halted, based on glaring safety signals and overwhelming evidence of harm from thousands of published papers, real world data and official safety databases from around the world.

A key remit of the UKMFA is to provide evidence-based information for individuals, doctors and other healthcare professionals to aid the process of informed consent in line with well-established principles of medical ethics and law. All the material we publish is evidence-based and fully referenced, which the article’s authors fail to acknowledge, apparently preferring ad hominem attack.  We would be delighted to engage the authors in a debate on the science, should they find time away from writing propaganda pieces.

Several statements in the article contain an unsupported assumption of objective truth and assume a primacy of one view only. The authors have failed to interrogate their assumptions or accept the possibility of error. They also fail to recognise that the scientific method fundamentally involves constantly challenging existing hypotheses and developing them as new evidence or data becomes available; that there is no such thing as a ‘consensus’ in science or medicine; and that debate and discussion are essential for science and medicine to be practised ethically and safely. These basic concepts are ignored by the authors and instead identified as a problem to be solved e.g. “During the COVID-19 pandemic, several groups have been active in opposing evidence based public health measures.” (emphasis added)

Regarding the statement below, we can assure you that in a climate of extreme censorship of opposing views, the UKMFA has had no mainstream media voice, as opposed to the Government’s constant voice in the press and media.

The public inquiry should do three things. Firstly, it should examine the extent to which groups promoting contrarian messages were able to influence policy. We think it unlikely that they were able to do so directly but, given their links to the media and influential politicians, they should be investigated. (emphasis added)

To label a different view as “contrarian” is pejorative and highly subjective. We contend that the main aims and objectives of a public inquiry are to scrutinise and evaluate all the policies that the Government implemented and to undertake a retrospective full cost-benefit analysis and assessment of any resulting collateral damage. Now is the time to calmly and rationally assess all the arguments and evidence that campaigning groups have tried to present but, due to censorship, were deliberately kept away from the public and political sphere for debate.

As the authors concede:

The discussion will likely centre on the science, but it will also consider ideology, in particular the relation between individuals, society and the state. When is it justifiable to impose restrictions on one group of people to protect others, for example? Some people take the view that it hardly ever is. (emphasis added)

The article seeks to promote and enforce only one ideology in a totalitarian way, smearing and seeking to outlaw any other viewpoint, which should have made it unsuitable for publication in a respected scientific journal such as the BMJ.

In an open society, which affirms principles of free speech and rational debate, dissenting and minority voices play a vital role in making a full and honest assessment of the radical policies that were implemented during the pandemic, to help avoid repeating the same mistakes in the future. It is thoroughly dishonest of the authors to suggest that all the experts are on the side of the mainstream ‘public health’ view, and that there are no experts in their respective fields who disagree with the paths taken. There are many such experts around the world and these experts should not be silenced.

Considering the above, we respectfully request an immediate retraction of the article and a published apology from the authors.