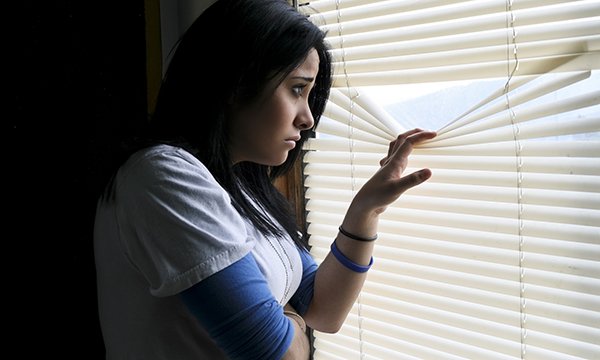 Please contribute to this fundraiser so Marcus Blackett and Richard House can challenge their conviction for breaking coronavirus regulations in Cheltenham Magistrates Court on February 28th next year.

Marcus and Richard’s arrest came on January 9th 2021. Both trained psychological therapists and dismayed at the failings of the state to address the tsunami of mental-health and emotional problems being unleashed nationally as a result of draconian covid restrictions and lockdowns, they set off that morning towards their local town High Street in Stroud wearing sandwich boards bearing the words “Citizens’ Conversation”.

Their aim was to offer their expertise to the people of their town – those who wished to engage them – who were struggling mentally under the weight of the soul-crushing restrictions. They also wanted to protest against the imposition of the Covid regulations and to highlight that the “cure” was worse than the disease.

Ironically, while in conversation with a healthcare worker who had approached them in distress and who wanted someone to talk to, Police arrived. They were not there to clap for carers, but to interrogate and arrest the pair for “breaching Coronavirus Regulations by being in a ‘gathering’ in an outdoor place of two or more people whilst in a Tier 4 area”.

Marcus and Richard were taken into custody and told they would receive a Fixed Penalty Notice and later a Summary Justice Procedure Notice. They decided to take a stand and challenged the notices. Following months of correspondence, they discovered, having not been notified of any trial date, that they had been convicted of the offence in absentia and saddled with criminal records and considerable fines. Their treatment would not have been out of place in Stalinist Russia.

The pair were able to fundraise in an effort to have those convictions overturned and instructed Murray Hughman solicitors, where I work. At Cheltenham Magistrates Court on October 26th, their barrister Hannah Thomas of 2 Hare Court and I succeeded in persuading the Court to set aside their original convictions and fines, and reopen the case with a fresh trial ordered. In so doing, the Court commented that the important and novel issues raised with regards to the interference with human rights might well be worthy of examination by the Supreme Court.

In light of the Court’s directions, Police explained that they wished to review the case to decide whether it remained in the public interest to pursue it. It was hoped a sensible decision would be reached by Police, given what we now know about the disastrous impact of the lockdown policy. However, that was not to be and on November 9th the Court was informed that the Prosecution would still go ahead and a trial date of February 28th 2023 at Cheltenham Magistrates Court was fixed.

Despite the decision to continue with the prosecution, Richard and Marcus remain determined to obtain justice, this time at a trial that they can actually participate in.

I’m just perplexed that in a supposedly free society, the legislature, the police and the legal system can treat normally law-abiding citizens in this way. We carefully researched the evidence on lockdowns and their effects, and the science was clear that lockdown restrictions do far more harm than good – and subsequent, more recent meta-analyses of numerous research studies have merely confirmed this fact. So how can the State criminalise citizens who are merely drawing attention to the demonstrable harm that State policies are themselves perpetrating on its citizenry? I thought it was only in Communist countries and tin-pot dictatorships that such things happen! It’s difficult not to conclude that perhaps a quite distinct agenda is operating here. As I say, I’m perplexed – and not a little alarmed at the state of civil liberties in Britain: we’re not looking for special treatment – all we want is justice in the wider sense of that term.

I hope this case opens up wider questions that can facilitate a deep conversation about civil rights and the right to demonstrate against unjust laws and iatrogenic State policy-making. If we are found guilty of these charges, it will be a dark day indeed for civil rights in this country – and we may well appeal to the Supreme Court to have this case reviewed. To lose this case could set a deeply worrying precedent for the future of civil rights in Britain.

The Coronavirus Regulations and the law relating to protests during the pandemic were often misunderstood. The legislation was rushed through Parliament, poorly drafted and ill thought out. The regulations in place at the time of Richard and Marcus’s arrest were completely inaccessible and opaque, and many, including the Police and the Courts, failed to understand or fully grasp them, leaving well-meaning people vulnerable to arbitrary and discriminatory decisions.

The continued prosecution of Richard and Marcus is appalling. The response to attempt to criminalise two men with reasonable concerns about the mental health implications of the lockdown policy is completely disproportionate.

Contrary to public and often law enforcement understanding, the Coronavirus regulations never completely prohibited protesting, even during periods of national lockdown. The interference with Marcus and Richards’ fundamental human rights of freedom of expression and freedom of assembly in the circumstances cannot be said to be a proportionate response, given that both were engaging in legitimate protest.

We have achieved successful outcomes in similar circumstances for others, including Debbie Hicks, where we have twice successfully argued that protesting during the Coronavirus pandemic was never illegal in all circumstances and we hope to obtain a similar outcome for Richard and Marcus.

A police constable’s role is to ‘work in partnership on a day-to-day basis with local communities, stakeholders and colleagues in order to promote law and order, reduce the fear of crime, provide reassurance and build confidence to improve the quality of life for citizens’. The arresting officer could have chosen to send us on our way after speaking to us, seeing that what we were doing constituted no threat. Where did this sergeant deploy common sense or adhere to any of the above job description in his actions?

“We hope to raise £3,600 for our legal fund to enable us to continue our fight against this injustice, and we ask the public if they will please consider donating to the legal fundraiser.

You can donate to Richard and Marcus’s fundraiser here.