The Online Safety Bill Risks Making Nicola Sturgeon the Content Moderator For the Whole of the U.K. 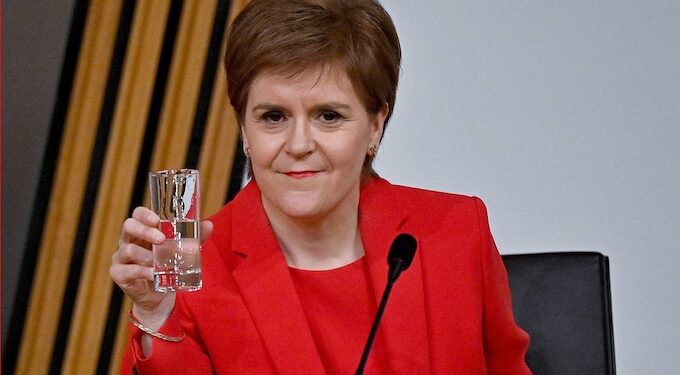 I’ve written a blog post for the Critic in which I identify one of the many shortcomings in the Online Safety Bill which the Government needs to address as well as removing the clause dealing with content that’s ‘legal but harmful’ to adults.

There is a little-known flaw in the Bill that risks making Nicola Sturgeon the content moderator for the whole of the UK.

I highlighted this flaw in the bill in discussions with Chris Philp, then the Digital Minister, earlier this year — and all credit to Graham Smith, an IT lawyer, for first pointing it out. The definition of illegal content in clause 52 (12) of the bill says the content social media platforms will have a legal duty to remove in every part of the UK will be content that’s illegal in any part of the UK (“offence means any offence under the law of any part of the United Kingdom”). Failure to remove such content could result in those platforms being fined up to 10% of their annual global turnover.

The obvious difficulty with that is it means the big social media companies like YouTube, Facebook and Twitter would have to remove something it’s unlawful to say in Scotland in every part of the U.K., effectively appointing Nicola Sturgeon the content moderator for the entire population. That’s a particular concern because last year the Hate Crime and Public Order (Scotland) Act received Royal Assent. Among other things, the Hate Crime Act makes it a criminal offence, punishable by up to seven years in prison, for a person to behave in a threatening or abusive manner or communicate material that is considered threatening or abusive to another person with the intention of “stirring up hatred” against people on the grounds of: age, disability, religion, sexual orientation, transgender identity, or variations in sex characteristics (intersex) (my emphasis).

In effect, if a feminist says in Scotland that she doesn’t think transwomen are women, she could be prosecuted for stirring up hatred. And because of the clause in the Online Safety Bill saying “offence means any offence under the law or any part of the United Kingdom”, the big social media platforms would have to remove any such content across the whole of the U.K.

As I make clear in my article, the Boris Johnson Government, having been made aware of this problem, tried to address it with an amendment last July, but the amendment doesn’t quite solve the problem.

Stop Press: For a summary of what else is wrong with the Bill, see this excellent piece by the IEA’s Matthew Lesh in the Spectator.