Jordan Peterson: COP27 is an Expensive Exercise in Futility as CO2 Emissions Climb Ever Higher and Renewables Cannot Do the Job 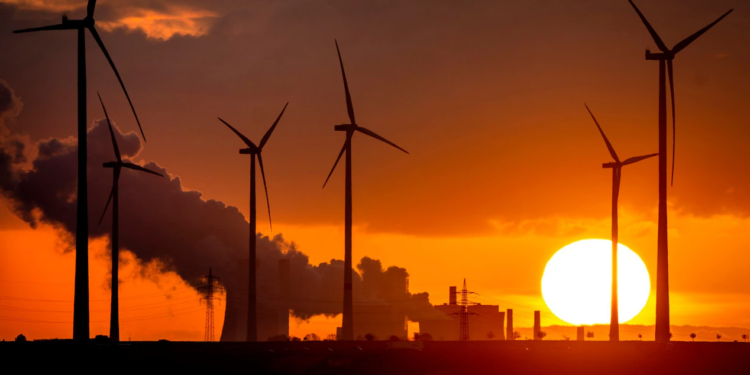 Insanity is doing the same thing over and over again and expecting different results – the famous quote often misattributed to Albert Einstein should be the unofficial motto of COP27, say Jordan Peterson and Bjørn Lomborg in the Telegraph.

Global CO2 emissions have kept increasing since the world’s nations first committed to rein in climate change at the Earth Summit in Rio de Janeiro in 1992 – despite dozens of climate summits and the global climate agreements struck in Kyoto and Paris. This is the case, once again, in 2022, when we will collectively set a new emissions record. While rich countries increasingly promise draconian cuts (and then generally backtrack, as they import huge amounts of oil, gas and coal to save their citizens from energy poverty, as they have done most recently to address the current energy crisis), most of the future emissions will come from the currently poorer countries in Asia and Africa, as they power their climb out of abject poverty.

In the previous 10 years, the world has focused more on remediating climate change than ever before. Despite this, we are not achieving anything, although no shortage of money has been wasted. In a surprisingly honest review of climate policies, the UN revealed a “lost decade”: The report found that it couldn’t tell the difference between what has happened and a world that adopted no new climate policies since 2005. Consider that: all those climate summits and grandiose promises – all that expense and trouble – and no measurable difference whatsoever.

This state of affairs is unsurprising, unfortunately, because today’s renewable energy sources have two big problems. First, they occupy a vast amount of space, often displacing nature: replacing a square yard of a gas-fired power plant requires 73 square yards of solar panels, 239 square yards of on-shore wind turbines, or an astonishing 6,000 square yards of biomass. One study found that the United States would have to devote a land area four times the size of the United Kingdom to ‘clean power’ to fulfill President Biden’s promise of a carbon-free economy by 2050.

Second – and of even greater importance – the two renewable energy technologies favoured by the vast majority of environmental activists are intermittent or unreliable. Solar energy simply isn’t produced when it is overcast or at nighttime. Wind energy requires a breeze. We are often told by green energy boosters that wind and solar energy are cheaper than fossil fuels. At best, that is only true when the wind is blowing, or the sun is shining. On a windless, dark night, the cost of wind and solar power rises to the infinite.

It is for such reasons that it is deeply misleading (although highly convenient) to compare the energy costs of wind or solar to fossil fuels only when it is windy and sunny. It is also important to note that since all solar energy is sold at essentially the same time (when the sun is up and shining), its value drops dramatically. When solar reaches 30% market share in California, as one study revealed, it loses two-thirds of its value.

Furthermore: because modern societies require 24 hours of non-stop power, backup is not optional – and that means reliance on fossil fuels, when there’s no sun or wind. As more solar and wind is introduced, moreover, fossil fuel backups become ever more expensive as they offer their services for fewer hours, to produce the necessary return on capital. And what of batteries? Globally, we have battery storage with the current capacity to store one minute and 15 seconds of the world’s electricity consumption. And that problem will not be ameliorated soon – even by 2030, global batteries will only cover less than 11 minutes of the global electricity consumption.

And these are just the problems with moving electricity away from fossil fuel. Electricity constitutes just 19% of total energy use, Peterson and Lomborg explain. “We’re far further behind in developing solutions for agriculture, manufacturing, construction, and transportation.” The most supposedly advanced of these solutions is electric vehicles, yet despite massive subsidies, “just 1.4% of cars globally are electric, and that number is not going up quickly,” they say. “The Biden Administration itself estimates that battery-electric cars will make up less than 10% of total U.S. automobile stock – by 2050.”

Peterson and Lomborg propose a new approach based on investment in innovation and simply not being in such a hurry. “Finding the breakthroughs that will power the rest of the 21st century could require a decade, or it could take four. But no other genuine solutions beckon, and we have already had three decades of spectacular failure pursuing the policies that are currently in place.”