COP27 Is About a Jet-Setting Elite Trying to Make a World of Fewer, Poorer People Who “Live Meagre Lives”, Says Ecologist 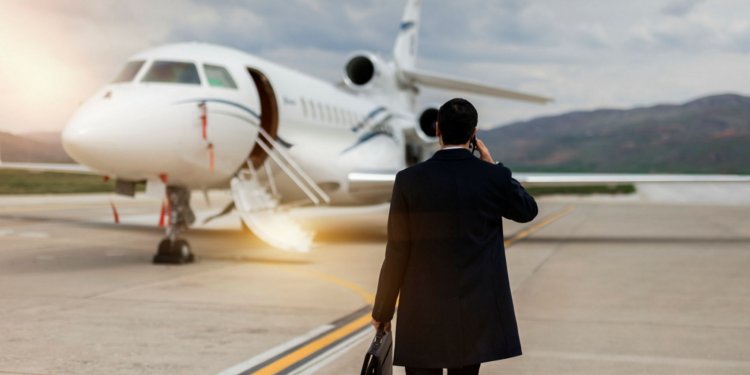 Ahead of COP27, the ecologist Dr. Susan Crockford has launched a hard-hitting attack on the World Wildlife Fund (WWF), the World Economic Forum (WEF), King Charles and Sir David Attenborough. The two men are said to “parrot WWF activist nonsense” that they naïvely accept as science. Dr. Crockford is an acknowledged zoology expert on polar bears, whose work on their recently growing Arctic populations has effectively removed them as a green poster story. She says it is clear that many of the goals of the WWF are shared by the WEF, and these complement the vision the King and Attenborough share for the future. “They all want a return to a world with fewer people that live meagre, circumscribed lives, while the rich carry on their jet-setting ways.”

Dr. Crockford writes that when the WWF began promoting itself as a scientific authority a dozen or so years ago, these “naïve elite boosters” accepted it without question, parroting unsubstantiated WWF climate doomsday talking points at every opportunity. In her view, these men don’t speak with an authority of their own on this topic, “they use their exalted positions to assist the WWF and others achieve their utopian dream: destroy for others the capitalism that created their own wealth and power”.

Population growth has long been a concern of Attenborough’s. In 2011, he was reported to have said that “he couldn’t think of a single problem that wouldn’t be easier to solve if there were less people”. In 2013, he made the crass remark that it was “barmy” for the United Nations to send bags of flour to famine-stricken Ethiopia. At the time this invoked comparison with Sir Charles Trevelyan, the civil servant during the Irish famines of the 19th century, who saw the starvation as retribution on the local population for their moral failings and tendency to have numerous children. But to counter all these Malthusian notions, there is the considerable evidence that population numbers fall as societies become wealthier. Increased care of the environment is also a feature of wealthier societies, as individuals no longer need to scavenge the land and wildlife to survive.

King Charles, meanwhile, is not a fan of ‘consumerism’. In a speech in 2009 as the then Prince of Wales, he calculated that “we had just 96 months left to save the world”. Capitalism and consumerism had brought the world to the brink of economic and environmental collapse, he claimed, adding “we can no longer afford consumerism” and that the “age of convenience” was over. Of course this only applies to loyal British subjects. Since his recent accession to the British throne, His Majesty has added greatly to his personal portfolio of staffed mansions and palaces. In 2017 it was reported that he had complained that his seat on a first class flight was “incredibly uncomfortable”. This of course is not a recurring problem, since his preferred mode of transport is the private jet.

According to Dr. Crockford, the King will lobby again this Friday for a collective world vision at a COP27 reception at Buckingham Place. Certainly the wording in the communication below suggests a highly political gathering, reviewing the progress and plans for the implementation of the command-and-control Net Zero project. This project is one of the great political issues of the age, since it calls for the removal of 80% of the world’s energy within less than 30 years, and its replacement with unreliable windmills and other yet-to-be-perfected sources of kinetic and solar power. Huge changes in societal and economic lifestyles are inevitable.

Dr. Crockford notes that she has spent years showing that conditions in the natural world are not as bad as Attenborough and the WWF insist and so do not warrant the extreme solutions proposed by King Charles, the WEF and many who will attend COP27. For more than a decade, she continues, the WWF has been wealthy enough to employ people with degrees in conservation biology, who we are encouraged to think of as unbiased scientists rather than activists with university degrees. Research projects are funded by the WWF and we are encouraged to think of them as “unbiased studies rather than exercises in circular reasoning”. The very nature of the organisation, she argues, means that all employees and associates have a skewed vision of the world and an agenda that must be served, which tends to distort any research before it can even begin.

Attenborough is said to hold the WWF in high regard, even after it morphed from a conservation fundraising organisation into a billion-dollar conglomerate that requires many millions of dollars in annual donations just to cover operating expenses and lobbying activities. Not being a scientist himself, he trusts the scientific authority of the WWF. If it says a sixth mass extinction is imminent, or that unsustainable human activity is pushing the planet’s natural systems that support life on Earth to the edge, “he not only believes them but enthusiastically passes along the message”, says Dr. Crockford.

The Daily Sceptic reported on Monday that a further group of hundreds of scientists had signed the World Climate Declaration (WCD), which states there is no climate emergency. The scientists, led by a Nobel physics prize-winning professor, note that climate science has “degenerated into a discussion based on beliefs, not on sound self-critical science”. Social media critics claim the WCD is not signed by any ‘climate scientists’, by which they mean people with conservation and renamed geography degrees. It is however signed by an increasing number of people with qualifications, research experience and top academic posts in pure sciences such as chemistry and physics. I imagine His Majesty’s invitations are in the post.

Why Does the UKHSA Vaccine Surveillance Report Never Mention Side-Effects?