How Many Ukrainian Soldiers Have Died in the War? 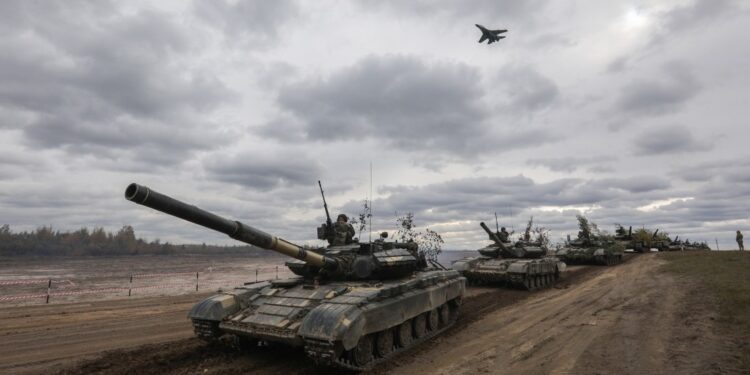 In a previous article, I estimated the number of Russian soldiers killed up to September 9th as 19,546. This figure includes the regular Russian armed forces, the Wagner mercenaries and the two separatist militias. It equates to an average rate of 99 men killed per day over the first 197 days of the war.

Assuming the death rate has remained roughly constant since September 9th, today’s total would be 24,496 – or just under 25,000.

How many Ukrainian soldiers have been killed? This is much harder to estimate. One of the key sources for estimating Russian military deaths is a database compiled by Mediazona and the BBC News Russian Service, which is based on obituaries and social media posts. No such database exists for Ukrainian military deaths.

The latest ‘official’ figure I’m aware of is from August 22nd, when General Valeriy Zaluzhnyi stated that 9,000 Ukrainian soldiers had died. Yet we should be sceptical of this figure: two months earlier, Presidential adviser Oleksiy Arestovych stated that 10,000 had died by June 3rd.

On the other hand, Russian Defence Minister Sergey Shoigu claimed on September 21st that Russian forces had killed 61,207 Ukrainian soldiers – which would equate to 72,335 today. This is almost certainly an overestimate for the simple reason that Russia has an incentive to exaggerate Ukrainian losses, the better to bolster its own morale.

In my article on Russian casualties, I concluded that the Ukrainians have been exaggerating their enemy’s losses. And there’s no reason to believe the Russians would act differently. (They’ve been understating their own losses, for example.)

So how many Ukrainian soldiers have died? One method is to extrapolate based on all the estimates of daily deaths that have been reported by Ukrainian officials.

Taking the midpoint of each estimate and then averaging yields a figure of 151. Multiplying by the number of days since the war started yields a total of 37,256.

There are two main issues with this figure. First, the number of men killed per day might not be constant over time. All the estimates of daily deaths were from the period encompassing late May to mid June. Going by estimates of Russian losses, this period was somewhat less deadly than the first two months of the war.

The death rate for the regular Russian armed forces was about twice as high during that period as it was over the summer.

And the same is true for the DPR militia. (According to the Economist, the DPR militia “have faithfully documented their casualties”. I obtained monthly estimates using archived versions of the Wikipedia page “Casualties of the Russo-Ukrainian War”.)

If the Ukrainian armed forces also sustained higher death rates during the first two months of the war, then 37,256 may be an underestimate. Assuming the death rate was twice as high for the period up to 30th April yields a total of 47,112.

On the other hand, some observers have argued that Russian losses were particularly high during that period because of the tactics they were employing (e.g., moving large columns of armour along main roads).

The second issue with the figure above is that it is based on the midpoint of the daily death estimates. Given that officials might be inclined to understate losses for the sake of morale, it is perhaps more reasonable to use the maximum of the ranges reported. Doing so yields a total of 47,341.

Overall, the Ukrainian armed forces may have lost between 37,000 and 47,000 men up to October 29th. These figures do not include soldiers missing in action or those taken prisoner.