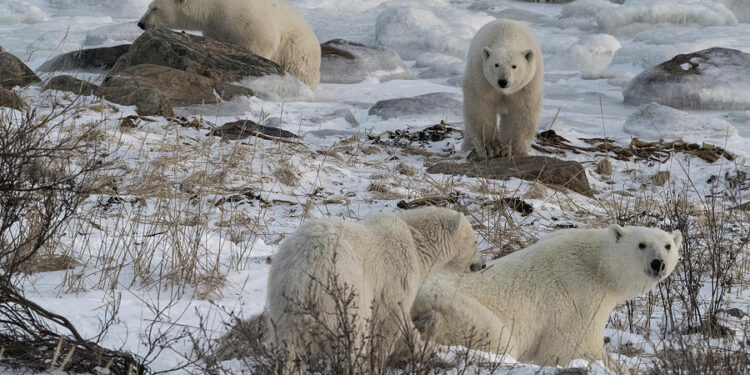 There have been further sightings of Dr. Johnson’s dog walking on its hind legs – or, rather, mainstream media outlets attempting to ‘fact-check’ climate science – “Sir, it is not done well, but you are surprised to see it is done at all.” Both Reuters and USA Today have weighed into our October 2nd article on the causes of the recent rapid slow-down of melting on the Greenland ice sheet, with the usual misgivings expressed about our opinions, not our facts. In of themselves, the ‘fact’ checks are tiresome, but they do provide an interesting insight into the substantial fault line that lies at the heart of the pseudoscientific proposition that the science around human-caused climate change is ‘settled’.

At one end of the green extreme is Professor Tim Osborn from the University of East Anglia who told a recent Daily Sceptic ‘fact’ checker that warming since the late 1800s to the present is all due to human-caused climate change “because natural factors have changed little since then”. However, in their ongoing work, many scientists track the substantial involvement of natural influences on the climate. This can be problematic for the climate alarmists since any natural explanation of climate change runs the risk of putting the human contribution in its proper context. It might, for instance, mean that a wider audience would become aware that the only significant global warming over the last 24 years in the accurate satellite record was caused by a powerful, and entirely natural, El Nino spike around 2016. Needless to say, all such doors has long been closed in the interests of promoting a settled political dogma.

Squaring this circle is well beyond the pay-grade of agenda-driven ‘fact’ checkers, so they tend to ignore it by limiting their checks to opinions, not facts. For some inexplicable reason, their work is often cited as definitive proof that climate emergency sceptics are wrong by social media companies like Facebook, and it’s possible that this is the main reason for their continued existence.

On October 2nd we reported on a paper written by three Japanese climatologists, commenting specifically on the recent decade-long slowdown of melting on the Greenland ice sheet. As we noted, the scientists wrote that “frequent occurrence of central Pacific El Nino events have played a key role in the slowdown of Greenland’s warming and possible Arctic sea ice loss”. Since the time of writing this article, the Daily Sceptic has reported further on the massive recovery in the melting rate, noting that to August 2022 there was a massive 471 billion tonnes annual ice boost on the surface, the 10th highest recorded in 42 years. This recovery has been in progress since 2012 when only 38 billions tonnes were created. We further noted that since the ‘calving’ loss at the Greenland coast is a computer-modelled annual loss figure of around 500 billion tonnes, it is reasonable to suggest that within the margin of error, the ice sheet may well have actually increased in size recently.

In our October 2nd article we argued that these revelations play havoc with the simplistic ‘settled’ science notion that carbon dioxide produced by humans burning fossil fuel is the main driver of global temperature warming. This notion is the central pillar of green activists’ claim that the climate will stop changing if the world reduces its carbon emissions to ‘Net Zero’ by 2050.

Reuters said that our article was “missing context” and the Japanese paper, “did not suggest that these local patterns are more potent than the overall warming power of increased atmospheric carbon dioxide generated by human activity”. This is a matter of interpretation, not fact. What is clear is that natural influences are at work. During the course of the paper, the scientists noted cooler conditions around Greenland compared with nearby areas, and commented: “This nonuniform Arctic warming can be attributed to natural variability, rather than anthropogenic forcing.”

Meanwhile, USA Today rates “false” the claim that the Greenland ice sheet is recovering, and earlier melting was caused by ‘natural warming’. One of the authorities consulted was Twila Moon, Deputy Lead Scientist at the U.S.-based National Snow and Ice Data Center, who said: “There is no sign that the Greenland ice sheet is recovering.” She added that ongoing ice loss is “certain”. But as we have seen, the evidence points to a massive, decade-long recovery in ice loss – and “certain” is not a word that reputable scientists use very often. The suggestion by USA Today that it is “false” to suggest that earlier ice sheet melting was caused by natural warming is at odds with the findings of the Japanese scientists who – remember – attribute the massive slowdown to “natural variability, rather than anthropogenic forcing”.

All these climate ‘fact checks’ – and we have had a few of late as regular readers will know – struggle with our reporting of scientific evidence showing considerable natural variation in the climate over time. Such information often contradicts the ‘settled’ science agenda that asserts humans cause all or most climate change. The Daily Sceptic might occasionally get a fact wrong – to err is human – and we will correct or remove as required. But to dress up a different interpretation of the facts – or an honest difference of opinion – as a factual error is misleading, no matter how many ‘experts’ are wheeled out to endorse this rhetorical sleight of hand. Calling these thinly-veiled polemics ‘fact checks’ is looking increasingly silly.

U.S. Schoolchildren Fall Almost a YEAR Behind Due to Lockdowns