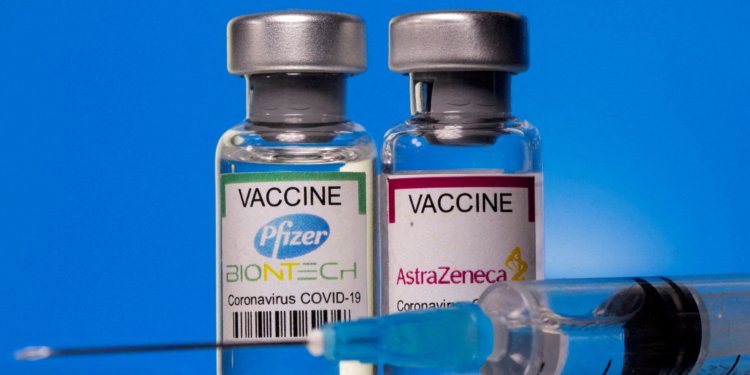 Back in spring 2021 the U.K.’s health agencies were in full swing, trying to get everyone in turn to take their free Covid vaccine. Back then, many people still believed that Covid was a serious threat to all of us, and as a result initial take-up was rapid and even younger age groups eagerly awaited their turn to take the elixir that would offer salvation. Back in those simple days there wasn’t much need to explain the details of how exactly the vaccines would offer salvation – Covid was a serious disease and as such you really didn’t want to catch it at all, and vaccines clearly would offer the necessary protection because of ‘antibodies’.

As time went on, however, it appeared that some ‘foolish’ people weren’t in mortal fear of Covid, despite the best efforts of the nudge units to make it appear that Covid was killing a large proportion of healthy individuals. So the agencies changed tactics. If people weren’t going to clamour for the vaccines, they’d use emotional blackmail and appeal for people to take their dose to ‘protect granny’ and to help our country reach ‘herd immunity’ so that we could eliminate Covid from our shores.

This encouragement to get vaccinated for the good of us all remained for a few months, until, around summer 2021, the message started to shift towards taking the vaccine to protect oneself from hospitalisation or death. And, once it was realised that people still didn’t care that much, to once again use peer pressure to embarrass people into getting vaccinated ‘to reduce pressure on the NHS’. It might have been a different country, but President Biden’s statement in mid-December 2021 is an excellent example of that propaganda at work:

For unvaccinated, we are looking at a winter of severe illness and death – if you’re unvaccinated – for themselves, their families, and the hospitals they’ll soon overwhelm.

But there’s good news: if you’re vaccinated and you had your booster shot, you’re protected from severe illness and death – period.

Of course, authorities worldwide had to change their message from protection from infection to protection from serious disease and death. By autumn 2021 it was clear that Covid was spreading widely in the vaccinated and that the vaccines weren’t offering anything like the protection from infection that had been promised only a few months prior. Note that our authorities never apologised to those who got vaccinated ‘to protect granny’ and neither did they ever state how lucky they’d been that the vaccines appeared to offer some benefit (protection against hospitalisation) despite their initial hopes of herd-immunity being dashed in such a short period of time. Instead they pretended that they’d always intended for the vaccines to protect against hospitalisation and death and that ‘protect granny’ never existed (I’m sure that politicians worldwide hate the way the internet permanently stores their various proclamations).

And so we get to our position today, where our authorities are surely breathing sighs of relief that the vaccines at least offer some protection from serious disease, if not infection and transmission.

Which is just one reason why a recent paper from Oxford, Edinburgh and Swansea universities in the International Journal of Epidemiology on the risk of serious Covid or death by vaccination status is so very important.

The paper analyses hospitalisations and deaths related to Covid in the populations of England, Wales, Scotland and Northern Ireland, comparing the impact of one or two doses of vaccine with the remaining unvaccinated population. It is quite a nice paper, and unlike most other epidemiological studies to date uses the ‘Target Trial’ study design. This data analysis method attempts to calculate what results would have been found had there been a full randomised trial undertaken at the initial vaccine rollout. Because the study was based on population-wide data there are many hundreds of thousands individuals’ data in the analysis, even after attempts to match the characteristics of the vaccinated and unvaccinated. Given that there were no large-scale studies into the safety and effectiveness of the Covid vaccines when they were first given in large numbers during 2021, this type of ‘emulation’ of such a study is possibly as good an approach as we’re going to get.

The results of the analysis are, quite frankly, astounding.

The study found that the effectiveness of the vaccines at preventing hospitalisation and death maintain a level of protection for some weeks following their administration, and then go negative at around 60-80 days post-vaccination. That means within two to three months, the vaccinated experienced a higher rate of Covid hospitalisation and death than the unvaccinated.

Here are their pooled results (all ages, all four countries) for the first dose of AstraZeneca vaccine:

Here are similar data for the first dose of the Pfizer vaccine:

Note that we see a similar outcome as for the AstraZeneca vaccine: a first dose of vaccine initially offers protection against hospitalisation and death but this situation reverses after around 70-80 days post-vaccination.

This appears to be a type of vaccine waning, but the authors point out that during this time there was a shift in the predominant variants (to Delta), and thus it could also reflect an interaction between the immune response to the vaccines and the ability of non-matching variants to cause serious disease.

The data in the paper for the second dose of vaccine are a little more complex to interpret. Instead of estimating the risk of infection versus the unvaccinated, the study calculated the risk relative to those that had only received their first dose of vaccine. For these data the AstraZeneca vaccine also results in increased risk after around 70-80 days:

The Pfizer vaccine, on the other hand, offered some additional protection compared with those who had only received their first dose of vaccine for the duration of the study period, staying below 1 – though appearing to be trending upwards towards the end of the period:

It is important to note that the study results suggest that the second dose of AstraZeneca made the risk of hospitalisation and death even worse than the first (as the comparison of the double-dosed is with the single-dosed), and that the second dose of Pfizer vaccine possibly offered enough protection to cancel out the additional risk of hospitalisation and death seen after the first dose.

To put some numbers to these estimates, at the 98 day point, the data in the study suggested that for the AstraZeneca vaccine the vaccine effectiveness (VE) in protecting against hospitalisation and death was approximately minus-89% after the first dose and that the second dose made this worse by minus-59%. For the Pfizer vaccine the respective VE estimates at the 100 day point were approximately minus-85% and plus-46%.

I should point out that these are pooled VE estimates, but similar VE were seen across different age groups. The exception to this is that the study didn’t include any data on care home residents nor those aged under 18 years of age – perhaps those individuals fared better after vaccination, or perhaps not.

The paper itself suggests two possible reasons for their worrying results:

Of course, it is entirely plausible that the increase in risk of hospitalisation and death after vaccination is directly linked to the vaccines themselves. It is a little odd that the authors didn’t explore this possibility in their paper.

There’s an important point about the results of this study. These results are for the impact of the vaccines on hospitalisation and death related to Covid infection and the paper offers no information on the impact of side-effects of taking the vaccines. It has been suggested by multiple authors that the vaccine side-effects are tolerable given the benefits offered by the vaccines. This clearly isn’t going to be the case if the vaccines don’t offer protection from infection (or make infection more likely) and if they don’t offer protection from hospitalisation and death (or make this more likely).

This is only one study, and it would be remiss to suggest that the evidence is overwhelming that the vaccines definitely increase the risk of hospitalisation and death relating to a Covid infection. However, there are other papers suggesting little if any benefits of the vaccines in terms of protection from hospitalisation and death. There really needs to be a halt in any vaccination of non-vulnerable groups, and it would appear to be unwise and unethical to encourage vaccination through the use of such measures as vaccine passports or requirement of vaccination for employment, etc.  Our authorities really need to undertake some significant and robust studies into the potential harms caused by these vaccines. I fear that the lack of robust pharmacovigilance following the rollout of the vaccines might already have caused significant harm.

I still remain amazed that there was no rigorous assessment of the safety and effectiveness of the vaccines as they were given to the population back in 2021 – the rulebook appears to have been thrown out of the window.

One last final point. I started this post with a suggestion that the increased risk of hospitalisation and death related to Covid in the vaccination would be harmful to the reputations of our nation’s authorities given the fervour with which they promoted the vaccines over the last two years. Of course, there’s also the small matter of the thousands of additional hospitalisations and deaths that have occurred if the results of the study discussed in this post turn out to be generally applicable to the population. It remains an open question whether our authorities will consider the threat to their reputations to be the most important factor and ignore these emerging data, or if they’ll choose transparency and immediately open an investigation into the potential for the vaccines to cause harm.

Amanuensis is an ex-academic and senior Government scientist. He blogs at Bartram’s Folly.