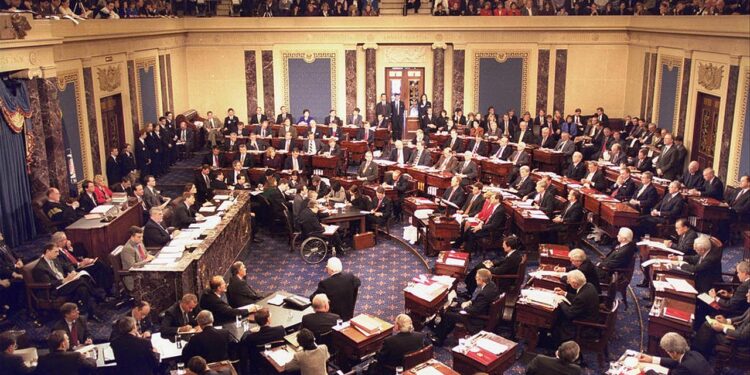 Yesterday, I wrote about a letter signed by 30 left-wing Democrats calling for Biden to “make vigorous diplomatic efforts” to end the war in Ukraine. Until recently, almost all U.S. politicians who’d expressed scepticism about the West’s Ukraine policy were right-wing Republicans. For this reason, the Democrats’ letter was notable.

Yet after only one day, it has been officially withdrawn. (This was noted in a late-breaking ‘Stop Press’ at the end of yesterday’s article.)

In a statement, the Chair of the Congressional Progressive Caucus said the letter was “released by staff without vetting”. She went on to say that “because of the timing”, the letter was being conflated with a recent Republican statement threatening to stop aid to Ukraine.

While it may be true that the letter was “released by staff without vetting”, this doesn’t explain why it took a full day to withdraw. If there had been a simple mistake – some staffer hit ‘publish’ when they shouldn’t have – the letter would have been withdrawn immediately.

Instead what seems to have happened is that the Chair was forced into a humiliating climbdown after the letter came under intense attack from other Democrats and Ukrainian officials.

Such a climbdown would be somewhat understandable if the letter had called for a radical shift in policy – like stopping all aid to Ukraine. But it did no such thing. In fact, the letter bent over backwards to win-over proponents of the current policy.

The authors did not suggest ending military or economic support for Ukraine, and they cautioned against pressuring Ukraine to accept an unfavourable settlement.

As part of the climbdown, Congressman Jamie Raskin (whose signature appeared on the original letter) posted a bizarre statement on his website, portraying the conflict in Ukraine as the latest showdown in America’s culture war.

“Thousands of Ukrainian women are fighting on the front,” he noted, and “sexual minorities are represented within the Ukrainian armed forces”. On the other hand, Russia is a “world center of antifeminist, antigay, anti-trans hatred”. These statements can be loosely translated as: ‘Don’t attack me for signing the letter. I’m really, really progressive.’

As Glenn Greenwald notes, the fact that such a qualified statement in favour of diplomacy was withdrawn after only a day indicates how intolerant of dissent today’s environment can be. This is not to say the letter was unimpeachable; there’s clearly an argument on the other side. But it was about as qualified as it could have been – and some critics still labelled it “appeasement”.

It’s not surprising that most Democrats want to continue with the current policy. After all, their guy is in the White House, and many of them still blame Vladimir Putin for the election of Donald Trump. But the fact that almost none are willing to expressing a dissenting viewpoint without immediately retracting it does not bode well for democracy.

Perhaps continuing with the current policy is the right thing to do. But lawmakers can’t have a serious debate in today’s environment. The second someone expresses the slightest scepticism, they’re shot down as a “Putin apologist”, an advocate of “appeasement” or some other McCarthyist bogeyman.

The poverty of debate on this subject isn’t just the fault of the mud-slingers. It’s also the fault of those lawmakers who are too cowardly to defend what are obviously reasonable arguments. A certain amount of mud-slinging is expected in politics. But for left-wing Democrats, even a speck is too much.

The Government is in Denial About the Risks of These Vaccines, Say MPs